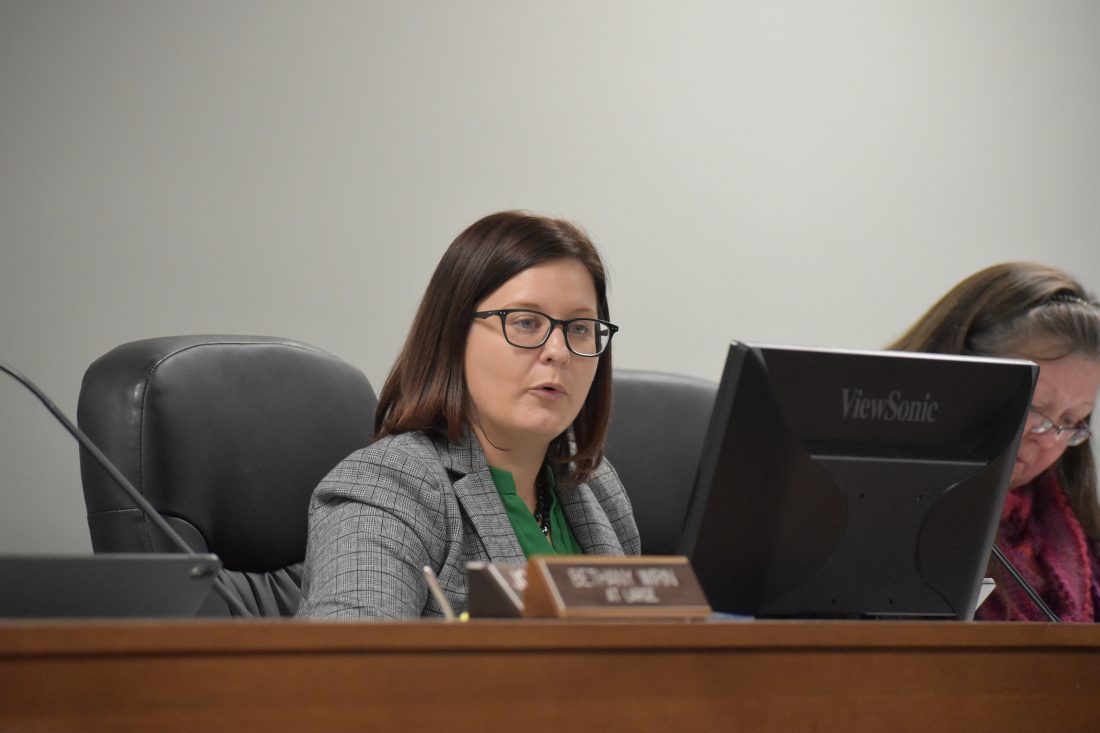 The City of Marshalltown’s Capital Improvement Plan was the focus of a long discussion for the city council, as city administrator Jessica Kinser and Finance Director Diana Steiner presented a first draft to the council on Monday.

Two of the more up-for-debate inclusions in the CIP was the funding for the school tennis courts and the level of involvement from the council, as well as a possible street and sidewalk renovation plan. The Marshalltown School Board is moving forward with plans for improving the tennis courts. Kinser pointed to an agreement with the city and the school board from decades ago that stated the city would foot 50 percent of the bill for any maintenance projects at the tennis facility.

Council member Gabe Isom suggested the council should look into changing the agreement for future projects.

“If nothing else, when we have that conversation we should discuss amending that agreement and determine our long-term direction for our share in that project,” Isom said.

The CIP plans out the city’s fiscal years from 2020 through 2024 and things will be adjusted based on need. More detail will be available in final drafts. The first draft can be viewed as part of the city’s agenda in the Jan. 13 city council meeting in PDF form.

The streets and sidewalks project was given a “very rough” estimate of $4 million to complete, with the target of renovating and putting in new sidewalks and streets in downtown Marshalltown. The streets and sidewalks were left affected by the tornado and have not been worked on as much as buildings in the area. Under current CIP status, it would take place during the 2021 fiscal year.

Mayor Pro-Tem Bethany Wirin raised concerns about the viability and need for the project when “the dust hasn’t settled,” and with many other renovations happening in the same proximity.

“There are so many moving parts with buildings coming down, buildings going up,” Wirin said. “I get concerned putting in good streets, good sidewalks, when the dust hasn’t settled yet.”

Public Works Director Justin Nickel took the lectern to discuss what the project would look like and what the timeframe could be.

He suggested doing it in stages as opposed to all at once would not be the most effective way to complete the project, and gave a general timeframe for project readiness from his department — saying it would take six months from project approval for work to begin.

Nickel said pushing the project off until most downtown works are complete could be difficult.

“How soon will things be done?” Nickel said. “Are we looking at five years, eight years before things are all done? Again, a lot of dynamics.”

Kinser asked the council whether they had a figure in mind or if it would be of benefit to push the discussion to a later date.

Isom added that recovery and improving downtown was an “all-or-nothing” project, with the sidewalks and streets included. He said putting it off much longer could do harm to the downtown community’s recovery.