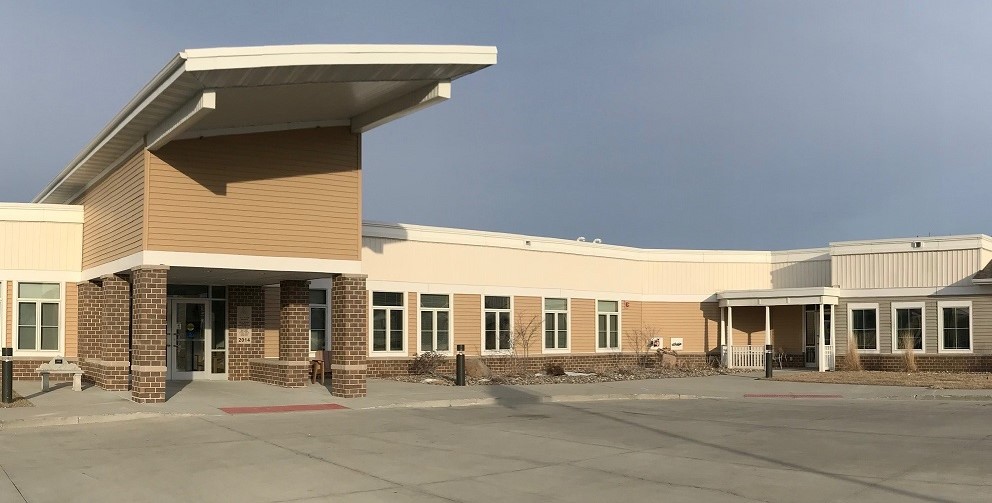 A Dallas County nursing home that cut staffing to compensate for financial losses is on a federal watch list after inspectors cited the home for contributing to a resident death, hiring an unlicensed caregiver, failing to protect residents from sexual abuse and allowing a kitchen worker to supervise its dementia ward.

Financial troubles at the Rowley Memorial Masonic Home in Perry have been so severe in recent years the home was unable to buy bottled oxygen for the elderly residents who needed it simply to breathe, according to state records.

The home is now on the Centers for Medicare and Medicaid Services’ Special Focus Facilities list. The national list was created to identify those homes that have an established pattern of numerous, serious violations related to resident care. The home is currently operating on a conditional license from the state.

State records indicate the facility, which is home to roughly 40 older Iowans, has been struggling financially for at least five years. In 2018, the trust that operates the home posted a net loss of $1.3 million and was doing business with less than 45 days’ cash on hand. At the time, the facility’s auditors said the trust hoped to make up for those losses in part by adjusting “staffing ratios to be as cost effective as possible while maintaining quality care.”

That same year, the number of quality-of-care violations cited by state regulators more than tripled, from six in 2017 to 22 in 2018. Over the next two years, the home was repeatedly written up for insufficient staff, although no state fines were imposed.

In 2019, violations at the home increased again, totaling 36 in number. State inspectors could have fined the Perry home at least $25,000 for those violations. The state fines were suspended, however, so that federal officials could determine what fines, if any, should be imposed.

Dean Lerner, who served as director of the Iowa Department of Inspections and Appeals under Democratic Gov. Chet Culver, said the state is partly to blame for resident-care issues such as those at Rowley.

“The typical Iowan who reads about the failings of this nursing facility would shake their head in sadness and disgust,” he said. “So what should be done? Doing more inspections, citing more violations, levying more fines, putting a facility on a watch list, etcetera, may not be enough. If the unacceptable level of care cited in past years continues, the state and federal government should be looking at stronger actions that could include stepping in and obtaining a change in ownership or management of the facility.

The Rowley Memorial Masonic Home in Perry, Iowa, is now on a federal watch list due to numerous, serious violations of resident-care standards. (Photo by Clark Kauffman/Iowa Capital Dispatch)

The administrator of the Rowley Memorial Masonic Home declined to speak to a reporter Tuesday, and referred all questions to a corporate office, which he declined to identify.

The home is owned by the Herman L. Rowley Memorial Trust and is part of the Rowley Masonic Community complex, which includes assisted living units and independent living apartments. The facility is run by Health Dimensions Group, a Minnesota company that manages nursing homes in Iowa, Colorado, Wisconsin, Illinois and other states.

In May 2019, the home was cited for failing to have on hand any portable liquid oxygen tanks for the residents who had been prescribed continuous oxygen. Inspectors determined the facility’s oxygen-tank supplier had stopped making deliveries of oxygen due to non-payment of past-due bills.

The inspectors then discovered there were 31 vendors – including suppliers of medical equipment – that were owed almost $600,000 by the Rowley Memorial Masonic Home. Seven vendors that provided essential resident-care services told inspectors they would no longer do business with the home. In addition to that, the facility was $600,000 behind on its mortgage, inspectors said.

At the time, the facility was also cited for a 16% medication-error rate. One resident had to be taken by ambulance to a hospital after being found unresponsive in bed after a staff-induced drug overdose.

Inspectors also cited the home for failing to have a functional call-light system that would allow residents to summon the staff for assistance. Residents reported soiling themselves as they waited 40 minutes for someone to come to their aid. An audit of the call-light system revealed 472 instances, over a seven-week period, in which residents waited 15 minutes or more for a response.

In the wake of that inspection, federal officials fined the home more than $106,000.

The Rowley Memorial Masonic Home is now operating on a conditional license issued by the state. (Photo by Clark Kauffman/Iowa Capital Dispatch)

Two months later, in July 2019, inspectors returned to the home and cited it for failing to protect a male resident of the home’s dementia unit from sexual abuse at the hands of another male resident. In one instance, a worker saw the alleged perpetrator pin the victim against the wall and put his hand in the other man’s pants. The facility was also cited for medication errors, insufficient staff, and inadequate training for the staff. Residents were waiting up to 62 minutes for a response to their call lights, inspectors alleged.

In October 2019, inspectors returned to the home and issued a 111-page report detailing 21 additional violations, including failure to complete background checks on workers; failure to report physical altercations among the residents; medication errors; improper use of psychotropic drugs; and employing as a nurse aide an individual who had failed the skills test three times and wasn’t state certified as required by law.

The home was also cited for having insufficient bedside medical equipment for a tracheostomy patient who was found in bed, not breathing, three days after admission. With no equipment readily available to suction the resident’s airway, a nurse aide tried to breathe air into the man’s lungs using only her mouth on the surgical hole in his neck. The man was rushed to a nearby hospital where he died two hours later.

The home’s nurse manager and director of operations each told inspectors the man should never have been admitted to the home given the level of skilled care he required.

On at least nine occasions in the month leading up to the October inspection, the only person working a shift in the home’s dementia unit was a kitchen worker who told inspectors he had been “sitting shifts” in the nursing department for about two months, although he had no medical certification of any kind. He told inspectors that while he couldn’t legally provide resident care, he supervised the unit and could shut off residents’ call lights and inform them someone else would eventually come to assist them.

Other workers told inspectors the facility was often short-staffed and residents were falling and being injured as a result. They acknowledged their practice was to answer call lights by shutting them off with a promise to return later and provide whatever assistance the residents needed.

Even with state inspectors on site, there were times when the dementia unit was either entirely unstaffed or had only one nurse aide present. An inspector observed one resident near a doorway repeatedly yelling, “Help me,” with no workers responding.

Additional state inspections were conducted at the home in November, December and January, but the Iowa Department of Inspections and Appeals has yet to publish the findings from those inspections on its web site.

In November, the agency suspended all Medicaid and Medicare payments for new admissions to the home.