After 43 years, Marshall County Sheriff Detective Wade Ruopp is retiring. His last day on the job is Tuesday.

“I don’t really have plans, but I don’t expect I will be bored,” he said. “I have six grandkids. I will take care of my home, take care of things I have been putting off for years. I want to see what life is like run without a clock. If I get bored, it will be my own fault.”

Ruopp, 65, will spend some time with his wife, Patty, who he said has been very helpful to him during his career.

“She has been a good shoulder to lean on,” he said. “I think she is relieved and happy that I am retiring.”

During the years, Ruopp has seen positive changes in law enforcement. Decades ago, he said it was difficult to get convictions on domestic assault, but that has turned around. The change he is most grateful for is the attitude toward child sexual abuse cases.

“For years, people did not believe it was happening,” Ruopp said. “Now, people listen to kids more than they ever did.”

In the more than four decades, Ruopp has made his mark and was a well-respected expert in forensics. He was instrumental in solving the 1994 murder of Rebecca Hauser one mile east of Liscomb.

Hauser was driving back home when she was pulled over by flashing emergency lights. Inside the vehicle were three teenagers – Jayson Speaks, brothers Burt and Derek Smith and accomplice Blake Privitt. They shot, stabbed and beat Hauser and threw the .22-caliber rifle they used into the Iowa River.

Marshall County Sheriff Steve Hoffman said even though the river was dragged and nothing was recovered, Ruopp refused to quit.

“Wade refused to give up and eventually he came up with the weapon,” Hoffman said. “It was a significant piece of evidence.”

Finding the evidence that no one ever thought would be found is a memory that has stayed with Ruopp.

“My heart goes out to the family. They have been through so much,” he said.

The empathy Ruopp felt for victims of crimes was apparent, Hoffman said.

“He advocated for victims,” he said. “He would take that empathy and turn it into energy to solve the crime and to help provide a voice for the victims if they had no voice themselves.”

Hoffman said he will miss Ruopp’s forensic abilities and his positivity. He carried a quiet confidence along with statewide-recognized competency. Hoffman said there is no way anyone can fill Ruopp’s shoes.

“He was an incredible detective for the sheriff’s office,” Hoffman said. “He was humble, quiet, reserved but he mentored other deputies and investigators across the state of Iowa. Wade was very approachable to deputies who wanted to get his thoughts on progression of cases. In the 30 years I have known him, he has been passionate about what he does, remarkably positive and a breath of fresh air.”

Ruopp’s experience and expertise also made him a good source of information and advice for younger deputies across the state. He said people would come to him for advice on a daily basis.

“They would ask me how to do something, what to do, the best course of action to take,” Ruopp said.

He had one last piece of advice.

“Hang in there,” Ruopp said. “You see a lot of hate these days, but hang in there and it will blow over. Things will turn out OK. I will miss being around American peace officers on a daily basis.”

“He had a pitbull mentality when getting involved in a case that was amazing,” Kamatchus said. “His ability to locate and secure evidence was amazing. It is hard to describe how great of an investigator he is and I know he will be missed. I think he is an amazing guy. He has been an asset to Marshall County law enforcement for a long time.”

IOWA CITY — Iowa’s executive branch is getting a grim gift from a company that has long made garments for ... 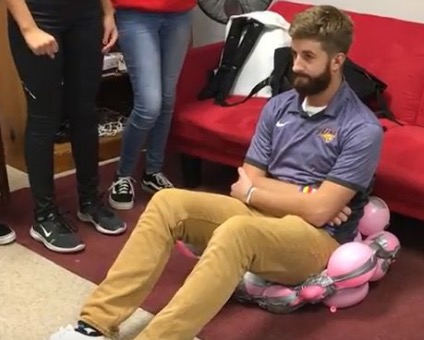 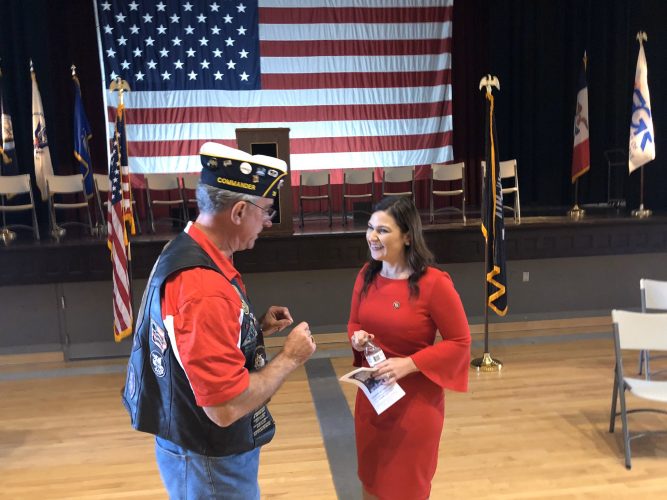