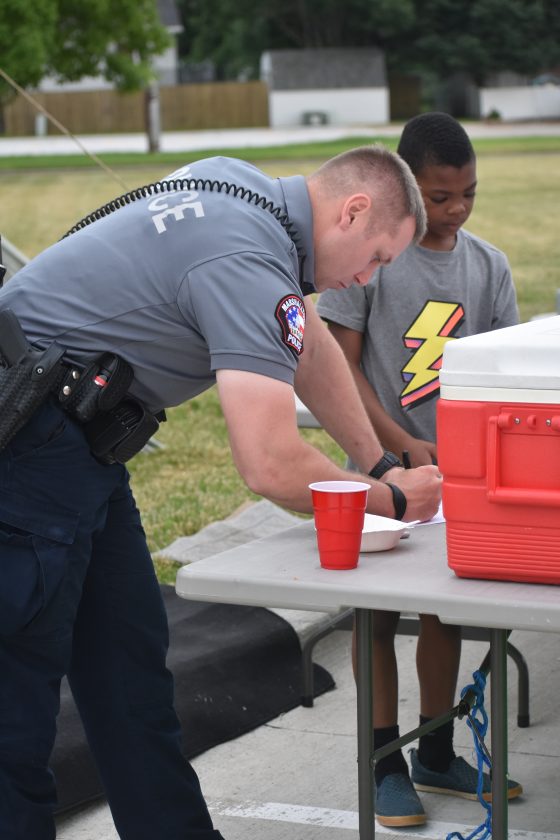 T-R PHOTO BY LANA BRADSTREAM Marshalltown Police Officer AJ Accola draws a picture with Ezekiel Trosen, 8, on a table set up to serve law enforcement with homemade ice cream made by Les Davis on Tuesday. Attached to the table were signs stating “Back the Blue” and “Black Lives Matter.”

Around 20 people gathered at the Marshalltown Police Station Tuesday night to celebrate the sacrifices and service of the city’s finest.

‘We’ve got a lot of good cops in this town,” said Les Davis, one of the organizers.

The group put together the event like it was a family picnic, complete with homemade ice cream and other refreshments.

They scheduled it for 6:30 p.m. to 7 p.m. so they could reach officers coming off the day shift and others coming on the night shift.

Another reason Davis is putting on the event is to let minorities in Marshalltown know they have a good police department.

The Northwest Community Organization is made up of Marshalltown residents who regularly have a block party on the first Saturday in June. They have always invited MPD officers and Marshalltown Fire Department personnel.

“Most city organizations bring their vehicles out so it gives the kids an opportunity to get acquainted with them,” Davis said. “They turn on the lights and toot the horn.”

“We want to do something positive that says we have a good law enforcement agency here,” Davis said. “Chief [Mike] Tupper has done an excellent job.” 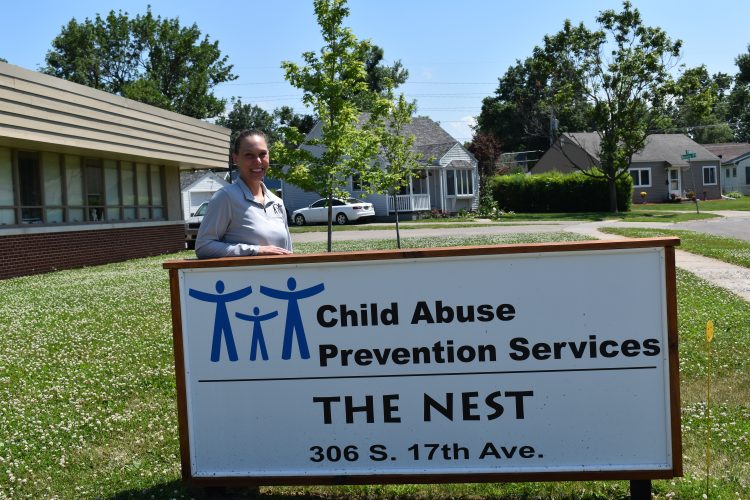 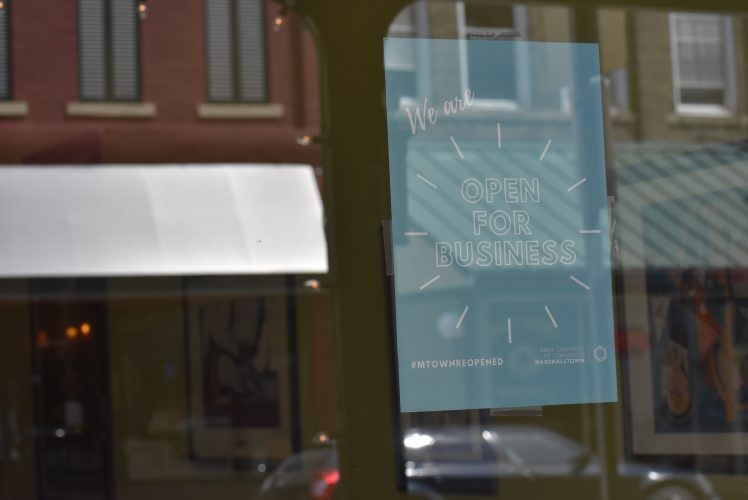