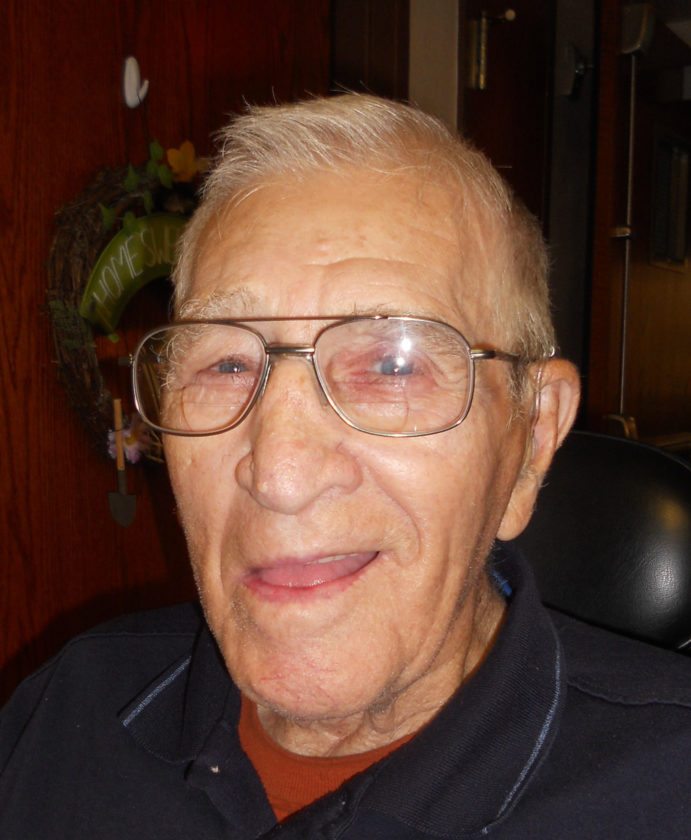 John K. Schipper, 89, of Conrad, IA, passed away Thursday, September 7, 2017, Grundy County Hospital, in Grundy Center, IA, while under the care of Cedar Valley Hospice. Funeral services will be 10:30 a.m., Monday, September 11, 2017, at the First Presbyterian Church, in Conrad. Visitation will be 4:00 p.m. to 6:00 p.m., Sunday, September 10, 2017, at the First Presbyterian Church, Conrad. The Conrad Chapel of the Anderson Funeral Homes has been entrusted with arrangements. Interment will be at the Oakhill Cemetery, in Bristow, IA. Online condolences may be sent to www.andersonfhs.com

John was born April 12, 1928, to Koert and Dena (Jungling) Schipper, north of Aplington, on the family farm. He attended the Bristow schools. John was united in marriage to Josephine Eckhoff on August 1, 1950, at the Bristow Reformed Church. He served in the United States Army during the Korean War. John had a passion for farming and farmed in the rural Bristow area. He was a former member of the Bristow Reformed Church where he served as a Deacon and Elder. He was a current member of the First Presbyterian Church, in Conrad. He was also a member of the Dumont American Legion. John enjoyed spending time with his family, especially his grandchildren and great-grandchildren.

He was preceded in death by his wife, Josephine, and a sister, Johanna(Art)Kielman.