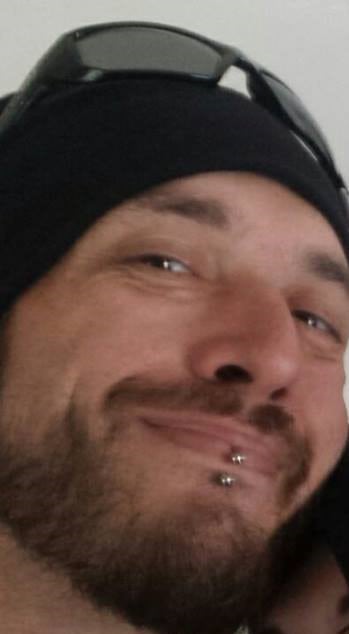 The artistic and humorous spirit of Benjamin Jackson, 37, of Madison, WI, formerly of Le Grand, left this earthly life on Sunday, July 29th.

Funeral services will be held at 2:00 p.m. Sunday, August 5th, at the Mitchell Family Funeral Home in Marshalltown. He will be laid to rest beside his dad at the Stavanger Friends Cemetery south of Le Grand. Visitation will be one-hour prior to the services. In lieu of flowers, memorials may be directed to his family. For condolences, please visit www.mitchellfh.com. Ph. 641-844-1234.

Born on February 26th, 1981, in Des Moines, Ben (“Benji” to his sister!) was the son of Pastor Marc and Lisa (Bybee) Jackson. He graduated from the East Marshall High School in 1999. Ben was employed at Cissy’s in Le Grand, TAG Printing in Marshalltown and most recently Fed-Ex in Madison.

Never meeting a stranger, Ben was loved by everyone, young and old alike. He loved them in return. He will be fondly remembered for his artistic talents and sense of humor- often to his mom’s dismay!

Left to cherish his memory are his mom, Lisa, of Grimes, IA, his sister Sara (Justin) Augspurger, of Montour and their sons Blain and Brody, brother Chris, of Madison and his children Max and Piper, fiancee, Chelsea Neuenschwander, of Madison, grandparents James and Carmen Bybee, of Monroe, WI, daughter Arianna, of Newton and many aunts, uncles, cousins and numerous friends.

In death, Ben rejoined his dad Marc, his grandparents Harlan and Eileen and son Elijah David.