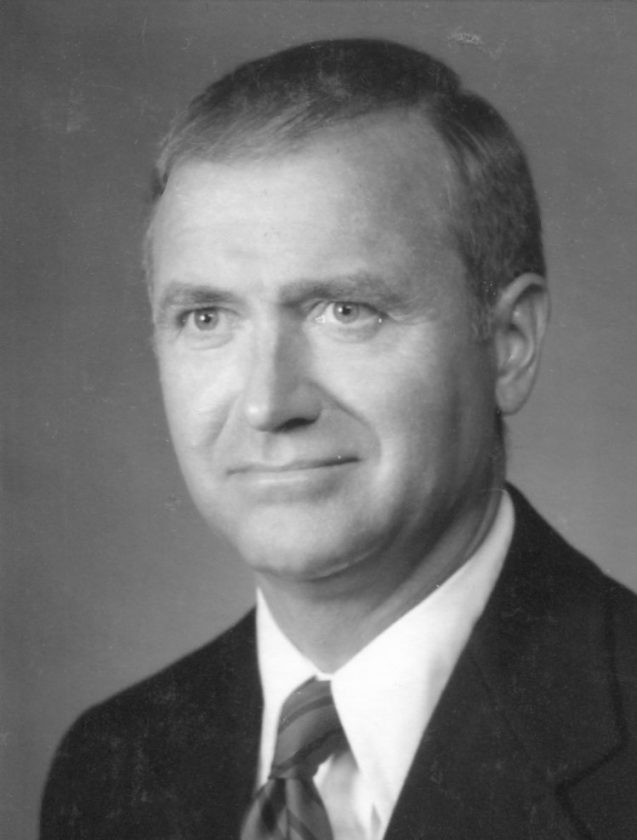 Richard K. Seim was born September 5, 1928, in Marshalltown, Iowa, to Knudt O. and Dorothy M. (Kersey) Seim. The family moved to rural Marshall County after elementary school and he graduated from Albion High School in 1946. Dick loved sports and played both fall and spring baseball at a time when small towns didn’t have football teams. He then attended Marshalltown Junior College, where he met Alene Sloppy. They married October 27, 1950, in Marshalltown.

He was drafted that same year and served two years in the Army, including a tour in Korea. Upon his return in 1952, he attended Iowa State College (University) on the G.I. Bill, living in Pammel Court with Alene and daughter, Becky, who joined the family in 1953.

During his college career he worked on student publications, including the Iowa State Daily and the Iowa Agriculturist. He also worked part time for WOI radio and television, doing the market reports and agricultural programs. He then took a part time job writing for Iowa State’s Extension Information Service, which became a full time job when he graduated with an Agricultural Journalism degree in 1956. His son, Arne, was born in 1957, while the family was living on Ferndale Avenue, in what was then considered north Ames. Dick continued to follow sports, sometimes spotting for WOI announcer Dale Williams at ISU football games. He reveled in following his son’s sports teams from Little League through junior high basketball to high school football, almost never missing a game, despite his busy work schedule. He also followed professional sports, rooting for the Vikings in football and the Twins, Cubs, Royals, and Cardinals in baseball. Many family vacations were built around Twins and Royals home stands, with side trips to zoos and museums between games.

In 1958, he accepted an editorial position with Wallace’s Farmer magazine in Des Moines. In 1959, he was hired by Farm Journal magazine as the Midwest Regional Editor, a position he held until his retirement in 1991. He continued to write and take pictures for Farm Journal as a contributing editor for several years after retirement.

Richard and his wife Alene loved to garden and spent many years working on their backyard oasis, enjoying the fruits of their labor and Alene’s great cooking. He was proud of his Norwegian heritage, and Alene obliged with many Scandinavian treats such as kringla and the family made lefse together. He attended Scandinavian Days in Story City religiously and never missed a Seim family reunion. He also loved to read, especially westerns and mysteries.

Online condolences may be left at www.adamssoderstrum.com.

Adams Funeral Home is assisting the family with arrangements.