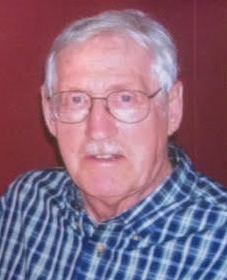 Bert was born on August 12, 1929, in Abington, Pennsylvania, to Samuel Smith Permar and Elizabeth Stackhouse Permar. He was raised on the farm near Richboro, Pennsylvania, in Bucks County, not far from Philadelphia. Bert was educated in the community school and graduated from Council Rock High School in 1947. In 1948 he came to Pella, Iowa, to attend Central College, where he studied history and government. There he met Darlene Braam; he and Darlene were married in 1954. To them were born two children, Elizabeth Lynn and Bradley Braam. Darlene passed away in 1974. Bert married Carole Kinney in 1979. He began his teaching career in Carpenter, Iowa; later he taught at Story City. He came to Marshalltown in 1958, taught in the high school, and then at the community college until retirement in 1992.

Bert was a person of many and varied interests. He traveled extensively, independently and also with MCC Tours, which he and Jerry McCright planned and organized. They traveled to Europe many times, Russia, China, Mexico and the British Isles. His favorite was to take a busload of Iowans to Washington D.C. during spring break so they could learn about the nation’s Capital. Politics was also a passion for Bert. He was involved in county, state and national organizations and campaigns. He believed in democracy and the importance of voting. Bert was also a gifted musician, he played piano, guitar, banjo and harmonica by ear. Bluegrass was his favorite. He loved to listen, play and sing with others. He offered to teach anyone how to play the guitar or banjo.

He was preceded in death by his parents, brothers Jack and Sam and sister-in-law Mary.