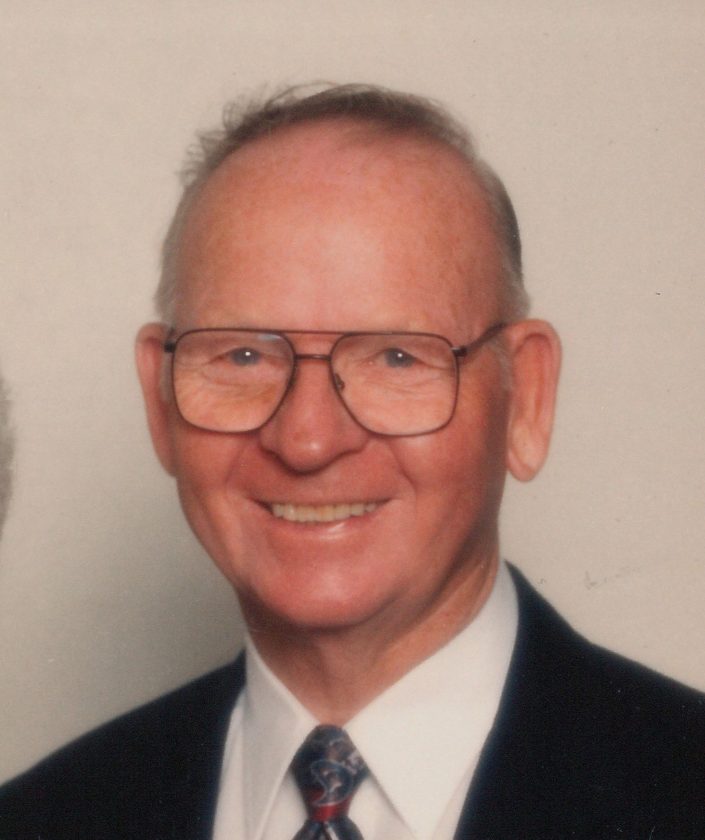 George was born February 15, 1924, to John C. and Clara Ella (Ringberg) LaMasters in Union County, IA. He was educated in the Creston, IA, and Grinnell, IA, schools. George graduated from Tama High School. He was united in marriage to Dorothy Overturf on August 3, 1944, at the Tama United Methodist Church. George served his country in the United States Army Air Corp during WWII. He was employed as a service manager for Pat Manning Chevrolet and later Loots – Manning Chevrolet, retiring after 40 years of service. George was a 50 year member of the Marshalltown American Legion. George and Dorothy enjoyed ballroom dancing, playing golf and many years as winter Texans.

George will be missed by two sons and a daughter: Larry (Laura) LaMasters, of Fairbank, IA, Rick (Cindi) LaMasters, of Marshalltown, and Jane LaMasters Butz (Steve), of The Woodlands, TX. Also surviving are seven grandchildren, 15 great grandchildren and a brother, Herby Arkle, of Joplin, MO.

He was preceded in death his wife, Dorothy, two brothers and two sisters.

The family wishes to thank the entire staff of the Iowa Veterans Home, Ulery 3, for their loving and compassionate care. You are the best.