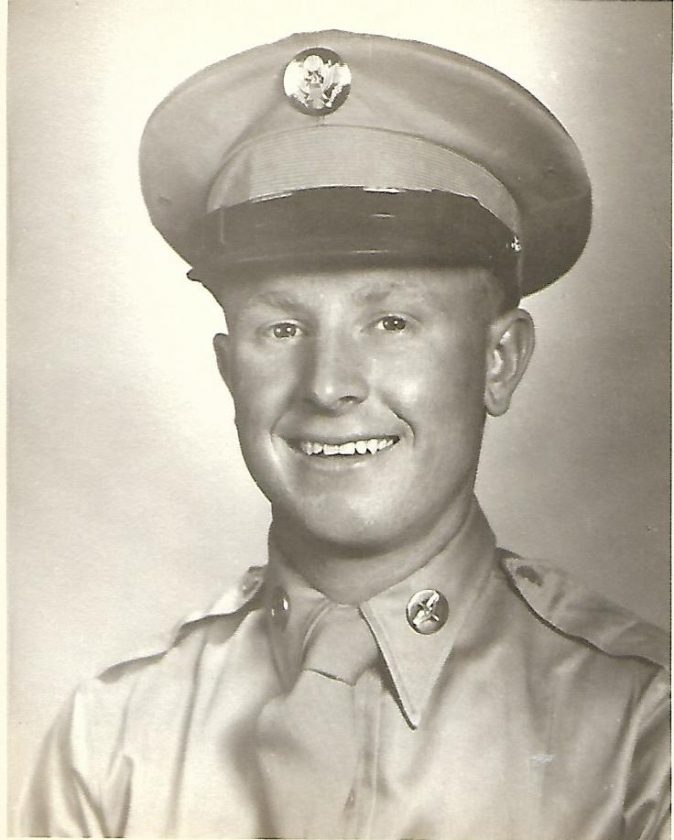 A visitation for Dale will be held on Thursday, August 22, 2019, from 11:00-1:00 p.m. at the Mitchell Family Funeral Home. A funeral service will begin at 1:00 p.m. with pastor Bobby Shomo officiating. Memorials in Dale’s name may be directed to the Alzheimer’s Association. For more information or to send a condolence please visit www.mitchellfh.com or call (641) 844-1234. Mitchell Family Funeral Home is caring for Dale and his family.

Dale Donald Henze was born on July 19, 1928, to parents Walter and Laura (Schaper) Henze in rural State Center. He grew up and attended school in State Center and graduated from State Center High School in the class of 1945. Shortly after graduating high school, Dale enlisted in the United States Air Force and served from 1950-1954. Dale met his wife Betty (Ogden) while out on the dance floor. The two were united in marriage on August 20, 1959. He worked for over 40 years as a farmer near State Center before retiring. After retirement, Dale very much enjoyed his golfing time at the American Legion. He and Betty spent time visiting residents in nursing homes in the area, playing board and card games, traveling to Texas in the winter months, taking trips to Branson, Missouri, spending time with his family and listening to country and gospel music.

He was a me?mber of the American Legion and Moose Lodge, attended the Friends Church in Le Grand and most recently was a member of Harvest Time Baptist Church in Marshalltown.