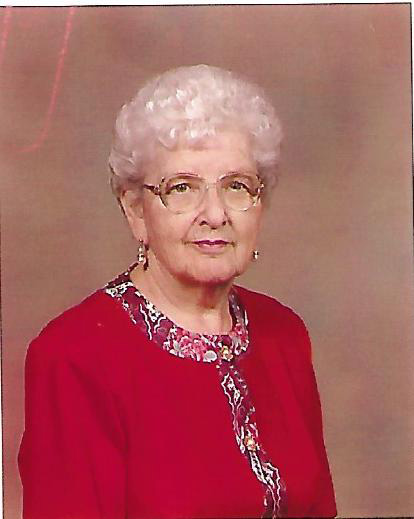 Born Gladys Marie Dunn on October 18, 1923, on the family farm near Albion, she was the daughter of Walter Austin and Nancy Chase (Holt) Dunn. Here is where she spent her early years. She graduated from the Albion High School in the class of 1941 and the Central Iowa Business College in 1943. Following her education, she was a legal secretary for Fisher Controls in Marshalltown.

In 1944, she was united in marriage to H. Dale Shirk. They farmed near Ferguson, as well as near Albion. When Dale gave farming up, the couple moved into Albion. This is when he opened up an underground construction business, as well as establishing and operating Countryside Mobile Home Park. Gladys ran the offices of both. In 1976, they moved to Marshalltown and to Lincoln Towers in 2001. In 2012, she moved to Florida and returned to her native Iowa just one week prior to her passing.

Gladys was a fond lover of gospel music and she and her husband sang together for many funerals and church services over the years. She also sang in the Albion Methodist Church Choir for 63 years.

Currently, Gladys was a member of Hope United Methodist in Marshalltown, a lifetime member of the Albion Women’s Society, as well as past matron of the Eastern Star, Albion Leorian Club, Canasta Club and bridge club. Enjoying ceramics enabled her to teach a ceramics class at the Marshalltown Senior Center for many years as well.