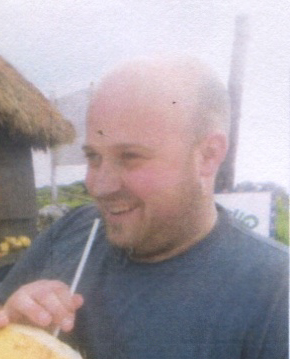 Matt Perkins, born in Marshalltown in July of 1983, died on September 25, 2019, as a result of an auto accident when the car he was a passenger in was hit from behind.

To many around Marshalltown, Matt was ‘The ice cream man’ known for cruising around and playing his music while selling ice cream novelties to kids of all ages, but he was actually a serial entrepreneur who had several endeavors over his too short life and was a successful owner/operator of a trucking business. At the time of his death he owned 3 trucks and had no debt. His ice cream business was his way of giving back to his community. He felt strongly about supporting businesses and people in his hometown. He often steeply discounted or just gave away his ice cream including handing it out to any & all in the hardest hit parts of town after the 2018 tornado.

Matt was also a talented musician who at one point played 5 instruments and even composed some music. He could and did draw a crowd playing a street piano while visiting Australia and after a long, tiring week or more on the road would sit at his piano in the dark and just play for relief .

Matt never married and had no children, but he loved children, especially his two nieces, he also loved and cared for animals; cats in particular.

Left to cherish his memory are his parents Dave and Willi Perkins, of Marshalltown, a brother Chris Perkins & Sister-in-law Moriah Perkins, of Boone, Iowa, along with his two nieces, Olivia and Sophia, his grandmother Anna Perkins, of Muscatine, many uncles and cousins and uncounted friends in this community and around the world.

There was a brief private viewing just prior to cremation. A later memorial is pending the recovery of his mother who was driving the car he was riding in and miraculously, barely, survived.

RIP son, may you find in that happy place the peace & love you so craved in life.