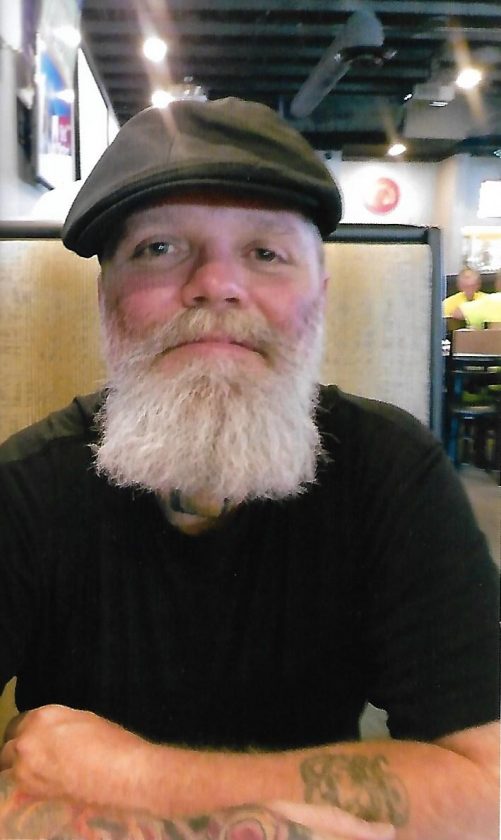 William “Billy” Padron, 47, of Marshalltown, Iowa passed away on October 5, 2019 at the Iowa River Hospice Home with his family at his side.

A visitation for family and friends will be held on Wednesday, October 9, 2019 from 5:00 to 7:00 p.m. at the Mitchell Family Funeral Home. The family asks that those in attendance would come in casual clothing. Memorials in Billy’s name may be directed to his family for a later designation. For more information or to send a condolence please visit www.mitchellfh.com or call (641)844-1234. Mitchell Family Funeral Home is caring for Billy and his family.

William James Padron was born to parents Robert and Ellen (Flynn) Padron in Rhode Island on August 1, 1972. He received his GED. He worked as a welder, working in all fields minus underwater welding. He was a jack of all trades. He was married to Jean (Erwin) Padron and the two raised four children. The two had later divorced but still they were each other’s best friend. Both together until the day of his passing. He was a resident of Newton, Iowa for over 10 years before moving back to Marshalltown. In his free time Billy enjoyed his Harley Davidson Motorcycle, fishing, camping, cooking food, shooting, being a kid and spending time with his grandchildren, he loved nature often climbing onto a trampoline and sleeping out under the stars, he loved UFC and boxing. He had the ability to walk up to a total stranger and have a complete conversation and be friends with anybody.

In death, Billy rejoins his grandson Isaiah Erwin; and his faithful companions Buddy and Buzz.

The family would like to express their gratitude to Iowa River Hospice for the care that they gave to Billy and his family.