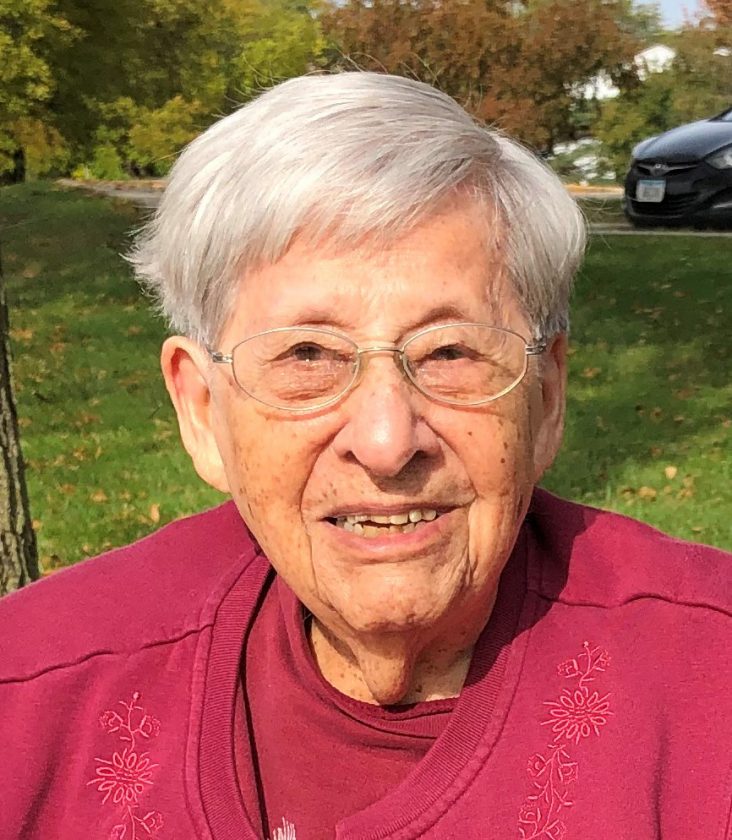 Arlene (Kaisand) Pace was born on March 10, 1920. She was the youngest of 10 children. Arlene grew up on a farm near Gilman and attended the Highland Township Country School and later graduated from Tama High School in 1937.

She moved to Marshalltown in 1944 and while there she met Walter Pace after he returned from World War II. They were united in marriage on May 5, 1947 at the Methodist Church in Marshalltown. Together the two worked tirelessly on the farm to build a life for themselves and their two children. While in Marshalltown she began working at the Marshall County Clerk’s office as a Trial Court Technician where she retired from in 1991.

Arlene and Walt enjoyed spending time with their family and friends, traveling, keeping a large garden in their younger years and cultivating flowers. Together they always proved to be stewards of the land and were always good for some fun married bantering.

Arlene is preceded in death by her husband, parents, siblings and several in-laws.