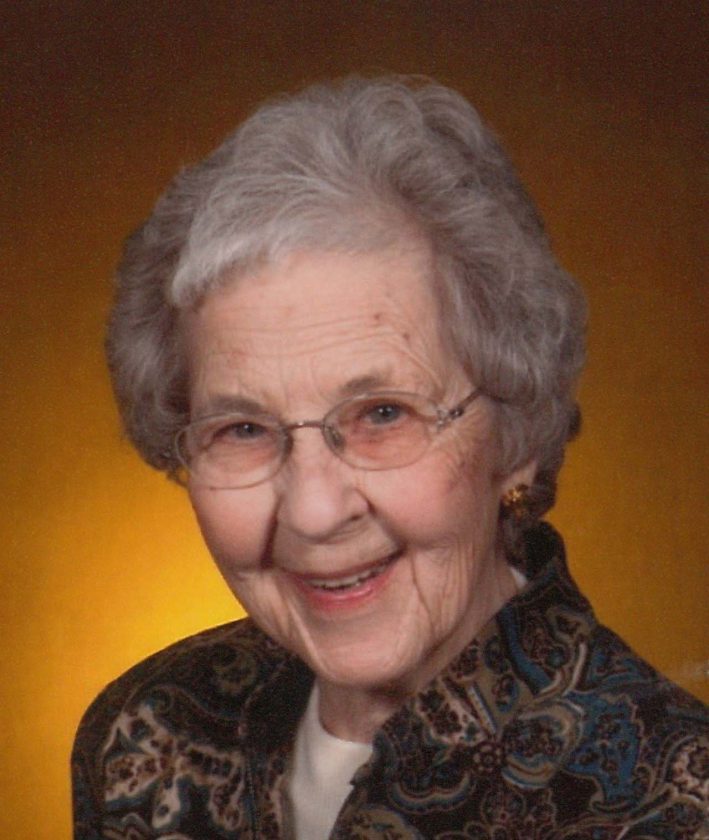 Molly Mae Kaput, 98, of Conrad, IA, passed away Thursday, October 31, 2019, at Oakview Nursing Home in Conrad. Funeral Services will be 11:00 a.m., Wednesday, November 6, 2019, at the Conrad United Methodist Church in Conrad, with Rev. Gerry Kahler officiating. Visitation will be 10:00 a.m., until the time of the services, Wednesday, November 6, 2019, at the church. Interment will be in the Conrad Cemetery in Conrad. Arrangements have been entrusted to the Conrad Chapel of Anderson Funeral Homes. Memorials may be directed to the Conrad United Methodist Church. Online Condolences may be sent to www.andersonfhs.com.

Molly was born August 8, 1921, to William and Grace (Holl) Stover in Dows, IA. She attended country school in Dows, IA, through the eighth grade. Molly was united in marriage to John M. Kaput on August 28, 1941, in Grundy Center, IA. She was a housewife and loved being married to a farmer. Molly lived in Whitten, IA, for over 70 years. She was president of the Union-Whitten PTA, president of the Kappa-Iota Club, and was a member of the Conrad United Methodist Church.