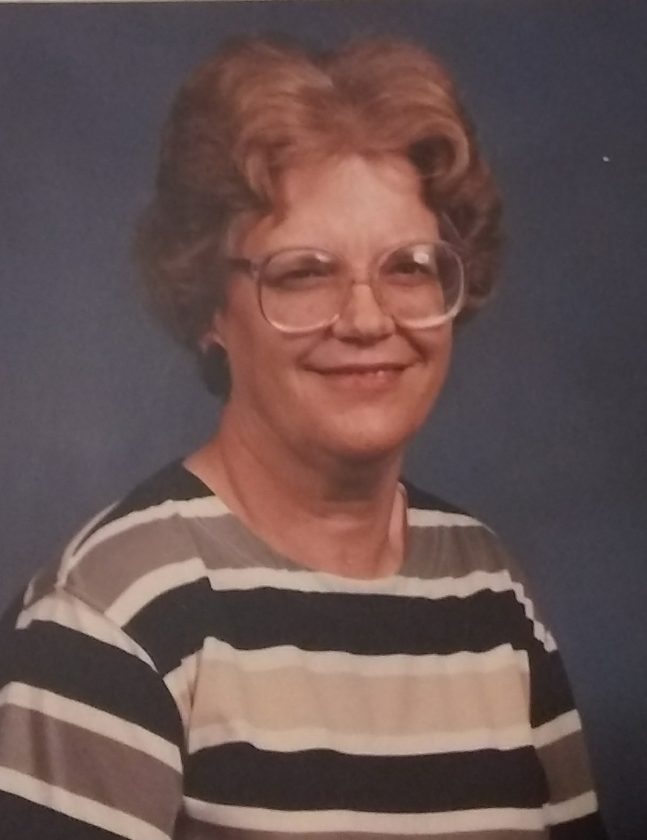 Beverly “Bev” Dougherty, 81, of Marshalltown, Iowa passed away peacefully on Wednesday, November 27, 2019 at the Iowa River Hospice Home with her husband Dick and her family lovingly at her side.

A Funeral Mass for Bev will be held on Tuesday, December 3, 2019 at Saint Francis of Assisi Parish: Saint Henry Church at 11:00 a.m. A visitation for family and friends will be held on Monday, December 2, 2019 from 5-7 p.m. at the Mitchell Family Funeral Home with a vigil service beginning at 7. In lieu of flowers memorial contributions can be made to either the Animal Rescue League of Marshalltown or the Iowa River Hospice Home. To leave a condolence for the family please visit www.mitchellfh.com. Mitchell Family Funeral Home is caring for Bev and her family.

Beverly Irene Donelson was born December 19, 1937 to proud parents Lester and Minnie (Lyons) Donelson in Clarinda, Iowa. She attended school in Scranton, Iowa and graduated in the class of 1957. Following high school, she attended some college in Cedar Falls at what is now known as the University of Northern Iowa. She had the aspirations of becoming a teacher. In January of 1963 she was united in marriage to her husband, Richard “Dick” Dougherty at Saint Ambrose Cathedral in Des Moines, Iowa. The two were longtime Marshalltown residents and raised four children together.

Beverly’s first job and her main priority was being a homemaker and making sure that her family was taken care of. She also worked as a daycare provider for over 20 years. If you ask her family she absolutely loved her cats, playing the cheapest slot machines that she found at Meskwaki, traveling with her husband and family, spending time with her grandkids and other family, being in attendance to every single one of her children’s sporting events, watching every single Hawkeye football and basketball game, and cheering for her Chicago Cubs and Minnesota Vikings.

In death, she rejoins her parents, Lester and Minnie; her sister, Phyllis; her brothers, Ronald and Kenneth; and her beloved cats.