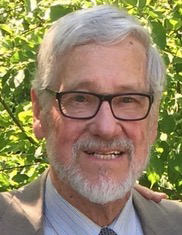 Gerald “Jerry” Robert Nelson, age 83 of Fairfield, peacefully went to be with the Lord on January 8th, 2020, at his home. Jerry was born January 19, 1936, in Brainerd, Minnesota, the son of Kermit and Edythe Bogganstos Nelson. He married Cathaleen “Cathy” Wind on September 5 1963. Jerry and Cathy lived in Marshalltown, Iowa for 20 years and have lived in Fairfield since 1994. Jerry served in the Army and was an Optician for a private practice. He was a member of Kiwanis Club, the Eagles Club, the Walton Club, and Elks Club. He loved golfing, fishing, playing cards, gardening, working on projects around the home, and spending time with his family, especially his 7 grandchildren.

He was proceeded in death by his wife, Cathy, sisters, Judy, Pasty & Linda, and his parents.

Cremation has been accorded. The family will receive friends on Saturday, January 18 from 1:00-3:00PM at the Behner Funeral Home.

A memorial has been established to the Fairfield Kiwanis Club. Cards and memorials may be mailed to Angie McLean, 1338 Sweeting Lane, Coralville, Iowa 52241.

On-line condolences may be made to the family at behnerfh.com.