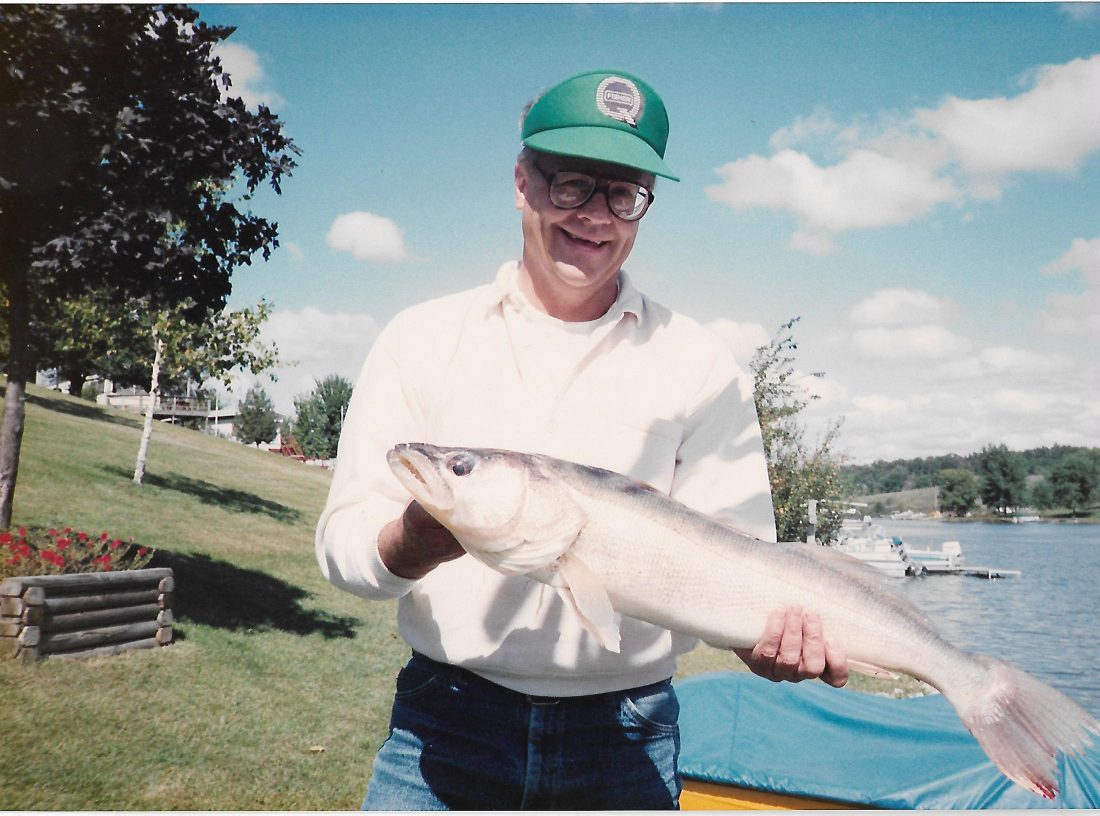 Lawrence “Larry” Wilson, 74, of Marshalltown, was able to reach heaven’s fishing spots, on the morning of Sunday, January 12, 2020, while family was at his side at the Iowa River Hospice Home.

A Funeral Mass will be celebrated at 11:00 a.m. Thursday, January 16, 2020, at St. Francis of Assisi-St. Mary Church in Marshalltown with Father Alan Dietzenbach officiating. Visitation will be held from 5-7:00 p.m. Wednesday, January 15 at the Mitchell Family Funeral Home. Memorials may be directed to the Iowa River Hospice Home in his memory. For condolences, please visit www.mitchellfh.com or phone 641-844-1234.

Born on February 17, 1945, in Marshalltown, he was one of four children born to Gail and Jessie (Benbow) Wilson. He grew up in the metropolis of LaMoille, Iowa, in the east suburbs of the city. He attended school there and graduated from the West Marshall High School.

On November 28, 1964, he was united in marriage to Anna Mae Lolwing at St. Mary Catholic Church in Marshalltown. They made Marshalltown their home all of their married lives. Larry was employed for nearly 43 faithful years at Fisher Controls until his retirement. His work ethic was unsurpassed — going to work at 5:00 a.m. and leaving work at 5:00 p.m. – but he loved it and the people he worked with made all the difference. The couple, along with their children, also owned and operated G. Monelly’s Pizza on North 1st Street. Larry treasured his beautiful bride so much he made sure he worked the hours needed to raise a family so Anna Mae could explore her passions.

Larry loved his family- especially the grandchildren- and often wondered why he didn’t start with them! It was always a great day when they were with him. The family shared many years at Lake Ponderosa where he “watched the lake go by.” He will be fondly remembered for his sense of humor as well. With Larry in heaven now, he can watch over the Iowa Hawkeyes and Chicago Cubs too (the Cubs will need the most help).

Left to cherish his memory are his children: Bruce (Tessa) Wilson, of Altoona, Jim Wilson (Kim Johnson), of Marshalltown and Suzanne “Suzie” (Jason) Berkey, of Parkersburg; nine grandchildren: Casi (Jake) Pinegar and great-grandchildren Zander and Romi, all of Menlo, IA, Beatrice “Bea” Wilson (Tanner Kramer), of Altoona, Reagan Wilson in New Zealand, Quinn and Emmitt Wilson, of Altoona, Anna Wilson (named after her grandma), of Cedar Falls, Caitlyn Berkey and Carter Berkey, of Indianola and Sam Bachman, of Parkersburg; his sisters and brothers in-laws Helen Ramsey and Ken (Sue) Lolwing, of Marshalltown, Marvin Reece, of Gladbrook and Willie Wilson as well as many nieces, nephews, cousins and friends. He is also survived by numerous pairs of New Balance shoes- available in black (for formal events) and white (for everyday or gardening) as well as approximately 573 Aplington-Parkersburg T-Shirts. Please contact his family if interested.