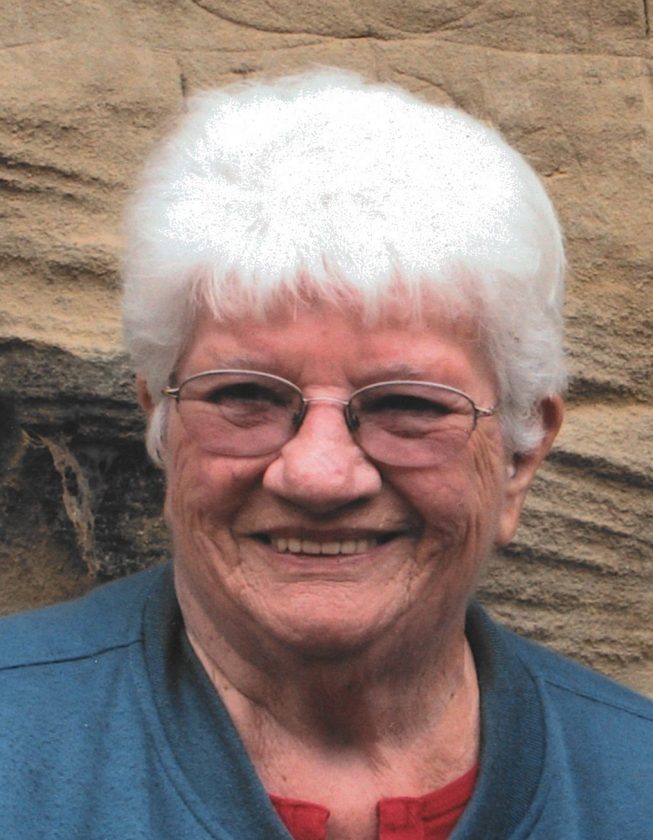 Marlyne Myrl (Edsall) Bryant, 85, of Marshalltown, IA, passed away Tuesday, January 7, 2020, at Iowa River Hospice in Marshalltown after a very brief fight against cancer. Graveside Services will be held a later date. In lieu of flowers, memorials may be directed to the Iowa Veterans Home Activity Fund or the Mary Greeley Medical Center Foundation in support of the Oncology Unit. Arrangements have been entrusted to Anderson Funeral Homes in Marshalltown. Online condolences may be sent to www.andersonfhs.com.

Mrs. Bryant was born April 30, 1934, in Marshalltown, to James Ralph and Rilla (Bell) Edsall. The family farmed in the Green Mountain area where she received her early education and was active in 4-H activities, until the family moved to Marshalltown where she graduated from Marshalltown High School in 1952. On December 18, 1952, Marlyne was united in marriage to Carrol L. Bryant in the First Presbyterian Church of Marshalltown. Mr. Bryant was a Signalman First Class in the United States Navy. His duty stations were split between the Naval Training Center in Great Lakes, IL, and Naval Station Norfolk, VA, in support of the U.S. Atlantic Fleet. He was honorably discharged in 1960. They returned to Marshalltown after his service to raise their family. Mrs. Bryant was a dedicated homemaker until 1968 when she was employed in food service by the Marshalltown School District at the high school. In 1972, Mrs. Bryant was named store manager for Amy’s of Iowa in the Marshalltown Mall. She also worked for the Marshall County Day Care and retired to help raise her two grandsons, Casey and Cory, followed by several great grandchildren. Upon retirement, Mr. and Mrs. Bryant enjoyed 15 years of fun and adventure in the Rio Grande Valley of Texas before returning home to Marshalltown in 2011. Marlyne loved to cook and bake new recipes and hosted may ‘taste this suppers’ for family and friends wherever she lived.

Mrs. Bryant is survived by a son, Rick (Donna) Bryant of Lawrence, KS; daughters: Lee Bryant and Lynnette (Kevin) Madison of Marshalltown; several grandsons, and great grandchildren. She was preceded in death by her husband, Carrol; her parents, a brother, James Richard Edsall of Louisville, CO, formerly of Marshalltown.