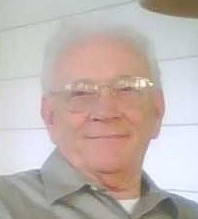 James Burk Hart was born March 21, 1932, to John and Eleanor (Jay) Hart. He graduated with the class of 1950 from Green Mountain High School. James graduated in 1953 with a Bachelor of Art degree from Iowa State Teachers College in Cedar Falls, IA. After graduating from college, he joined the U.S. Air Force where he proudly served his country as a Russian radio transmission translator in Eberstadt, Germany during the Korean Conflict. James was united in marriage to Sylvia Joyce Anderson on September 6, 1959, at Grace Evangelical United Brethren Church in Marshalltown. He worked for Stewart Building Center. James was personnel manager at Dunham-Bush for 28 years. He taught German through IVCCD for several years. He enjoyed traveling with Joyce, gardening, collecting unique pieces of art, singing and working with stamps. In later years, James enjoyed yoga at church and working with his trainer at the Community Y. He was a member of First United Methodist Church in Marshalltown.

He was preceded in death by his parents, wife, Sylvia Joyce Hart and his special friend, Helen Degner, as well as extended family and friends.

Memorials may be directed to the Music Ministry at First United Methodist Church or Iowa River Hospice, both in Marshalltown.