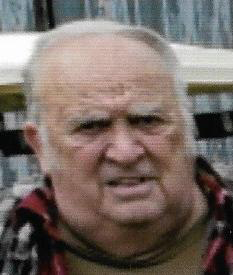 Gary W. “Kuhuna” White, 74, of Melbourne, passed away unexpectedly Saturday morning, April 25, 2020, at UnityPoint Health-Marshalltown. A funeral service will be held at 10:30 a.m. Saturday, May 2, at the Mitchell Family Funeral Home. Burial will be in the Melbourne Memorial Gardens. Visitation will be from 5 until 8 p.m. Friday evening, May 1st at the Mitchell Family Funeral Home. Memorials may be directed to the Kairas Baptist Church. To send a condolence or to send flowers, please visit mitchellfh.com or call 641-844-1234.

Born on May 18, 1945, in Albion, Gary was the son of Onnie and Ines (Adams) White. He grew up in Albion and graduated from the Marshalltown High School in 1963. On October 14, 1972, he was united in marriage to Jessie Lewis at the Friends Church in Marshalltown. They made their home in Marshalltown until they moved to Melbourne in 1991. Gary was employed at Lennox for 27 years before retiring in 2003. Kuhuna operated his own business named White’s Customs, a garage he owned to build street rods. Gary was a member of the Marshalltown Street Rodders and a member of the Harvest Time Baptist Church.

Left to cherish his memory is his wife, Jessie; his children: Russell Thompson, Mike Poland and Michelle (Derek) Dighton; his grandchildren: Joey, Jerica and Isaac Dighton.

In eternal life, Gary has been reunited with his parents, his brother, Darwyn and his sister, Diana Jorpeland.