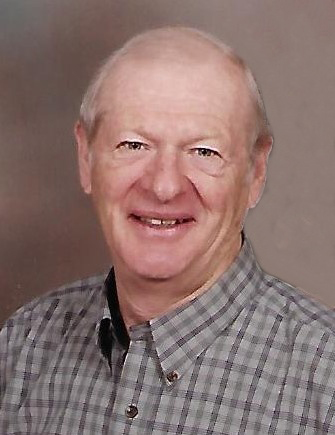 John A. Swearingen, 83, of Marshalltown, passed away suddenly on the night of Monday, April 20th, in the peace of his home with his wife at his side. Due to the state mandates, a private family funeral service will be held Friday, April 24th, 2020, at the Mitchell Family Funeral Home. Burial will follow in the Riverside Cemetery. Memorial contributions may be directed to the Central Christian Church or the Iowa River Hospice in John’s name. To share memories or to send flowers, please visit mitchellfh.com or call 641-844-1234.

Born on October 9th, 1936, in Marshalltown, he was the son of Cecil and Joyce (Waters) Swearingen. He graduated from the Marshalltown High School in 1954. John served our country honorably in the United States Army from 1959 until 1961.

On November 23rd, 1963, he was united in marriage to Beverly Woodley at the Central Christian Church in Marshalltown. They made Marshalltown their home all of their married lives where he was employed at Iowa Electric for 35 faithful years until retiring in 1998.

John was a devoted member of the Central Christian Church, the American Legion, IBEW Retirees and he was the Commissioner of the Marshalltown Football League. He loved attending the Minnesota Vikings games and cheering on the Iowa Hawkeyes. He also enjoyed playing golf and solving the problems of the world over a cup of coffee. Spending time at the family lake home at Lake Cornelia at Clarion was precious and was a family tradition.

Left to cherish his memory is Bev, his loving wife of 56 years; son Brad (Jennifer), of Coralville and daughter Jill (Jeff Turner), of Marshalltown; grandchildren: Katelyn and Miranda Swearingen and Zakary and Alex Herink, as well as many friends.

In death, John rejoined his parents, a sister and a brother.