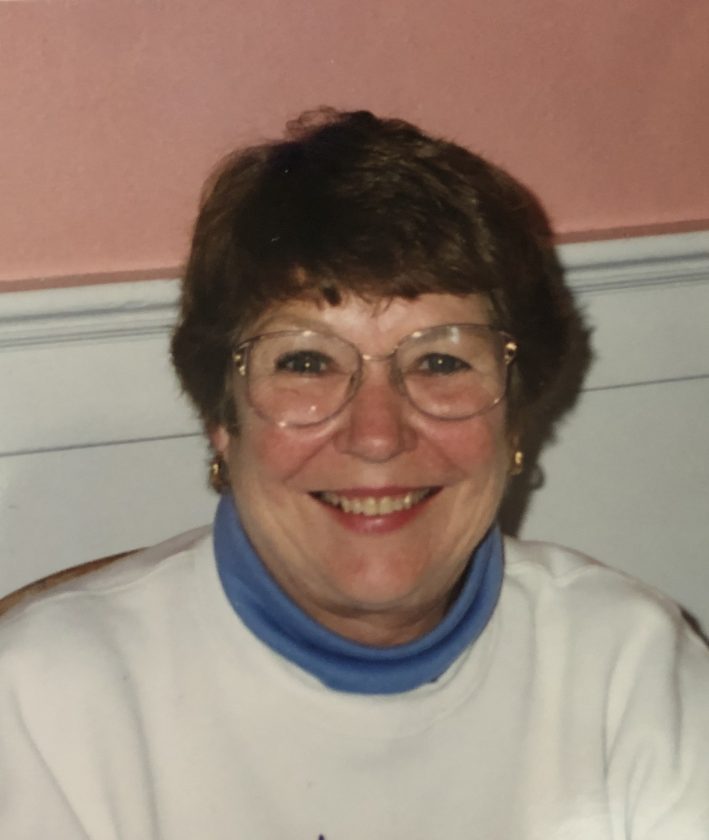 Jane N. Norris, of Marshalltown, passed away peacefully on May 21, 2020. She was 85. She had been a resident of Glenwood Place for 5 years. Anderson Funeral Homes of Marshalltown has been entrusted with the arrangements. Online condolences may be sent to www.andersonfhs.com

Mrs. Norris was born Sept. 2, 1934, to Clarence and Lela North in Des Moines where she was a graduate of North High School. In Des Moines she was Grand Worthy Advisor in Iowa for the Order of Rainbow for Girls and won a four-year tuition-free scholarship to Grinnell College in Grinnell, Iowa, that was presented every four years to a Des Moines female high school graduate. Mrs. Norris was graduated from Grinnell in 1956.

Mrs. Norris married David U. Norris on Feb. 21, 1956, at Grinnell College before joining him at his military assignment in Japan upon her graduation in June.

When the couple returned to the United States in 1959, they lived in Boone, Iowa, one year and then moved to Decorah, Iowa. In Decorah, Mrs. Norris was on the first board of directors that organized and started the nationally recognized Nordic Fest Celebration in Decorah.

She was a news correspondent for the Des Moines Register, Waterloo Daily Courier, Cedar Rapids Gazette and Dubuque Telegraph-Herald. She also did volunteer work for the Norwegian-American Museum in Decorah and helped greet King Olaf on his historic visit to the community.

She moved to Marshalltown with her family in 1969 and became very active in the community. She served as the first outside woman member of the board of directors of a major bank in the city, serving for 27 years on the boards of Security Bank and later F&M Bank. She served on the Board of Visiting Nurses Assn., County Welfare organization and Mid-Iowa Workshops. She was a member of Marshalltown Assistance League where she once served as treasurer and chaired the annual Thrift Sale project,

Mrs. Norris was a member of Hawthorne and the Chapter BB of P.E.O. She also delivered Meals on Wheels for many years. As a licensed pilot along with her pilot husband, she flew for many years in the Upper Midwest. She also owned and managed many apartments in Marshalltown .

Mrs. Norris imported Norwegian yarn and developed needlepoint kits as a business and also sold her designs and yarn kits through “Better Homes and Gardens” national magazine. She taught Norwegian needlecraft at the Marshalltown Y for many years.

She chaired the committee that needlepointed the Marshall County courtroom chairs after the courthouse renovation project with many of the chairs having her own design.

Memorials may be sent to the Marshalltown Assistance League or the Y Heritage Club. No plans for a memorial service have yet been announced.