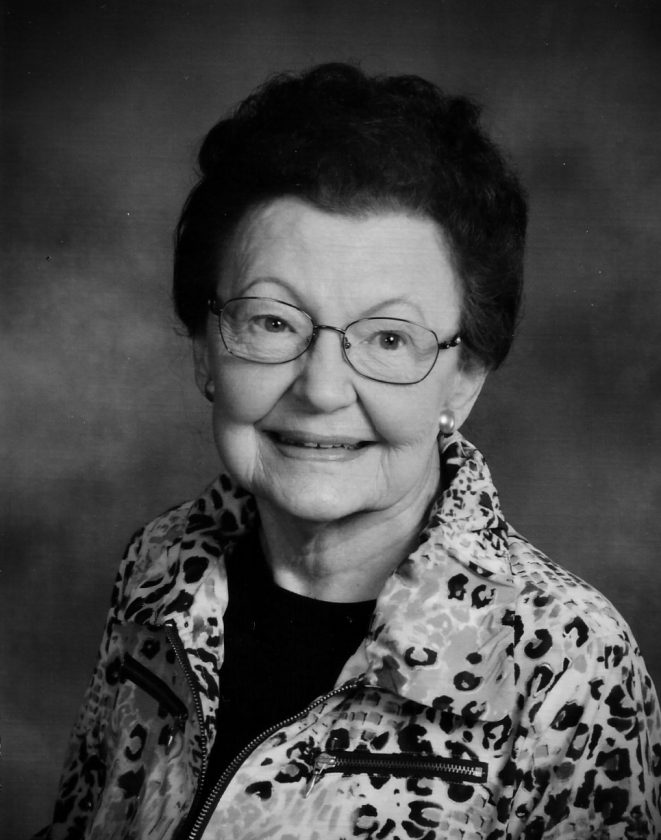 Janet S. Allbee, of Bluffton, SC, formerly of Marshalltown, Iowa, passed away June 11, 2020, at Coastal Carolina Hospital of natural causes. In lieu of flowers, the family requests remembrances are made to the Alzheimer’s Association, local Animal Rescue League or the Marshalltown First Congregational Church. She was cremated as was her wish and a memorial service in celebration of Janet’s life will be held at a later date in Marshalltown.

Janet was born to George and Hulda (Harten) Shimerda on November 13, 1926, in Oxford Junction, Iowa. As an only child growing up on the family farm, she developed a great love of animals and would entertain her Father’s cattle and farm cats with singing and dancing shows. She took voice, piano and dance lessons and tap danced in small towns along the Mississippi River with her class. Janet attended Coe College in Cedar Rapids and graduated from the University of Iowa with a BA in Music and English. She taught vocal music grades K through 12 in Conrad and Green Mountain Schools and later was a paraprofessional at Palmer School in Marshalltown.

Janet was united in marriage to Donald Allbee on June 7, 1947, at the First Congregation Church in Marshalltown where they made their home and he practiced law. Janet was very active in the community especially in MCT and MCC productions under such directors as Max Weise, Sandy Schlesinger and Stan Doerr. She was a member of 20th Century, Early American Glass Club, P.E.O. Chapter NU, American Legion Auxiliary, Garden Club, Tuesday Musical Club and the Dreamettes. Janet was very involved in the First Congregational Church in various choirs as well as starting an interpretive choir over 20 years ago. She loved to cook, entertain and garden and hosted several garden tours for the public.

Preceding her in death were her husband and parents.

Left to cherish her memory is her daughter, Jayne (Don) Bonnette, of Bluffton, SC; son, George and wife Cori, of Eau Claire, WI, and two grandchildren, Christopher and Laura Bonnette, Fayetteville, AR. No one could have asked for a finer Mother, Mother-in-law, Grandmother and Friend.