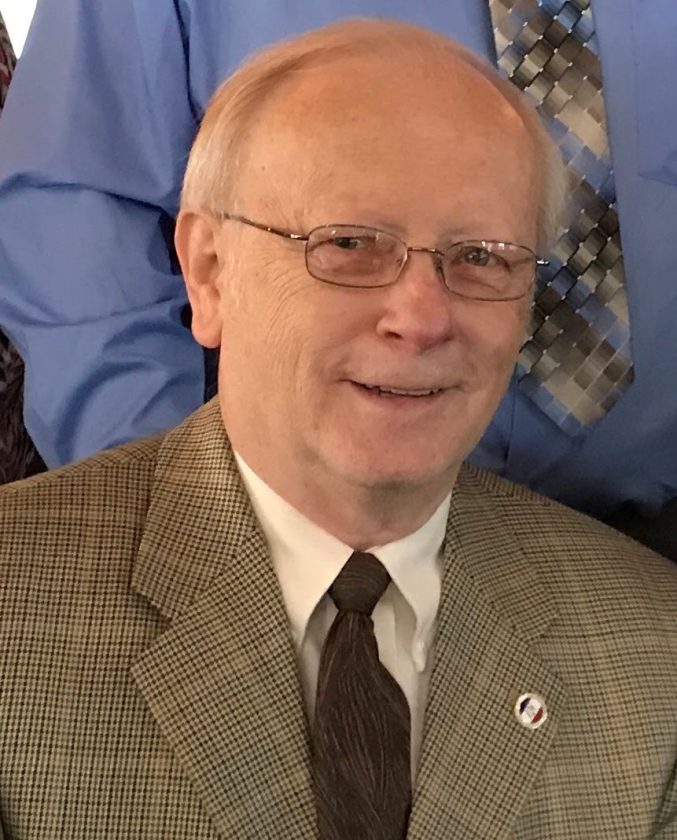 Dennis R. Fulton, 74, of Waukee, passed away on Sunday night, July 26th, at the Kavanaugh Hospice House on 56th Street with his loving family at his side.

Funeral services will be held at 11:00 a.m. Friday, July 31st, at the New Hope Christian Church in Marshalltown with Pastor Kerry Jech officiating. He will be laid to rest in the Benson Cemetery at Whitten with graveside rites conducted by Rev. Ralph Norman of the Liscomb Church of Christ. Visitation will be held from 5-7:00 p.m. on Thursday at the Mitchell Family Funeral Home in Marshalltown with a 7:00 p.m. Masonic service. A memorial fund is being established. For condolences, please visit www.mitchellfh.com. Ph. 641-844-1234.

Born Dennis Richard Fulton on October 2nd, 1945, in Muscatine, Iowa, he was the son of Richard C. and Marjorie (Pahl) Fulton. He grew up in Wilton Junction, Iowa. His uncle, Harry, who owned the funeral home in Wilton, sparked something in Dennis to follow suit. Dennis marked 52 years in funeral service this year after serving countless families at Estel-Perrin’s in Marshalltown, Dunn’s Funeral Home in Des Moines, Turner Funeral Home and Cedar Memorial in Cedar Rapids and the Greer Funeral Home in Waterloo. He and Connie also started CODEMIDE Associates, an asset and recovery firm.

On October 27th, 1968, he was united in marriage to the love of his life, Connie Jo Morris. They made their home in many communities where he was active in church, the Masonic and Shrine and the lives of his children. He held offices in the Cedar Rapids Washington High Athletic Club and the Marion Christian Church; the Des Moines Jaycees, El Kahir Shrine and was the youngest Reagan delegate at the Republican National Convention in 1980 in Detroit.

In death, Dennis rejoined his parents and grandparents.