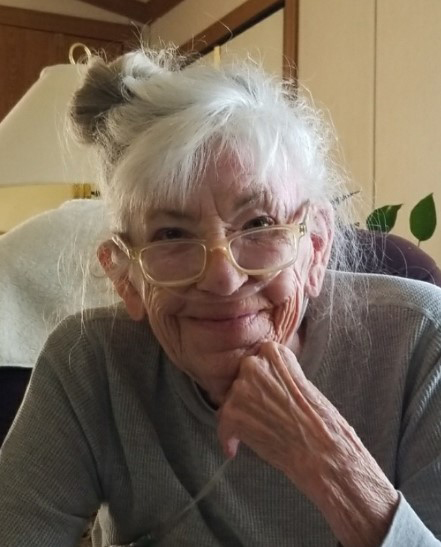 Carol Micllef, 81, of Marshalltown, passed away July 29, 2020, at Mary Greeley Medical Center in Ames in the care of her two daughters and medical staff.

Services for Carol will take place on Tuesday, August 4 at 2:00 P.M. at Mitchell Family Funeral Home, with burial immediately following at Rose Hill Memorial Gardens. A visitation will take place 2 hours prior beginning at 12:00 P.M. Attendees are encouraged to dress casually. Memorials may be directed to the family for later designation. For additional questions or to leave a condolence, please visit www.mitchellfh.com or call 641-844-1234.

Born Carol Jean Walden on October 22, 1938, in Centerville, IA, she was the daughter of Alva Jr. and Gweneth (Frye) Walden. Carol grew up in Centerville and graduated from high school in 1956. At only 17, she and three friends decided to leave their small town for a big city life. They all moved to Chicago and took jobs at the railroad. Carol would tell stories of the apartment they shared right on the water and wearing high heels and makeup for the first time. She found the change of pace and lifestyle she had longed for.

It was there that she met the love of her life, Edgard Micllef. They were united in marriage on June 13, 1959, in Chicago. They lived in Chicago, Indiana, and then settled down in Palos Park, Illinois, where they raised their four children together. They were married 25 years before Edgard’s passing in 1984.

Carol eventually moved back to Iowa to be closer to her parents. She worked for Koehler-Mohler Insurance for many years and then retired from Shomo-Madsen Insurance. In her free time, she made beautiful jewelry. She also enjoyed playing in online poker tournaments and other computer games.

Carol is preceded in death by her parents, Alva and Gweneth; her husband, Edgard and her son Michael Micllef.