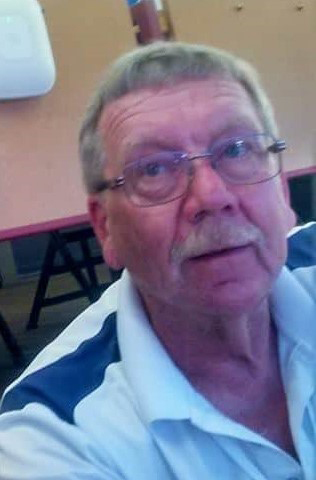 Lanson “Lance” Renaud, 73, of Marshalltown, IA, passed away Wednesday, July 29, 2020, at UnityPoint Hospital in Marshalltown. Visitation will be held 5:00 p.m. to 7:00 p.m. Monday, August 3, 2020, at Grace Church in Marshalltown. The family request your favorite sports team apparel. Private graveside services will be held Tuesday, August 4, 2020. Memorials may be directed to the Animal Rescue League of Marshalltown where Lance adopted his family of pets that he loved so much. Anderson Funeral homes has been entrusted with arrangements Further arrangements are pending at Anderson Funeral homes. Online condolences may be sent to www.andersonfhs.com

Lanson Lee (Lance) Renaud was born February 8, 1947, in Mahaska County, Iowa. He was one of four children born to Ivan Brandt & Elizabeth Marie (De Jong) Renaud. His siblings are Kevin Lee, Karna Rae & Lorna Rae. His growing up years were spent living on a farm south of Sully, Iowa, milking dairy cows as his main chore. He is best remembered by family for the time he was caught practicing his pitching with his mother’s eggs against the chicken house wall until his mom caught him! His first year of school was at Chester School, a one room school near Sully. He also attended school in Sully, Lynnville and graduated from Lynnville-Sully High School in 1965. He then attended William Penn College for one year and graduated from the University of Northern Iowa in January 1970, with a teaching degree in English & Speech. Lance married Leslie Louise Hamilton on June 8, 1968. They have two children, Christopher Lynn and Tamara Lynn. They have one grandchild, Spencer Hamilton Renaud. Lance took his first teaching job at Washington Junior High in Ottumwa, Iowa, January 1970 teaching English & Speech and, of course, coaching. Lance had started broadcasting while he was at William Penn College in 1965. Along with teaching, Lance worked as a sportscaster & weekend DJ at KBIZ radio in Ottumwa, Iowa. In 1972, Lance left teaching and joined broadcasting full time. Over the years, he broadcast sports for KTVO in Kirksville, KXOF in Bloomfield & KFJB-KIX in Marshalltown. He retired from broadcasting in 2018, In 2004, Lance was honored with the Iowa High School Athletic Association’s Sports Media Award. In 2009, he received the Sportscaster of the Year award from the Iowa Broadcast News Association. Lance was also known for coaching Little League & Babe Ruth baseball for 30 years in Ottumwa, Iowa. He had a real heart for coaching kids. His players meant so much to Lance and many have reached out with memories of their time with him in the last few days. He also spent over 40 years umpiring baseball, softball, basketball and football. In fact, he umpired his last game just last week. Lance’s priority was always fairness and knowledge of the game.

In broadcasting and in umpiring Lance’s most important professional values were fairness and neutrality. He always kept the emphasis on the experience for the players. But Lance’s heart was first for his own children. He was extremely proud of his children. Son, Chris, graduated from the University of Iowa with a Master’s Degree in Film Production and is an Associate Professor of Film Production at the University of West Georgia in Carrollton following in his father’s footsteps as a teacher. Daughter, Tammy, has a Master’s Degree in Psychology from the University of Texas in Houston and an Occupational Therapy Degree from the University of Texas Medical Branch in Houston. She works as a Pediatric Occupational Therapist for River Kids in Round Rock, Texas. Tammy is also known for her work in Animal Assisted Therapy having inherited Lance’s great love for animals. Lance had two children with very interesting professions to follow and Lance did. Tammy has a son, Spencer, whom Lance loved to talk about to anyone who would listen! Lance had one important piece of advice that he continually shared with his kids–don’t forget to change the oil! Though family and sports were the biggest part of Lance’s life, he loved his many pets over the years many of whom were brought to our house by our children. We sometimes referred to “Tammy’s Placement Bureau.” In retirement, he enjoyed reading sports & history books and watching the Weather Channel. Leslie thinks he always fancied himself a weatherman. He enjoyed the monthly sibling (delete) Sunday night dinners with his siblings catching us on family news. Lance may have grown up on a farm but he never really became a farmer. This can be attested to by Leslie as every year Lance would plant his tomato plants in July in the shade and wonder why he didn’t have tomatoes. Lance enjoyed spending time in the summer with Spencer visiting from Texas. Lance was a great lover of animals and spent endless hours in retirement with his dog and cats. Lance had too many friends to even begin to count and it seemed that everyone loved him.

He is preceded in death by his parents.