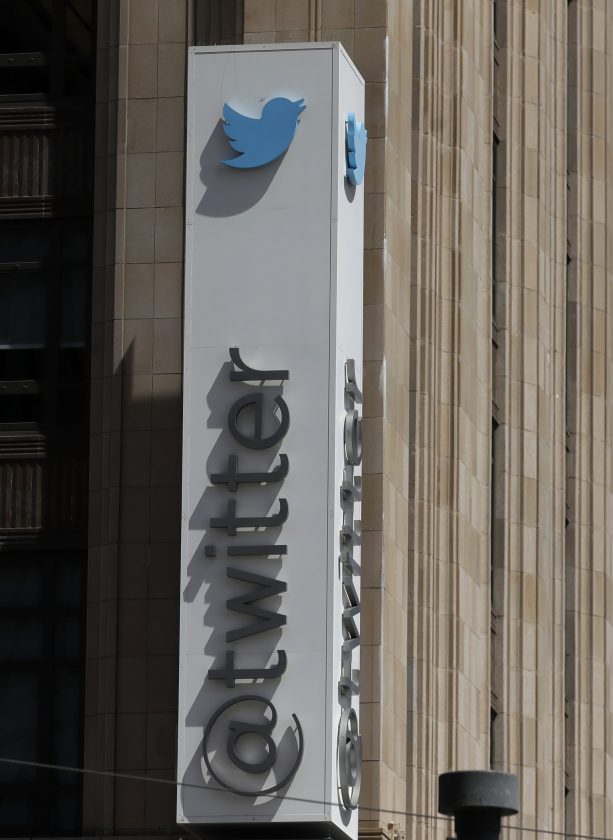 A sign outside of the Twitter office building is shown in San Francisco, Tuesday, July 9, 2019. (AP Photo/Jeff Chiu)

If the late author George Orwell was correct that political language is “designed to make lies sound truthful” and “give an appearance of solidity to pure wind,” then surely social media was made to fan those lies far and wide.

That’s much easier to do when bots artificially amplify disinformation.

Automated accounts on Twitter do so in a variety of ways. One is by heavily promoting a lie immediately after it’s published, tricking real people into trusting and sharing it.

Doing so is against Twitter’s rules on platform manipulation. But that’s apparently what happened this month when a Twitter account with relatively few followers posted a conspiracy theory falsely linking Democratic presidential candidate Beto O’Rourke to the Midland-Odessa mass shooter — and then swiftly received thousands of retweets.

The original tweet was posted a day after the massacre to the account of Sue Moore, purportedly a 72-year-old retiree living in Mesa, Arizona. It read: “The Odessa Shooter’s name is Seth Ator, a Democratic Socialist who had a Beto sticker on his truck.”

Within days, the fake news had racked up more than 10,000 retweets, including one by Anthony Shaffer, a member of President Donald Trump’s 2020 advisory board. The Washington Post reported that bots were to blame for most of the amplification.

A Texas Department of Public Safety spokesman has categorically debunked the conspiracy theory. But weeks later, the lie remains posted on Twitter. The company has said it won’t remove the proven untruth because it doesn’t break any of Twitter’s rules.

Do tech giants get this? It’s debatable.

Last summer, Twitter announced it had removed tens of millions of fake accounts from the platform. That apparently wasn’t enough. A few months later, a study by the Knight Foundation found that more than 80% of the accounts that spread disinformation during the 2016 presidential campaign still were active — and publishing more than 1 million tweets a day.

Shortly before the 2018 midterm elections, Twitter announced it had purged thousands more automated accounts that were trying to discourage voters from casting ballots. But the company would not provide examples of the accounts it had removed.

Other platforms have shown increasing comfort in shutting down disinformation, particularly in moments of crisis.

In February, as the worst measles outbreak in decades swept the country, YouTube stopped allowing anti-vaccine channels to run ads. A month later, Facebook made it more difficult for its users to find similar content.

These were welcome developments — and examples of social media companies acting as arbiters of truth, whether they want to admit it or not.

As for Twitter, it has shown less hesitation in swinging an editor’s ax.

In June, the company announced it would finally start removing or quarantining tweets by public officials that violate its rules. On Friday it backed up that pledge by deep-sixing a tweet that once again targeted O’Rourke.

After O’Rourke made a statement during the Democratic presidential debate last Thursday in Houston about taking away assault weapons, Rep. Briscoe Cain tweeted : “My AR is ready for you Robert Francis,” using O’Rourke’s legal name.

Twitter should take the same swift action against political speech that is provably untrue, especially when it’s blown to the winds by an army of bots. Disinformation fueled by social media is a crisis in this country, and the tech giants have a responsibility to help rein in the lies rather than amplify them. 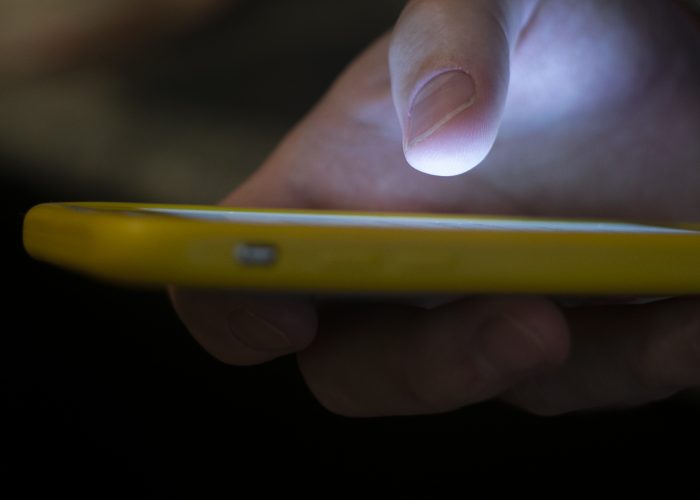 Battle against robocalls should be more than a pipe dream