It is not a crime to win

This is not one of my typical crime and justice columns. This one comes from a personal place.

I love the television show “Jeopardy!” I adore host Alex Trebek, and I watch the program whenever I can. So when contestant James Holzhauer recently started racking up hundreds of thousands of dollars and then reached more than $1.6 million before a two-week hiatus, I was spellbound! Holzhauer is perhaps on his way to beating the all-time “Jeopardy!” champ, Ken Jennings, who took home more than $2.5 million in 2004. I can’t wait to see if that record is broken.

But then I started reading the criticism. From the Washington Post’s Charles Lane: “I have just one question: Do you not see that this guy is a menace?”

Variety TV critic Daniel D’Addario wrote, “He’s become such a dominant force that a historic run has come to seem, as television, boring. … Holzhauer’s run is a thrilling achievement, and deadly dull television.”

The Buffalo News columnist Jeff Simon was even more blunt, saying: “I can’t wait for James Holzhauer to lose. I don’t care how many records he ultimately sets for winning money on ‘Jeopardy’ — or for how quickly sets them all — he is, to me, absolutely no fun to watch.”

What is wrong with these people? It is not a crime to win. It is a crime if you cheat and win. Holzhauer’s success is based solely on two incredible talents: his intelligence in an astoundingly broad array of topics and his fantastically fast reflexes, which assure he is almost always first to buzz in to give the right answer. Instead of recognizing his talents, the killjoys focus on Holzhauer’s occupation (he’s a professional gambler) or his smile (too wide, displaying too many teeth, they say) or the robotic way in which he delivers his answers.

Why do some people hate a winner? Excelling at something is a good thing we should applaud. It keeps people out of trouble if they are focused on positive endeavors. Hey, watching someone on television win more than a million bucks might even inspire young people to put down their phones or abandon their video games. They might come to see the wisdom in pursuing higher education and the joy of a tough competition well-played.

Those criticizing this “Jeopardy!” champ remind me of Little League parents who insist everyone must get a trophy even if they didn’t win. They can’t stand one person excelling over all others. Oh, they say they want to help build self-esteem among the losers, but I think that deep down, they may be more intent on diluting the accomplishment of the champion. It’s like those who constantly put down the historically competitive New York Yankees or the New England Patriots.

Interesting to note, I discovered that the curmudgeons from both the Washington Post and Variety are former “Jeopardy!” contestants. D’Addario lists himself as a “Semifinalist on ‘Jeopardy!’ College Championship” (no year mentioned), which means he was unable to achieve what Holzhauer has. Lane admits he came in dead last while competing in Sept. 1991. By the way, Lane is a graduate of both Yale and Harvard, and I’m betting his parents sent him to those schools with the idea that his high-priced education would help him become a winner in the game of life. So it’s baffling that he would write of Holzhauer, “The only thing more troubling, as a commentary on American culture, than his grinning, relentless march to victory … is that millions celebrate it.”

When did winning a good, wholesome brain game become a thing to not celebrate? In what universe is a person who studies hard, applies himself or herself, and conquers a lofty goal a “menace?” Am I missing something here, or am I right on the money when I say we’ve become a nation populated by nasty naysayers who find glee picking apart those who do well?

I don’t like the trend. It reeks of rank jealousy, and that’s never a pretty character trait.

In the old days, contestants on “Jeopardy!” were rather unexciting. In recent years, some real dynamos have appeared. The bearded and quirky Austin Rogers, a New York bartender who doesn’t own a TV and mugged for the camera, took home $411,000. The brilliant Julia Collins from Illinois showed American girls that being smart pays off. After winning 20 straight games, she took home $428,000. An advertising man from Los Angeles named Buzzy Cohen was a delight to watch as he won $164,603. He thanked his grandfather, “Papa Louie,” for the set of encyclopedias that sparked his love of learning.

Look, there’s enough evil, crime and ignorance in the world. I know because it’s my job to follow it. For a half-hour, six days a week, can’t we set aside the snarky comments and root for some really smart and accomplished people? I vote yes.

I also send best wishes to Alex Trebek and his battle against pancreatic cancer.

Diane Dimond is a 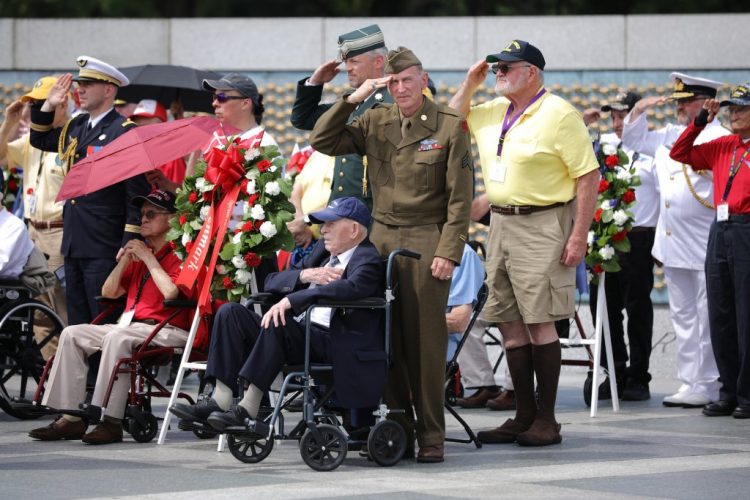