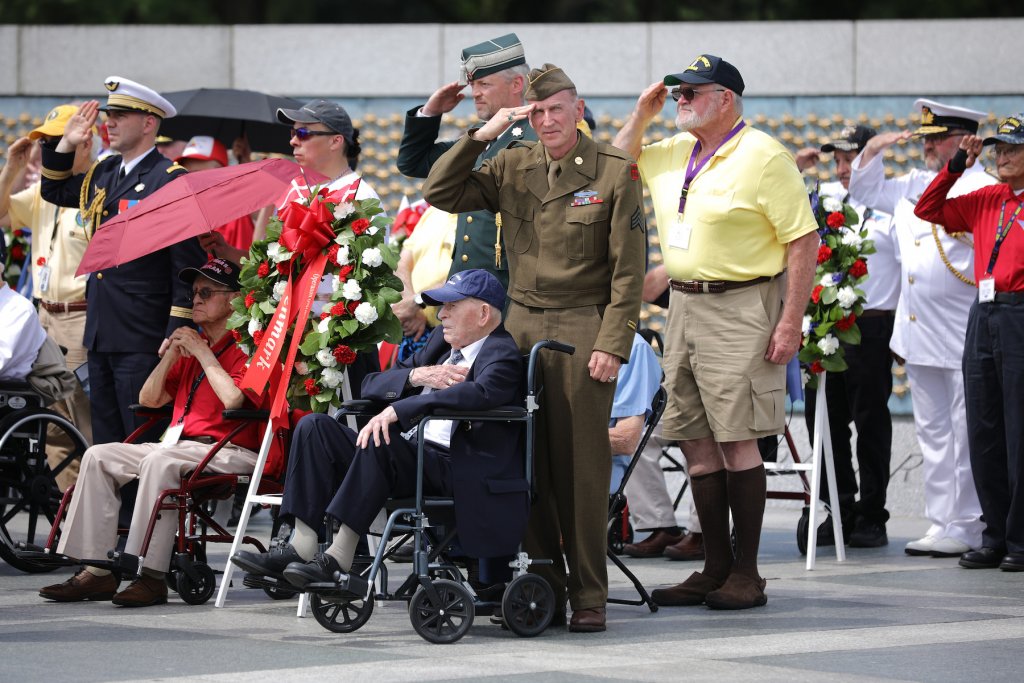 Photo by Chip Somodevilla World War II veterans, their families and military representatives of the countries that participated in the D-Day invasion hold a wreath laying ceremony at the World War II Memorial on the National Mall on the 75th anniversary of Operation Overlord in Washington, D.C.

The shackles could not hold us. The Evanses cast them aside last week and traveled to Bloomfield and Cedar Rapids to visit our parents.

There are few social distancing concerns when you are standing quietly in a cemetery with your spouse, and your thoughts.

Every time I make the trip to Bloomfield and stop at the neatly tended expanse up the hill from the Fox River, there are many topics I wish I could chat about with Mom and Pop. Most would deal with family — what Sue and I have been up to, our two daughters, and how much we wish Mom and Pop could have the pleasure of knowing these delightful young women.

Last week, I found myself wishing I could talk about the coronavirus epidemic that has left everyone’s lives topsy-turvy.

Most of all, I wanted to ask Pop about the deadly 1918 influenza pandemic that he lived through. He was 9 years old when it struck.

The United States government minimized the seriousness of the outbreak at first. (Where have we heard that before?) About 103 million people lived in the U.S. then, about one-third of today’s population. With no vaccine available to guard against infection and no drugs to help those who became ill, the U.S. death toll quickly rose, reaching a staggering 675,000 people.

I found myself with a head full of questions for Pop last week.

I wanted to hear his stories about how his parents and twin sister coped in the countryside of southwestern Davis County. I wanted to know how much his family knew about the epidemic as it played out in those times before radio and 24/7 cable news. I was curious if any of his family’s friends or relatives were felled by the disease.

As I stood there among the rows of granite slabs, my mind also drifted back to something one of my professor friends sent me a week or so ago.

He is not bashful about challenging my opinions with his emails, forcing me to rethink my views and defend them. He enjoys peppering me with thorny questions, just as he has for 50 years with his Iowa State University students.

This email was no different, even though he merely forwarded it from his brother-in-law, who passed it along from someone else. The original author is a mystery, but the note has traveled the world this spring as the coronavirus spread.

The theme of the observations boils down to this: Yes, it’s a mess out there now, but let’s try to keep things in perspective.

“For a small amount of perspective at this moment, imagine you were born in 1900,” the writer starts.

I perked up when I read that because Pop and his sister Naomi were born not long after that, on July 20, 1909.

The writer goes on:

“On your 14th birthday, World War I starts and ends on your 18th birthday. 22 million people perish in that war. Later in the year, a Spanish Flu epidemic hits the planet and runs until your 20th birthday. 50 million people die from it in those two years.

“On your 29th birthday, the Great Depression begins. Unemployment hits 25 percent, the world GDP drops 27 percent. That runs until you are 33. The country nearly collapses along with the world economy. If you were lucky, you had a job that paid $300 a year, a dollar a day.

“When you turn 39, World War II starts. You aren’t even over the hill yet, but don’t try to catch your breath. On your 41st birthday, the United States is pulled into World War II.

“If you lived in London, England, or most of continental Europe, bombing of your neighborhood, or invasion of your country by foreign soldiers along with their tanks and artillery was a daily event. Between your 39th and 45th birthday, 75 million people perish in the war.

“Smallpox was epidemic until you were in your 40s, as it killed 300 million people during your lifetime.

“From your birth until you were 55, you dealt with the fear of polio epidemics each summer. You experience friends and family contracting polio and being paralyzed and/or dying.

“At 55, the Vietnam War begins and doesn’t end for 20 years. 4 million people perish in that conflict.

“During the Cold War, you lived each day with the fear of nuclear annihilation. On your 62nd birthday there is the Cuban Missile Crisis, a tipping point in the Cold War. Life on our planet, as we know it, almost ended. Sensible leaders prevented that from happening.

“When you turn 75, the Vietnam War finally ends.

“Think of everyone on the planet born in 1900. How do you think they endured all of that? When you were a kid, you didn’t think your grandparents understood how hard school was and how mean that kid in your class was. Yet, your grandparents survived through everything listed above.

“Perspective is an amazing art. Refined as time goes on and very enlightening. So, let’s try and keep things in perspective. Let’s be smart. We are all in this together. Let’s help each other out, and we will get through all of this.”

Yes, perspective is so valuable.

Mom and Pop lived through so much, both good and bad, during the time they spent in that piece of Iowa called Davis County. 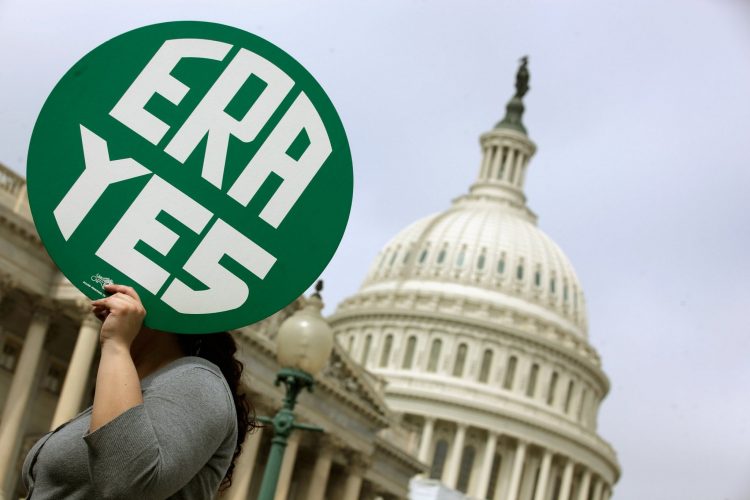