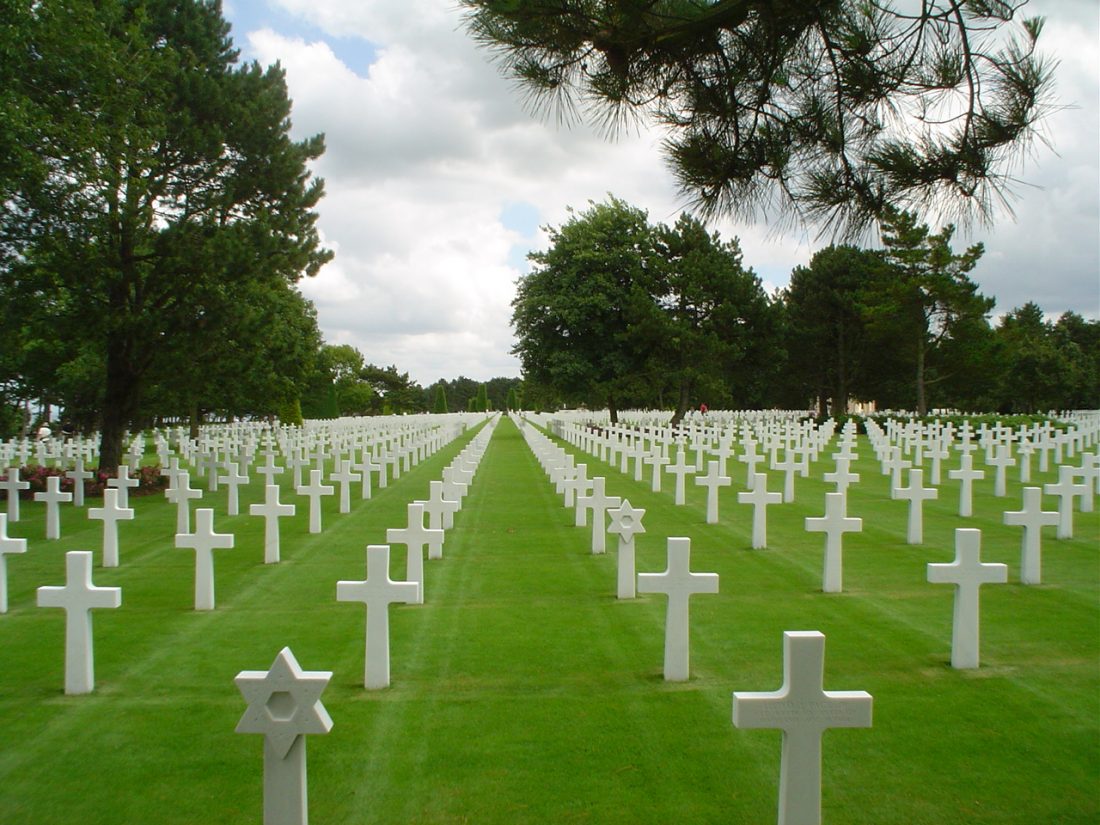 Written by Elizabeth Reid Terrones, who lived in Belfast, Northern Ireland during WWII.

I remember that Sunday, Sept. 3, 1939. We were at war with Germany. Sad were our hearts at seeing our dads and brothers leave. Fear for the future was on all of our minds. Life was never to be the same again.

Soon bombs rained down upon us, losing loved ones, friends and homes. We felt loneliness and heartache. With heavy hearts we carried on.

Hitler was taking over Europe and we wondered how much longer we would be free. We all heard the horror stories of how the Nazis treated the Polish, Danish, French and those who were captured so we lived in fear daily.

On December 7, 1941 Japan attacked Pearl Harbor. Soon American service men were in Europe and we were filled with hope. Now we were not fighting alone. The G.I. came to our land. They were our friends. Many married in our country.

The big day came. We watched the sky that evening of June 5, 1944. Planes were leaving carrying precious sons, brothers and dads to land in Normandy by fighting the enemy to keep us free. We prayed, “God go with them and bless them as they fight today.” Tears were many for those who would never come home again; Young men who never had the chance to live and enjoy life. Heartbreak visited many families as news came back of those who gave their all. We listened to the radios for news of our gallant men and women fighting such a terrible enemy. Losses were so many.

Freedom came at a very high price. Cherish your freedom. Honor your flag. Vote. Cherish your right to worship as you please. These are the things brave men and women died for.

The white crosses in our national cemeteries remind us that a man’s life was the cost of your freedom.