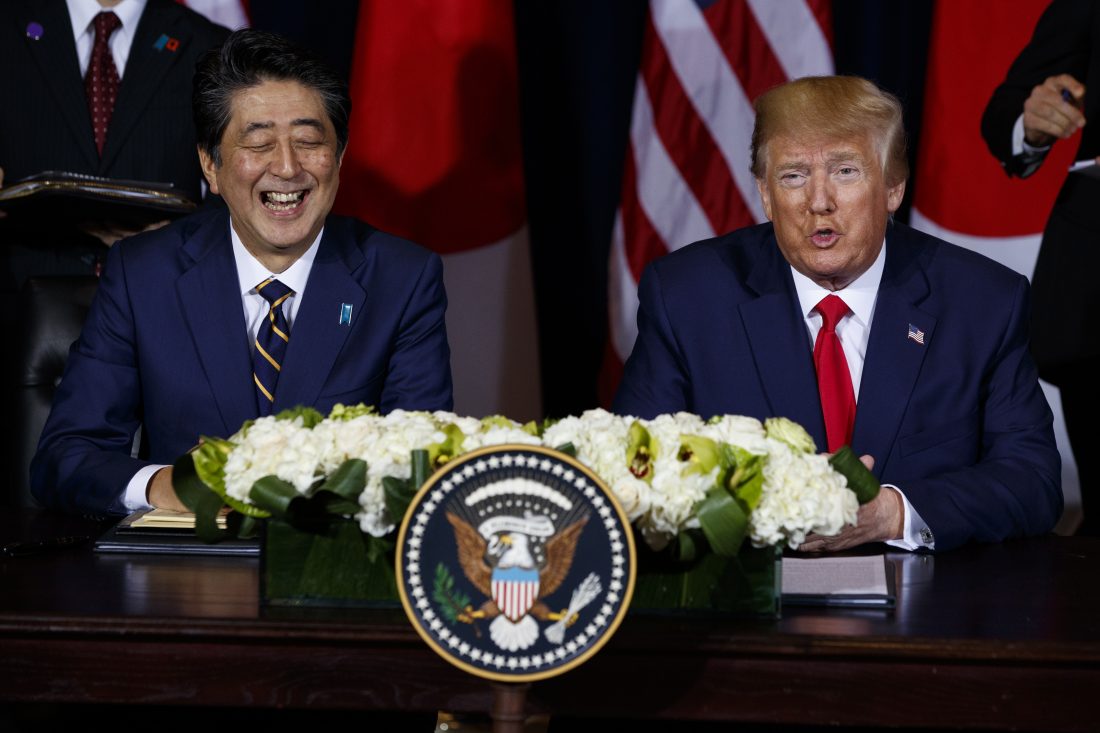 America’s economy is strengthened when our nation is able to increase its sales internationally. The export of agricultural products has long been one of the most robust and successful parts of the trade picture for the United States. The foreign demand for what is produced in farm country has also made a hugely positive contribution to Iowa’s continued prosperity.

The prospect of increasing agricultural sales abroad has been brightened significantly by the just-announced United States-Japan Trade Agreement.

“This agreement between the United States and Japan is a better deal for the entire U.S. economy, but is a particularly big win for our farmers and ranchers,” U.S. Secretary of Agriculture Sonny Perdue said shortly after President Donald Trump and Japanese Prime Minister Shinzo Abe jointly announced that the two nations had agreed upon an improved structure for trade between them.

Japan is already a major market for America’s ranchers and farmers. In 2018, $14.1 billion in food and agricultural products was exported by the United States to Japan. According to the U.S. Department of Agriculture, $5.2 billion of those sales were free of Japanese tariffs. Reducing and eventually eliminating the remaining tariffs is a major goal of the new pact.

Tariff reduction is immensely important because Japan, which is our nation’s third largest trading partner, is a key market for Iowa food and agricultural products. Those sales have the potential to grow substantially as trade becomes freer of tariffs and other restrictions.

Gov. Kim Reynolds will be leading a trade mission to Japan in November to explore how the Hawkeye State can best take advantage of these enhanced opportunities.

“President Trump’s U.S.-Japan Trade Agreement is a decisive victory for Iowa farmers,” Reynolds said in a statement just issued. “Japan is a key export market for beef, pork and corn, which is why this trade agreement brings much-needed stability to Iowa’s ag economy.

It is now expected that it will become possible to export more Iowa beef, corn, pork and soybeans to Japan. In 2018, those sales wevre already hefty. According to information provided by the governor’s office, that year “Iowa exporters shipped $491 million in corn products, $370 million in pork products and $135 million in beef products to Japan.” Iowa’s 2018 soybean sales in Japan were estimated to have had a value of $122 million, according to data released by the Iowa Department of Agriculture and Land Stewardship.

Iowa Secretary of Agriculture Mike Naig sees this trade deal as being very good news for Iowa farmers and producers of agricultural products. He said the lower tariffs will make it possible for Iowa exporters to be more competitive in Japanese markets.

The Times-Republican agrees and enthusiastically welcomes the U.S.-Japan Trade Agreement. If it can be complemented by prompt congressional approval of the U.S.-Mexico-Canada Trade Agreement and progress toward better trading arrangements with China the Iowa economy will be greatly benefited.

Weapons of the weak

As I navigate life as a queer disabled woman, I frequently think of Yale political scientist James C. Scott’s ...