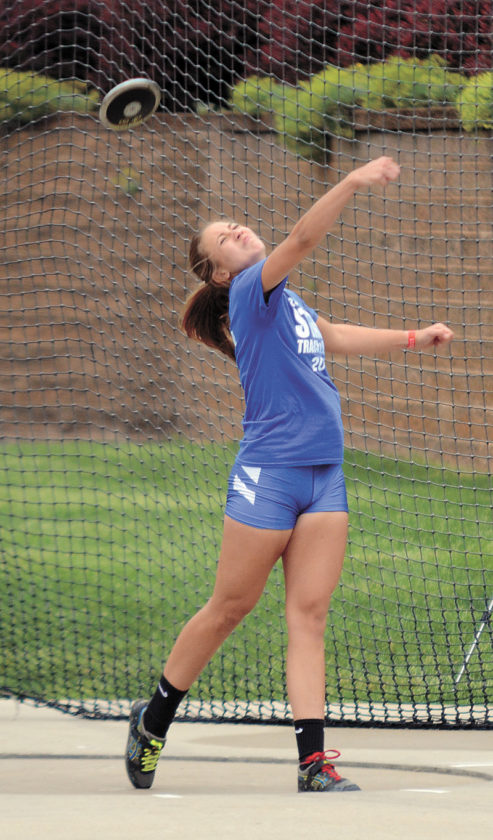 T-R PHOTO BY STEPHEN KOENIGSEFLD • Marshalltown’s Malory Henze warms up in the discus ring on Thursday, prior to the event at the Class 4A state track and field meet at Drake Stadium in Des Moines. Henze was 10th with a final throw of 116 feet, 4 inches.

DES MOINES — In her final set of throws of her high school career, Malory Henze defied everything that had ever gone wrong for her in the discus.

Time and time again, she admitted to getting in her own head when a throw wouldn’t stay inbounds. And in some meets, it snowballed to less-than-ideal finishes. But on Thursday, she changed her legacy and confronted all those issues.

The Marshalltown thrower tossed the disc 116 feet, 4 inches, placing 10th and missing the finals by a foot Thursday in the Class 4A Iowa Co-Ed State Track and Field Championships. It wasn’t how she had hoped to end her career, but it was an end worth noting.

For the past few meets, Henze would often start with a standing power throw. Not spinning like she does on her other two preliminary throws. It helps her get into a positive mindset, knowing she has a mark inside the boundaries.

That’s how she got to the finals at the district meet in Ames a week ago. 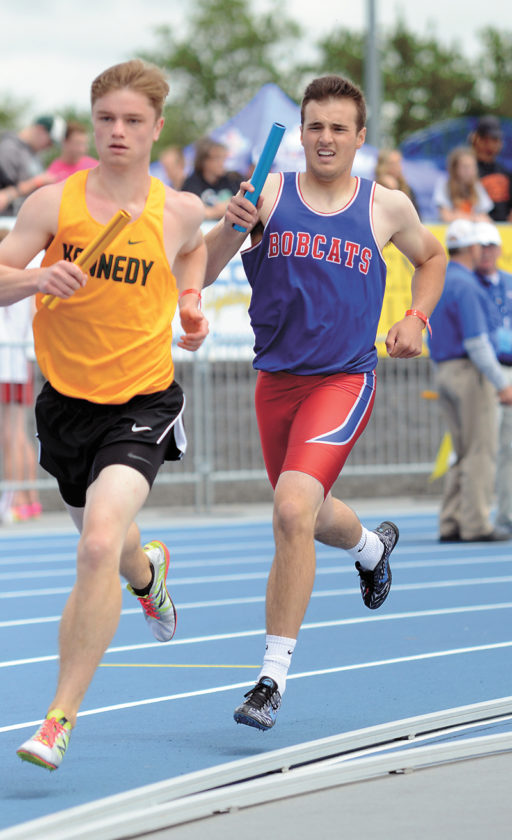 But on her first throw Thursday, the power stance failed her and the disc went sailing out of bounds.

One throw down, only two left.

“I was thinking, ‘Well, that’s OK. I’ve got two more so it’s not that big of a deal if I out a power throw,'” Henze said. “It was a good distance, but I wasn’t worried because I had two more.”

Normally, a first out is the fast track to worry, not only for Henze but for many discus throwers. It sets a tone. But not this day.

Henze bounced back, threw 112-11 on her second throw and 116-4 on her final, defying everything that had come before her.

“It didn’t affect me too much because it wasn’t like it was blown out or anything,” Henze said. “I’m still absolutely ecstatic to be here. I’m just so blessed and thankful to have the opportunity to be down here. It’s really nice to see my hard work as paid off, even though it didn’t result in finals.”

Henze called her career as a discus thrower a “rollercoaster” with as many ups and downs as the nearest attraction. But it ended with one last climb, culminating in the Bobcats’ first state qualifier in three years.

The Marshalltown boys were able to sneak a 4×800 relay into this year’s state meet after a fourth-place finish at their Ames’ district.

The quartet of Bennett O’Hare, Sam Irwin, Luke Pedersen and Brent Johnson were 24th in a time of 8 minutes, 37.13 seconds Thursday. It’s a relay that returns all four members in a year, with a lot left to be desired from the group.

The Bobcats confidence was still high after their qualifying meet, despite having to wait another 18 hours before learning their fate. Irwin said he never doubted the relay’s chances through.

“Well after we ran 8:26 in Ames, 12 seconds faster than our previous best in our season, I felt like we were going to get in for sure,” Irwin said. “We jumped five or six teams, so I was pretty confident.”