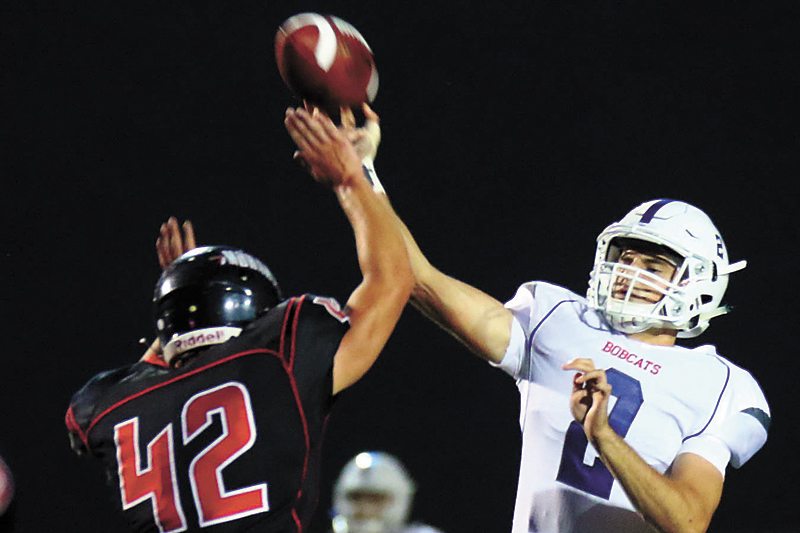 MASON CITY — The name says it all.

Marshalltown’s special teams unit provided the plays the Bobcat football needed to get past Mason City, and MHS downed the Mohawks 16-13 in Friday’s non-district contest at Mohawk Stadium.

Noah DeVenney took the opening kickoff of the second half back 95 yards for the go-ahead touchdown, and Marshalltown’s special teams blocked a punt and a potential tying field goal with 2:01 remaining to help the Bobcats preserve the first win for first-year head coach Adam Goodvin.

“We got down 6-0 and went into halftime and you could see it in their eyes they weren’t happy with that,” Goodvin said of his squad. “You could see they wanted to answer back right away, and that’s what we did.

“Someone’s got to make a play and Noah provided that perfectly for us and the other 10 guys came out and were pumped. It was a whole new half, we came out and set the tone for the second half. Our special teams did an outstanding job tonight.” 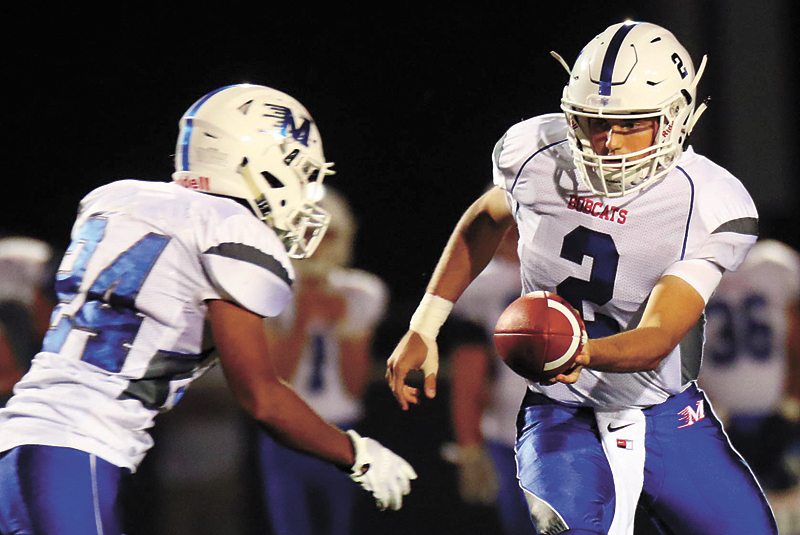 DeVenney’s return kicked off a dominant third quarter for the Bobcats (1-1), who scored all 16 of their points in the period. Sam Irwin hooked up with Josh Melde for a 57-yard touchdown pass midway through the third, and Ryan Huffman’s second successful extra-point kick put Marshalltown on top 14-6.

“Melde is one of our most gifted athletes and we put him on an island out there and Sam put a great ball up there for him,” said Goodvin.

With 1:11 left in the third, Ryan Collins got his hand on a Mason City punt and the blocked kick bounded out of the back of the end zone to make it a 16-6 Bobcat advantage, but Mason City refused to relent.

The Mohawks got back to within striking distance with a big play of their own, as Danny Kamm connected with Azik Barragan for a 63-yard scoring pass, and the critical extra-point kick made it a three-point deficit for Mason City.

The Mohawks got the ball back one more time, and a 63-yard run for Marcos Cervantes pushed the Bobcat defense against the wall. That’s where Marshalltown resisted, and a 25-yard field-goal attempt was rejected with 2:01 to protect the 16-13 lead.

The Bobcats gained possession of the ball at their own 1-yard-line and managed to get the first down they needed to run out the clock on their first win of the season.

“We were backed up real deep, but we practice situations like that all the time and I’m very proud of how they handled it,” said Goodvin.

Irwin finished with an unofficial 51 yards to lead the Bobcat rushing attack, and he was 10-for-13 passing for 114 yards with an interception. Melde made two catches for 83 yards, and Dylan Eygabroad had three receptions for 23 yards.

Marshalltown returns home next Friday for a game against Waterloo East (1-1).

“They put a lot of points on the board,” Goodvin said of the Trojans. “We’ve got to prepare like any other week and continue to improve. We can’t be satisfied ever.” 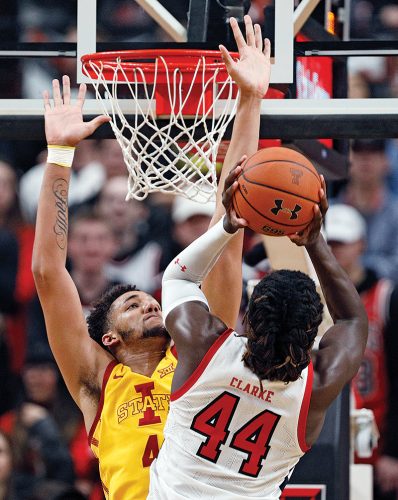