No. 16 Warriors whip through MCC 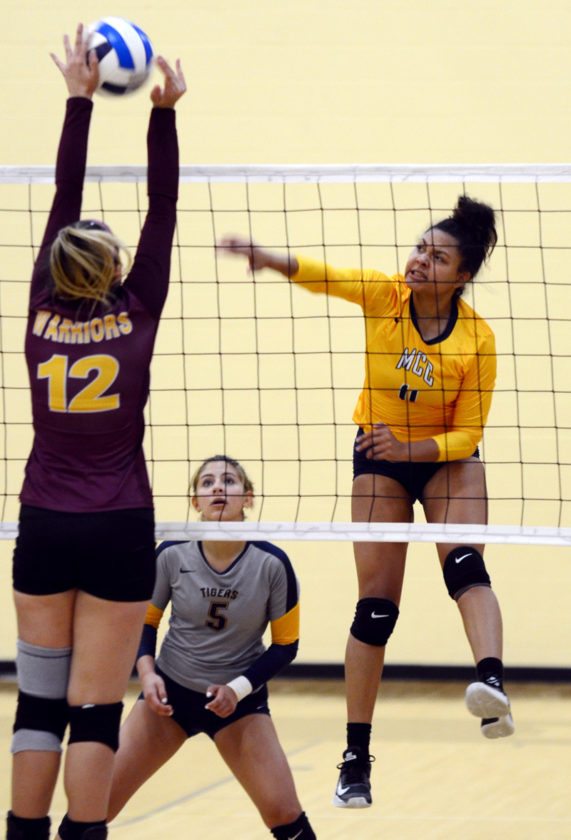 The idea driving the Marshalltown Community College volleyball team through the last month of the regular season hinges on the Tigers’ ability to improve to the point they can compete with the two other Division I teams in the Iowa Community College Athletic Conference.

The light at the end of that tunnel flickered when nationally ranked Indian Hills CC visited the Student Activity Center on Wednesday night.

The No. 16 Warriors wasted no time in taking down the error-prone Tigers, sweeping MCC 25-8, 25-18, 25-19 in an onimous look ahead toward the NJCAA Region XI Tournament for head coach Justin Hoskins’ squad.

“Honestly nothing matters until the first weekend of November,” Hoskins said. “Whether we go into the regional tournament with a record of 24-11 or 11-24, we still will have to beat Iowa Western and Indian Hills three times. … We’ve got to play well at the beginning of November, and the season’s just really preparation for that, so that’s something we have to look at as a process and can’t let ourselves get too caught up in one night.”

The Tigers (13-7, 0-2) should be able to forget about Wednesday’s match relatively quickly, as not much of it was memorable. MCC made 10 service errors throughout the match, including some crucial ones when Indian Hills (16-6, 1-1) was at its most vulnerable. 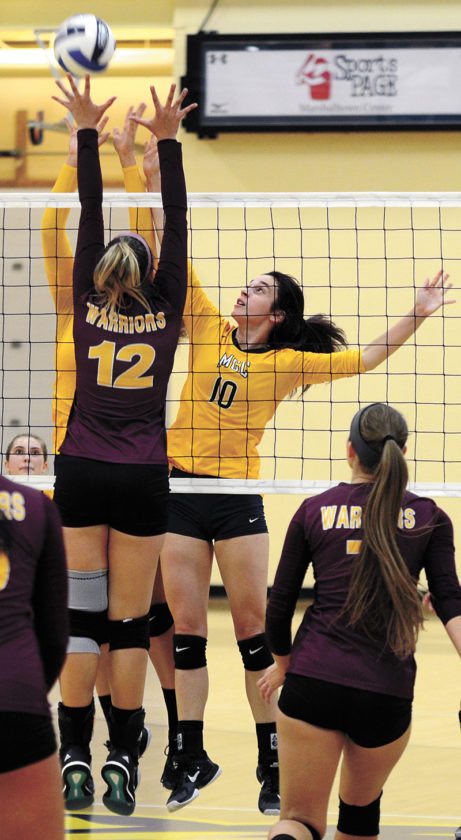 The Warriors, who lost three out of four matches at a weekend tournament in Hutchinson, Kan., rebounded well enough that head coach Lyndsey Michel was making wholesale substitutions in the second and third sets.

“We had a come-to-Jesus meeting after this weekend where we talked about what we had to do to be successful,” she said. “And any opportunity to get people into the match, we like to try to do that.”

Three of Marshalltown’s first four service attempts in the second set were errors, and yet the Tigers managed to capture their first lead of the night on a Jesenia Colbert ace to make it 14-13. Indian Hills fought back and used a 7-1 run to end the second set 25-18, sparked by powerful kills by standout hitter Jessica Da Silva and aggressive service from Camila Nicoletti.

The Warriors again started slow enough in the third set for MCC to contend with them, but five serving errors derailed any chance the Tigers had of burrowing out of the two-set deficit.

“We didn’t play well enough to win,” Hoskins said. “We didn’t give ourselves opportunities to win. I thought as the night went on we competed better, we worked harder, we scrapped better, we started to execute a little better, but when we’re averaging five missed serves a set you’re not giving yourself a chance to compete.”

Indian Hills didn’t contribute many unforced errors to MCC’s efforts, either. The Warriors had only two swinging errors and the Tigers scored just one block during the match, delivering a summary of just how much IHCC dominated at the net.

Nicoletti led the Warriors with 10 kills, Da Silva had nine, while four others had at least three kills. Nicoletti had three of the team’s six aces and one of its five blocks. Brooke Johnson-Watkins led IHCC with three total blocks.

Marshalltown was led by five kills apiece from Colbert, Kaci Allgood and Liliana Spulveda Vera, but those were MCC’s only successful attackers on the night. The Tigers had no aces to counteract their 10 service errors.

“Tonight was all about teaching moments,” Hoskins said. “We’re 20 matches in but we’re still making the same mistakes. At some point we’ve got to correct those mistakes and move forward.

“We’ve kind of been treading water all season; we’re not making progress. By no means are we maxed out as far as potential goes, but mentally we have to approach it a little bit better than we are right now to make that progress.” 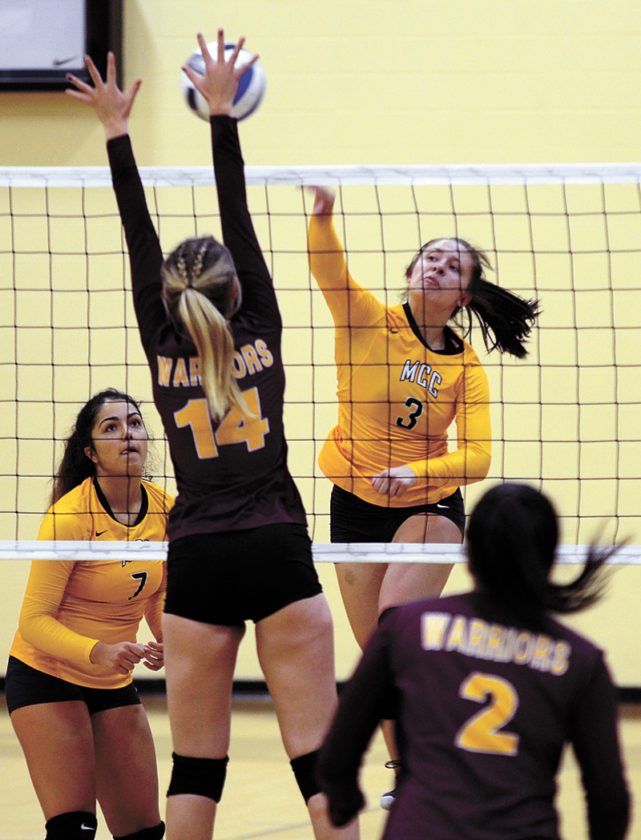 MCC plays host to a pair of teams on Friday, entertaing Dakota County Technical College and Southwestern in a triangular. The Tigers take on DCTC at 4 p.m. and meet Southwestern at 8 p.m., with the two visiting teams facing off at 6 p.m.