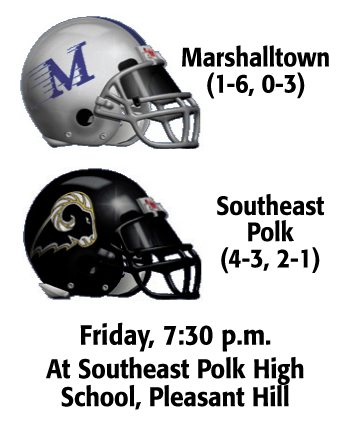 The Marshalltown football team was presented with a unique obstacle heading into its matchup with Class 4A Division 4 rival Southeast Polk on Friday.

Due to the game against Fort Dodge being postponed to Saturday last weekend, the Bobcats are on a shorter week than they are used to. Add on a bad day of weather on Tuesday and Marshalltown (1-6, 0-3) has only had one true day of full-pads, outdoor practice heading into the matchup with the Rams (4-3, 2-1).

MHS head coach Adam Goodvin said the usual preparation has taken some adjusting this week, but he likes how his guys are responding in practice.

“We gave the guys Sunday completely off, sometimes we have some optional film on Sundays but we decided to give them the day off,” he said. “Monday we took it a little lighter, did some install and watched a lot of film and did some running. Tuesday we were inside unfortunately, it was a mess out but I thought we got a lot of work in for being indoors and we got as much done as we possibly could. Today was an OK practice, kids are still having fun and moving around and working on getting better and that’s good to see.”

Goodvin’s first season leading the Bobcats hasn’t gone exactly according to plan, as Marshalltown is currently on a five-game losing streak after a 49-12 loss at Fort Dodge last week. Still, the Bobcats players seem bought in to what Goodvin is trying to do with the team, and their attitude despite having only one win is something Goodvin said he is grateful for.

“I think it shows their character, every day the last few weeks they are showing up and getting better and still getting after it,” he said. “They are good kids and they come out here and have fun and they are getting better every single day, so that’s awesome to see and I couldn’t ask for more out of those guys.”

Standing in the way of Marshalltown breaking their losing streak is a Southeast Polk team led by quarterback Shane Starcevich, who is the eighth-best passer in 4A with 1,400 yards on the season.

Goodvin said stopping Starcevich, who is also the leading rusher for the Rams, will be a tough challenge and it will come down to the front seven on defense to stop him.

“Starcevich is a very good athlete, he does a lot of good things and knows where to go with the football,” Goodvin said. “We have done a lot of emphasis with our linebackers and up front on the defensive line they have to be tough and create some havoc on their offensive line and hopefully we can be in the right spot at the right time to make plays.”

Over the last three games, Bobcats signal caller Sam Irwin has averaged 243 yards passing and almost two touchdowns, moving him into 10th on the 4A passing list. Goodvin said Irwin has really come into his own as the season has come along, but it also helps that the receivers and offensive line have picked up their play as well.

“Sam has done an outstanding job, he is getting very comfortable with what we do and he is seeing things well and getting the ball to our guys,” he said. “I always tell him to get the ball to our receivers and let them make plays and when he’s done that those guys make plays, so give credit to them and give credit to our offensive line who have given Sam enough time to get the ball out.”

Obviously a playoff run is out of the question for the Bobcats, but they can still play spoiler to Southeast Polk with a road victory on Friday, considering the Rams are in a dogfight with Newton for second in the division.

Goodvin said he’d like his guys to come out and give it their all on Friday night to try and end the current losing streak.

Marshalltown and Southeast Polk are set for a 7:30 p.m. kick on Friday in Pleasant Hill.

HAMPTON, Ga. — NASCAR has a checkered racial history. From an affinity for Confederate flags among the fan ... 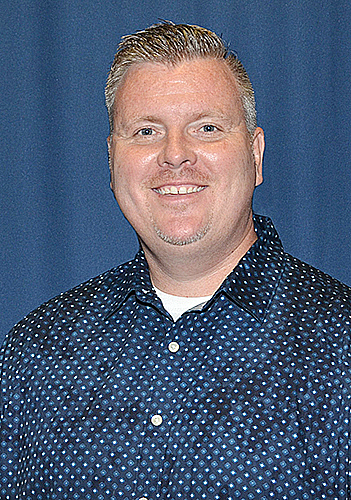 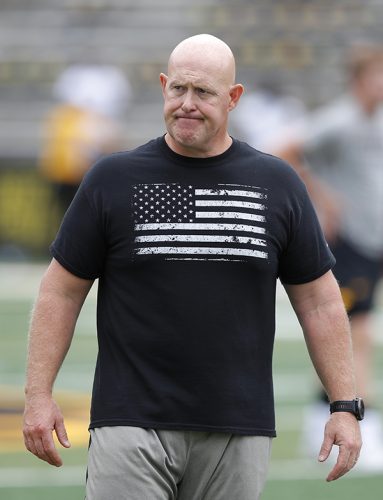