T-R PHOTO BY THORN COMPTON • South Hardin-BCLUW senior Ryne Fuller raises his arms emphatically to the cheers of the Storm wrestling fans in attendance at Wells Fargo Arena on Thursday after his win over Ross Wiertsema from Central Lyon/George-Little Rock.

DES MOINES — The conclusion of the first round of the Class 2A Iowa High School State Wrestling Championships on Thursday at Wells Fargo Arena was the typical setup with heavyweights finishing things off, so South Hardin-BCLUW senior Ryne Fuller had a while to wait before his first match of state.

Apparently Fuller was tired of waiting by the time he took the mat against Ross Wiertsema from Central Lyon/George-Little Rock, as he earned a lightning-quick win with a pin in just the first 20 seconds of the first period.

Storm wrestling head coach Mike Olson said Fuller was able to use a tried-and-tested move to record the fast victory, taking Wiertsema’s momentum on an attempted takedown and flipping that over for the pin.

“I kind of called that, if the kid came in and pushed, even if we missed a headlock, when they push they don’t know Ryne and they haven’t seen him,” Olsen said. “Up in our area everyone knows that move is coming, but they don’t and he hit it hard and sent him flying and he was flat. That’s the way to get it done.”

Fuller, who let out an emphatic scream after securing the victory, now moves on to the semifinals where he faces a tough opponent in Blake Bradley from Dubuque Wahltert, the seventh-ranked heavyweight in 2A. 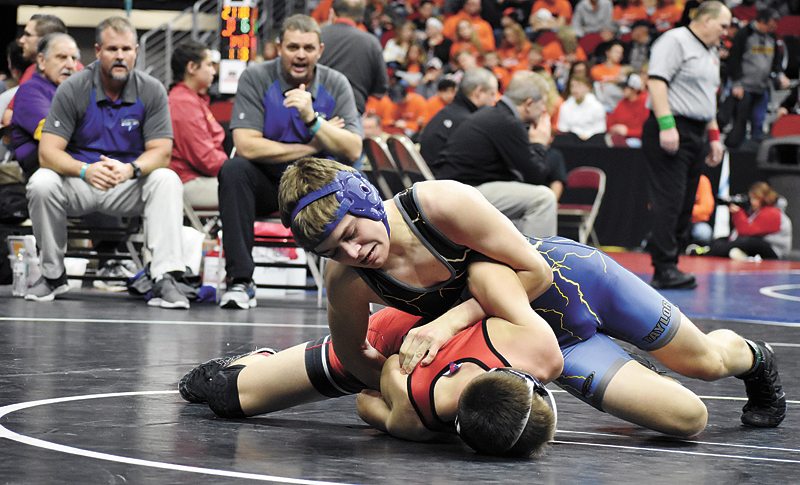 He won’t be competing on the second day alone, however, as sophomore Taylor Kolthoff shrugged off a loss to Centerville’s Nathaniel Genobana in the opening round at 113 pounds and took out Kaden Bolton from Creston/Orient-Macksburg in the first round of the consolation bracket to put the Storm at 2-1 on the day.

Olson said even though he lost to Genobana, who is currently No. 5 at 113, Kolthoff actually learned a lot in the tight 7-5 loss that he was able to use in the consolation round.

“He wrestled the Centerville kid real strong, and I think that gave him some confidence that he can go with the good kids and he belongs down here,” Olson said. “Then he just went out and took it to the kid, got the early takedown and got the lead and just kept building. That confidence that you belong down here goes a long way.”

With both of the SH-BCLUW boys on to the second round, Olson said they will take some time to smell the flowers, but now too long though, because they have matches to win on Friday.

“We are going to relax for a little bit and enjoy it, then we will get on the internet and see who we’ve got and make a plan,” Olson said. “It’s state, everyone is a pretty good kid and we are going to take a few hours to enjoy it then come back tonight and watch 1A and get back into a wrestling frame of mind and get ready to roll.” 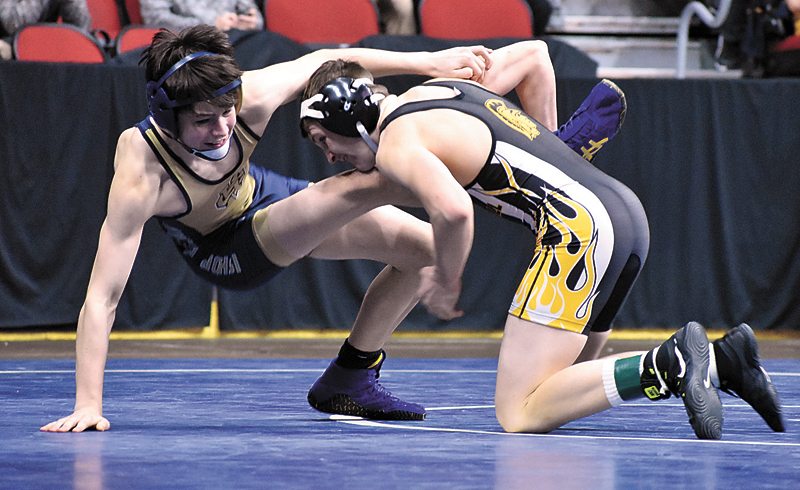 West Marshall senior Hunter Pfantz is no stranger to the mats at Wells Fargo Arena, as this was his fourth-straight appearance at the state tournament in his career. Pfantz is also used to recovering from losses at the state meet too, as his highest placing was seventh last year, and he had to recover again on Thursday after suffering an opening-round loss to Eric Faught, the No. 1 wrestler at 126 in 2A.

After that loss to the undefeated junior from Clear Lake, Pfantz came out ready to wrestle in the first round of the consolation, as he took out Mitchell Joines from Bishop Heelan Catholic by a second-round pin to advance to the second day of competition.

Trojans head coach Todd Kline said it was a tough start to the day for Pfantz, but he came out strong in the consolation and has a chance at a high finish.

“We wrestled a tough match the first one, kind of got out of control, but he came back and took care of business,” Kline said. “I think Hunter has his eyes on third now.” 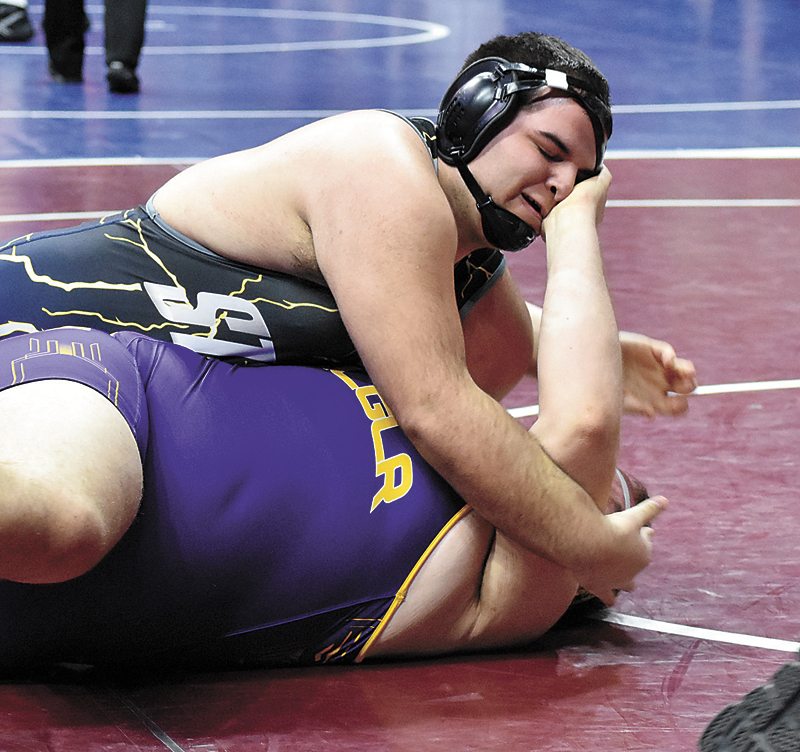 In the lone 1A action from area schools, AGWSR freshman Trey Lashbrook moved onto the second day of competition in his first appearance at state, as he won in the first round of the consolation bracket at 113 over Joel Sampson from AHSTW by a 4-1 decision.

Lashbrook was sent to the consolation after a first-round defeat at the hands of Jacob Moore from Denver, who is currently No. 4 in 1A at 113.

The second day of action in the Iowa High School State Wrestling Championships kicks off with 2A and 3A quarterfinals, starting at 9 a.m. at The Well.