G-R roughed up by reigning champs 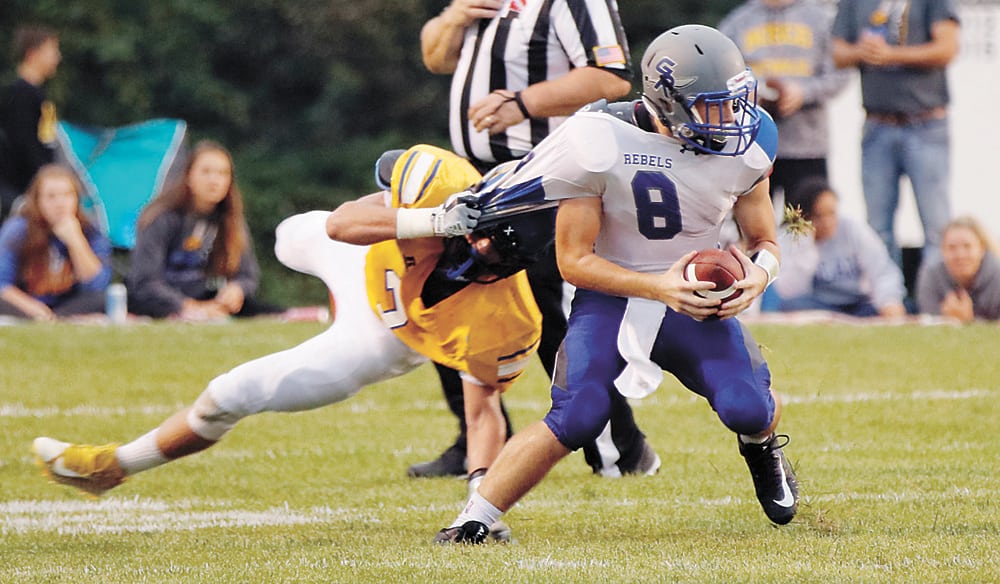 T-R PHOTO BY ADAM RING - Gladbrook-Reinbeck quarterback Jackson Kiburis (8) is hauled down from behind by Don Bosco defender Mason Denton during the first half of Friday’s 8-man football game in Gilbertville.

GILBERTVILLE — The simple goal of the Gladbrook-Reinbeck football team is to be better at the end of the season than it was at the beginning of it. After Friday night’s introduction to 8-man football, the Rebels will be able to look back to see just how far they’ve come.

In G-R’s first game since moving down from 11-man football (at the varsity level), two-time defending 8-man state champion Don Bosco showed the Rebels why it’s the cream of the crop on the 80-yard field. Averaging more than 10 yards per carry, the Dons put 30 points on the scoreboard in the first quarter en route to a 50-6 drubbing in the season opener.

With such an inexperienced Rebel football squad, head coach isn’t looking at the results, regardless if G-R loses by 44 or wins by 44. He’s looking to get game film on his team in chase of the goal at the end of the season. 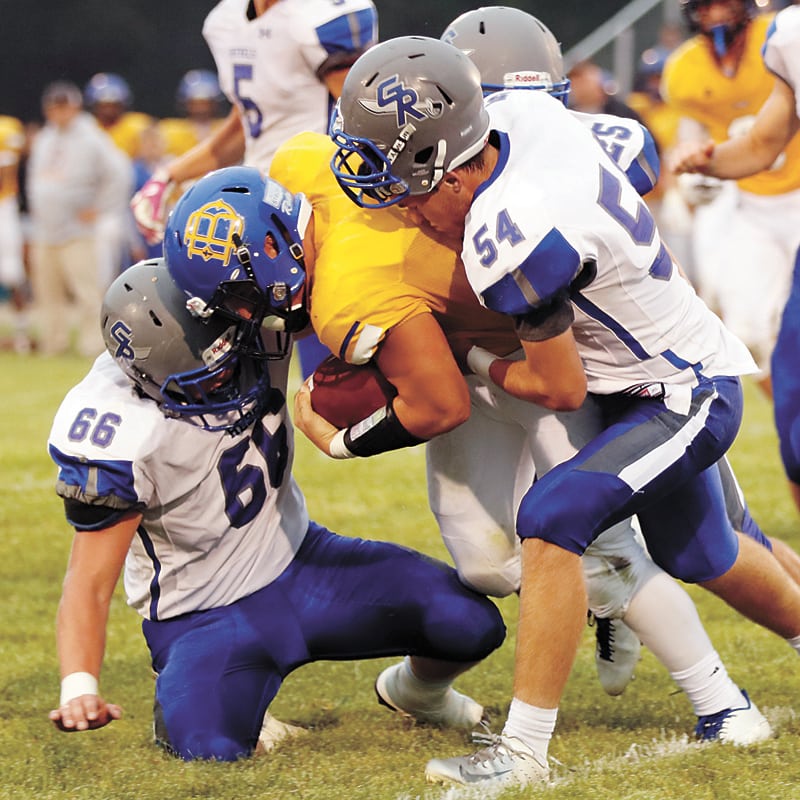 The game started out well for the Rebels (0-1) when Jackson Kiburis took the first play from scrimmage for a 19-yard run, but G-R quickly found itself trading punts and turnovers for Don Bosco (1-0) touchdowns. The Dons scored touchdowns on their first five possessions while the Rebels turned the ball over on downs, lost a fumble and punted three times on their first five tries. The Dons didn’t record a first down until early in the second quarter as their scoring drives were happening on three plays or less.

G-R finally forced a stop on Don Bosco’s sixth possession when the Rebels forced a fumble recovered by Sam Mussig. But the Rebels couldn’t turn it into points and were forced to punt before half.

The Dons outpaced the Rebels 357-89 in total offense, with six of their touchdown runs coming on runs of 20 yards or longer.

“They’re probably the best team in the state,” Olson said. “If that’s the building block in where we want to get to, it’s about the scoreboard that’s going to get us a building block. It’s watching them on film, watching us on film and showing them how their right guard does this, how their D-tackle does this.”

Colton Clark scored from three yards out with a little more than a minute to play in the game to get the Rebels on the scoreboard and avoid the shutout. 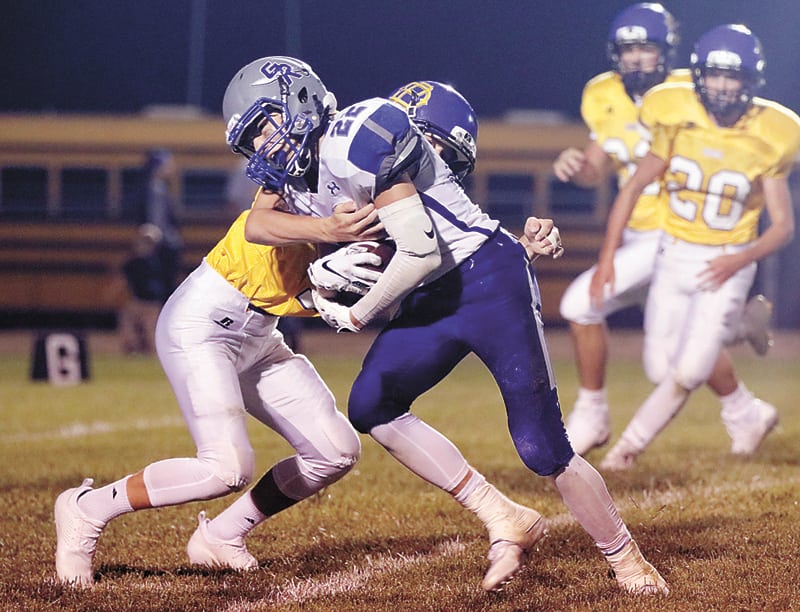 G-R will host its home opener this Friday when Turkey Valley comes to visit.

“It’s all of us. It’s our whole program. We’re going to get so much better,” Olson said. “Our kids, if you watched them in day one, two and three, we’re just not very good. Our coaching staff on day one, two and three wasn’t very good. We did a lot of studying and worked really hard at it. We’re so much better in day five and six. You’re going to see us next week play way better than we did this week because we’re going to fix a whole bunch of stuff.” 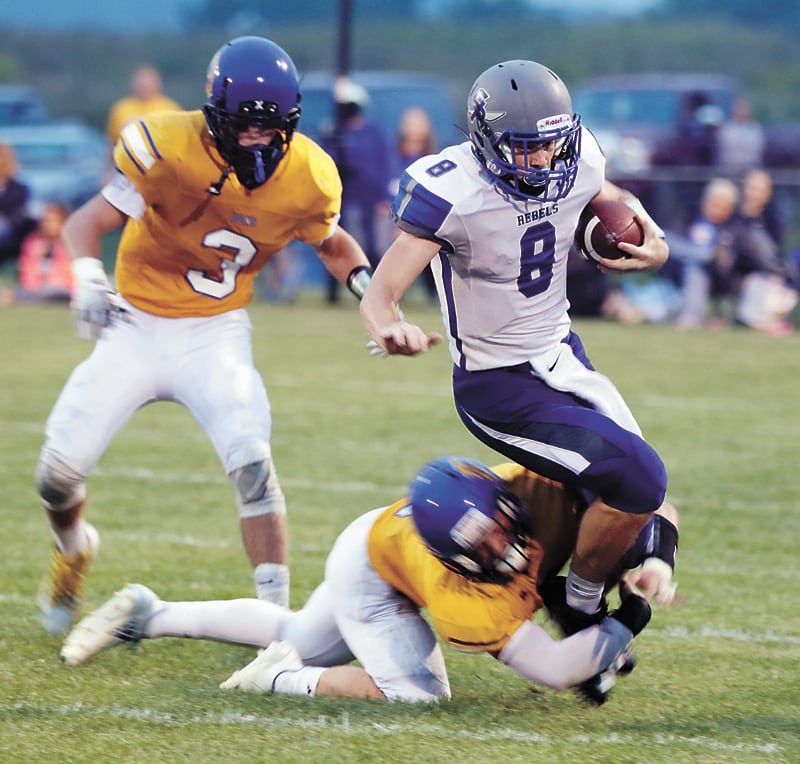