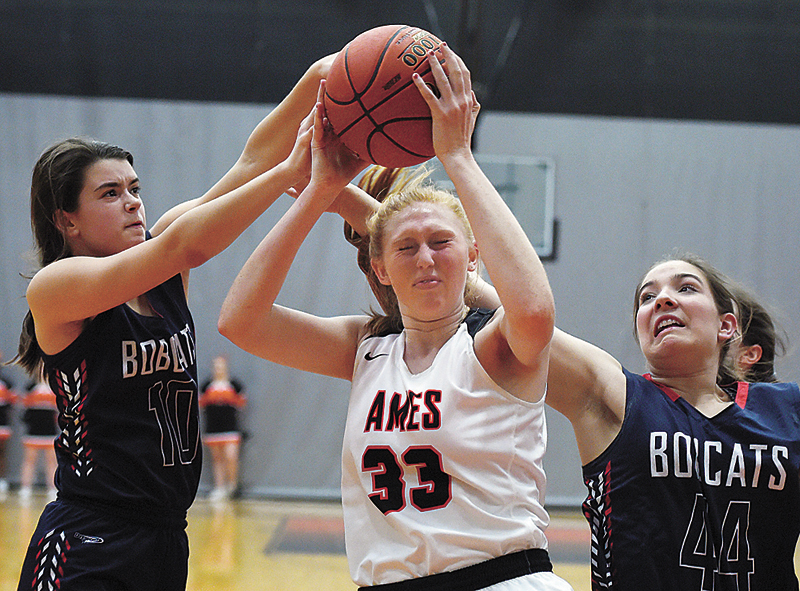 Alyvia Chadderdon and Erica Johnson both led MHS with six points, while Gabby Himes had four and Madi Finch finished with three.

Ashley Iiams was the leading scorer for the Little Cyclones (10-9) with 19 points, followed by Caroline Waite with 15 and Brooke Spraggins and Katelyn Courtney each had 11.

The Bobcats return home on Thursday for a game against Ankeny, starting at 6:15 p.m. in the Roundhouse.

Hale Hulme had a career-high 32 points to pace North Tama, and he chipped in nine rebounds to nearly finish with a double-double. He also had a team-high four assists. Ryan McLean followed with 15 points and Noah Bond chipped in nine.

Mason Markley had 18 points to lead Collins-Maxwell, followed by John Kasper with 12 and Brett Livesay with 11.

North Tama wraps the regular season on Friday with a road game at Union Community.

As a team, G-R was 14-for-53 from the floor and 4-for-28 from behind the 3-point line. Dylan Riffey was the only player in double figures for the Rebels, as he finished the night with 11 points. Jackson Kiburis followed with nine points and a team-high eight rebounds.

G-R heads to State Center tonight for a showdown with NICL West Division leader West Marshall. With a win, the Rebels would secure a split of the NICL West title.

Takoa Kopriva had 15 points and eight steals to lead North Tama in both categories, while Katie Kopriva followed with 13 points and four steals. Rylee McLean finished behind both Koprivas with eight points.

The Redhawks start the Class 1A Region 3 tournament on Thursday with a road matchup against Don Bosco in Gilbertville at 7 p.m.