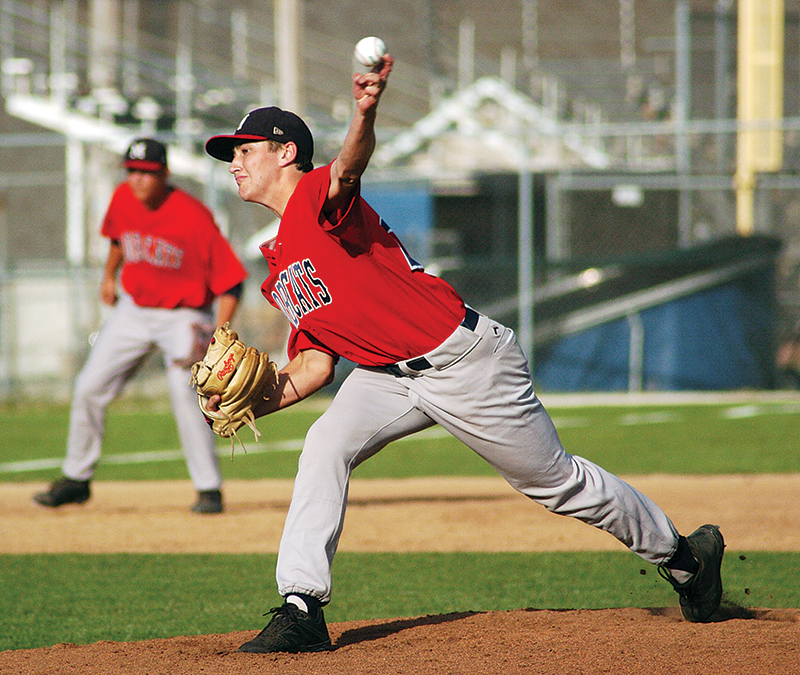 T-R PHOTO BY ROSS THEDE - Marshalltown senior pitcher Tate Kuehner delivers to the plate during the first game of Wednesday’s doubleheader against Ankeny at the MHS diamonds. Kuehner threw a five-hitter to help the Bobcats take the opener, 6-1, before contributing two hits and three runs to the final tally in game two, an 11-7 Marshalltown triumph.

The postseason path has been laid out in front of the Bobcats. Now they’ve got to build some momentum before they get there.

The Marshalltown baseball team came away with a pair of wins by differing means on Wednesday, sweeping Ankeny on Senior Night at the MHS diamond.

Senior left-hander Tate Kuehner tossed a five-hitter in a 6-1 Bobcat win in the opening game, and Wade Canaday kept battling on the mound long enough to bail himself out with the bat in an 11-7, come-from-behind triumph in the nightcap.

Kuehner struck out seven, walked two and allowed just five hits in a complete-game performance to start the evening. Ankeny (16-15) came up with two of its hits in the same inning to score its only run in the top of the fifth, but the Bobcats (21-16) already led by five at that point.

Marshalltown capitalized on two walks, two hit batsmen and a two-out, two-run error to take a 3-0 lead in the second inning without the benefit of a hit. 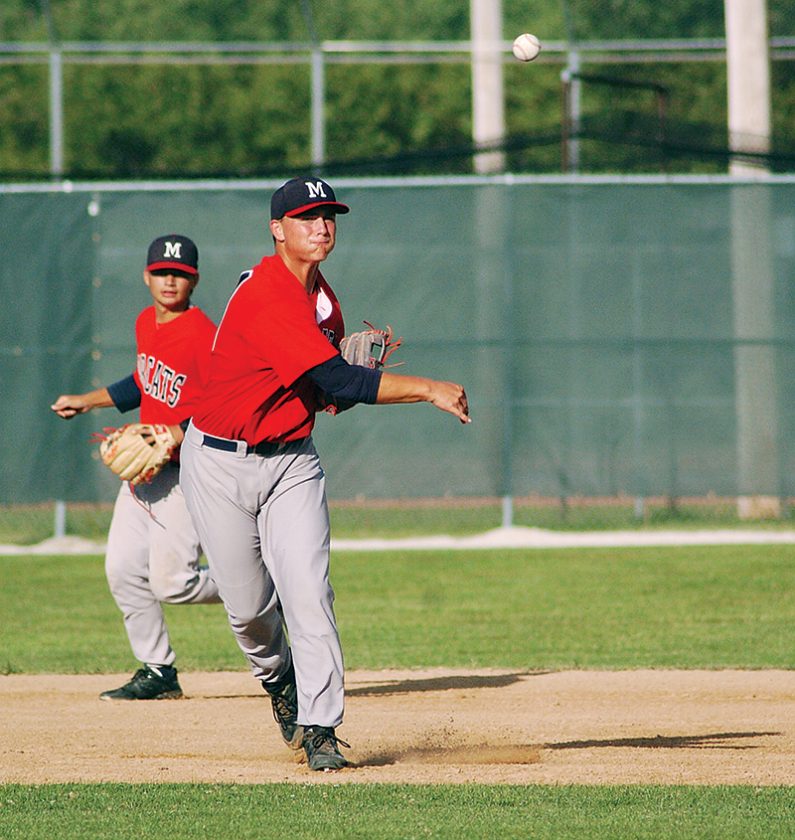 Nick Rebik led off the fourth with a single and Dru Dobbins connected for his fourth home run of the season, putting MHS on top 5-0 before Ankeny got on the board.

Aiden DeVolder led off the sixth with a pinch-hit double and his pinch-runner Blake Trowbridge scored on a passed ball to account for the final score.

“Tate was good in game one and did a decent job mixing pitches,” said MHS head coach Steve Hanson. “He kept pitching until we could get a few runs on the board. Dru did a good job tonight at the plate and we did some good things on the bases in both games.”

In the second game, Canaday struggled with his command but kept the Bobcats in the fight long enough to deliver the knockout punch himself. Marshalltown fell behind 5-1 before scoring seven times in the bottom of the fourth, highlighted by a two-run single for Dobbins, an RBI double by Kuehner and a two-run double for Canaday to cap the rally.

Marshalltown tacked on with three more runs in the sixth as DeVolder, Bennett Hageman and Kuehner each singled to send the score to its eventual final. Joseph Harris made sure the outcome stood, getting the last four outs in relief of Canaday to seal the win.

“Wade struggled a bit early on but the best thing he did was keep pitching,” said Hanson. “Because he kept competing we were able to put up some runs and get things turned around. Canaday had a big hit that put us ahead for good, then Joseph closed things out.”

Kuehner batted 2-for-3 with a double, two RBIs and three runs scored in the second game, while Harris was 3-for-4 with a double, a run and two RBIs. Canaday struck out six and walked two in 5 2/3 innings, giving up seven hits and six runs, though only three were earned.

Dobbins was 3-for-5 on the night, driving in four runs and scoring twice.

“Obviously we’re pleased to get a sweep at home on Senior Night against a talented team like Ankeny,” said Hanson. “We now have a couple days to practice and get ready to finish up the regular season at Ames. That will be our final tuneup before the postseason begins. I’m confident our guys will be ready to go.”

The Bobcats pay a visit to Ames on Monday for a 5 p.m. doubleheader to close the regular season. Marshalltown, as the No. 3 seed in the Class 4A Substate 3 bracket, will host Cedar Falls on July 19 in the first round of postseason play.

T-R PHOTO BY ROSS THEDE – Marshalltown senior pitcher Tate Kuehner delivers to the plate during the first game of Wednesday’s doubleheader against Ankeny at the MHS diamonds. Kuehner threw a five-hitter to help the Bobcats take the opener, 6-1, before contributing two hits and three runs to the final tally in game two, an 11-7 Marshalltown triumph.