1A No. 15 BCLUW volleyball tops Rebels in four sets 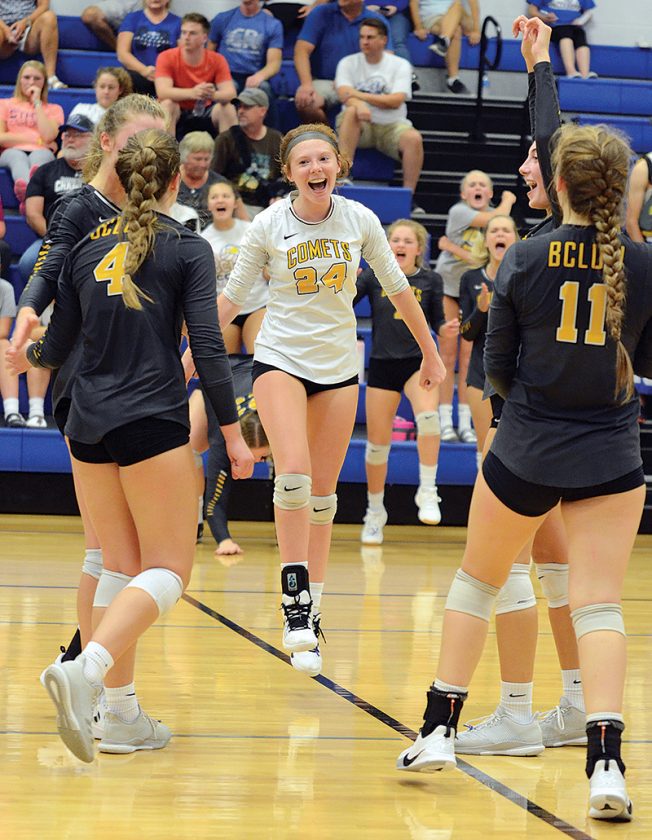 T-R PHOTO BY ANDREW ABADIE - BCLUW junior libero Skye Teckenburg (24) celebrates the final point of the match with teammates as the Comets defeated Gladbrook-Reinbeck 3-1 on Tuesday night in Reinbeck.

REINBECK — The BCLUW volleyball team fell behind early against Gladbrook-Reinbeck after dropping the first set. However, after two close sets the No. 15 Comets found the momentum late to post a 12-point win in the fourth set on Tuesday night.

According to BCLUW head coach Kristen Garber, the difference in her team was simply playing more relaxed compared to how it entered the match.

“I think it [was] just a matter of attitude,” Garber said. “We’ve got a little of an older and more experienced team than G-R has and I feel like the girls went out and played a little bit more relaxed in Game 4. They weren’t tense. They looked confident, played relaxed and good things happen when we do that.” 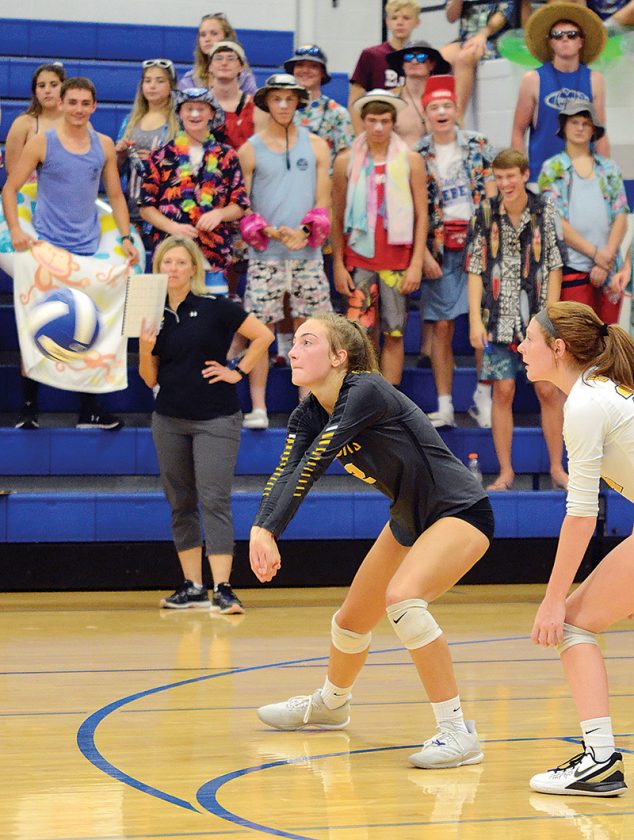 The other adjustment made by BCLUW (8-5, 2-0 NICL West Division) was their offensive changes.

“We changed our offense in Game 2, after not be really pleased with what we saw in Game 1,” Garber said. “We are still trying to figure out which offense that we are more competitive in. I told the girls tonight that we would probably be switching [the offense] up. We definitely needed to after Game 1. I thought the girls handled it really well. They came out and just played a lot more aggressive in Game 2. We were just more efficient and more effective.”

The next adjustment BCLUW made was how to play off G-R’s Saari Kuehl who led the Rebels with 18 kills and 20 digs.

“Saari is a challenge for sure,” Garber said. “She is a great player. She hits differently than everybody else so then it’s hard for our defense to adjust to her swing and everybody else’s swing. It took us a little while to figure that out but I think our girls did a lot better in games two through four figuring that out. We got some digs on Saari but on their other hitters too.” 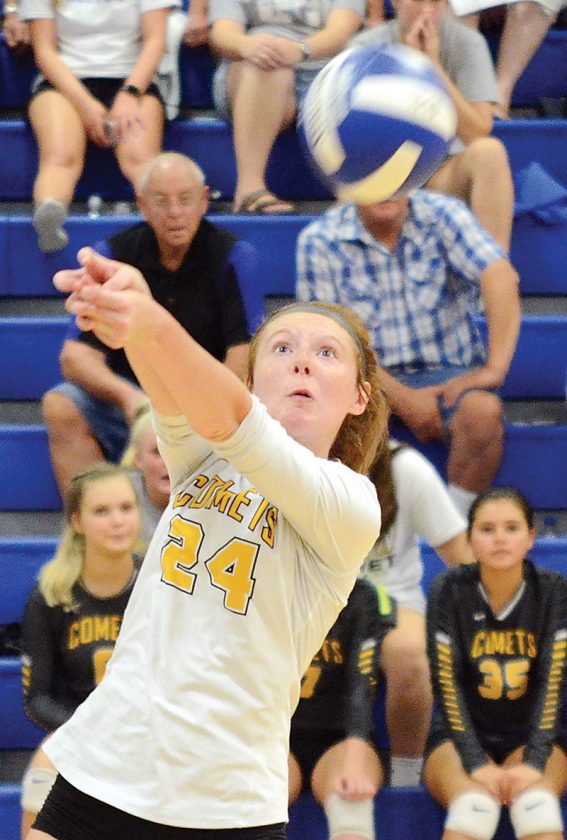 The third set between the two teams never had one team trail more than three points and featured eight ties, but had the Comets coming out ahead with a 27-25 win.

“[BCLUW] found our holes and we didn’t cover,” G-R head coach Paula Kelley said. “They definitely found the line, they found the tip cover and we didn’t make the adjustments that we needed to out on the court. They did a great job of that.”

Riding the momentum from the third set, the Comets jumped out a 16-5 lead that helped them closed the night out in the fourth set.

“This one is a big for me personally and all conference games are big to all of us,” Garber said. “It doesn’t necessarily matter the opponent but conference matches are big to all of us. I don’t think a lot of people knew that this wasn’t going to be a give me and this wasn’t going to be an easy one. It’s big in terms of momentum and confidence. It was a statement. I feel like in Game 4 the girls stepped up, it wasn’t a squeak by, but they point an exclamation point [on the win].” 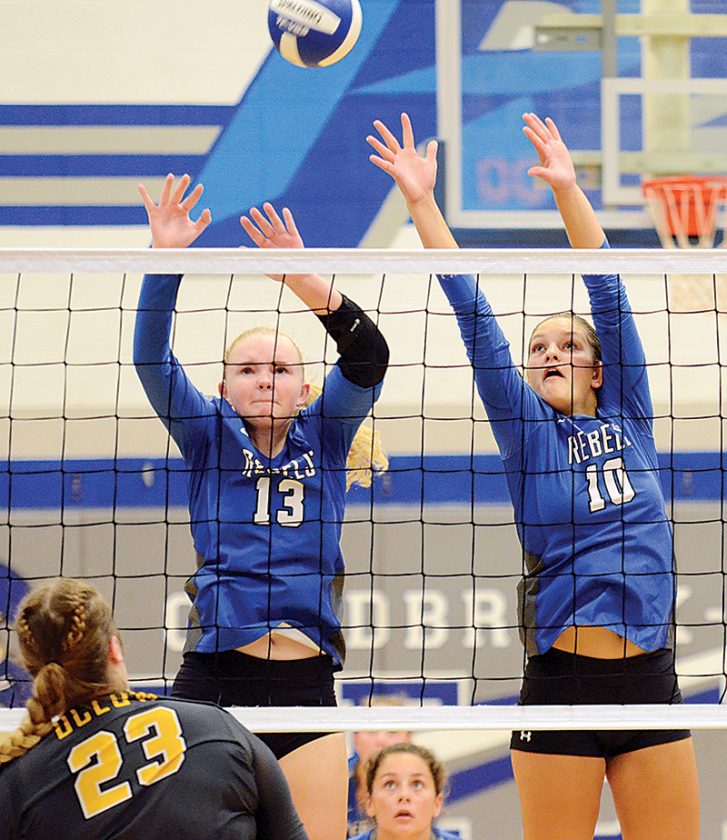 For Kelley, the night was filled with positives and negatives, but the loss was ultimately a learning experience for her young starting lineup.

“We definitely have to solid up our defense,” Kelley said. “We have been pushing all season long with our defense and our defense had been pretty solid until tonight. I feel our defense let us down. The blocking and then the defense behind. We have to get those two working together to solid that up. We’ll get that fixed in practice this week.”

“We are definitely the inexperienced one out of everybody and we knew that coming in. Every game is a learning experience for us so after today we are going to be better. The girls are going to be smarter and better. It’s just going to take for us to keep learning and then peak at the end of this season.”

Gladbrook-Reinbeck will play in South Hardin’s tournament on Saturday which will feature Oelwein, AGWSR and Greene County. BCLUW will return to action on Sept. 17 to take on East Marshall. 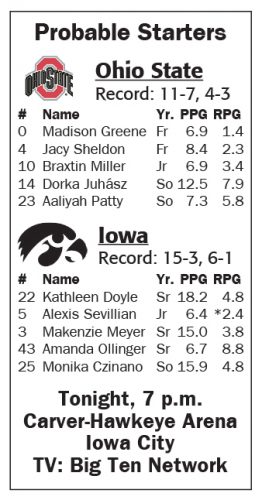 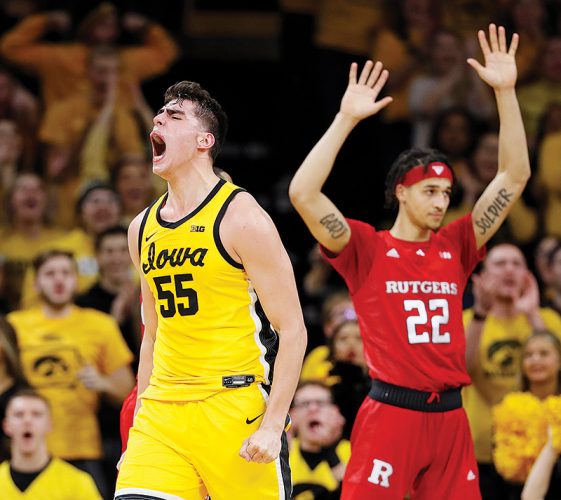