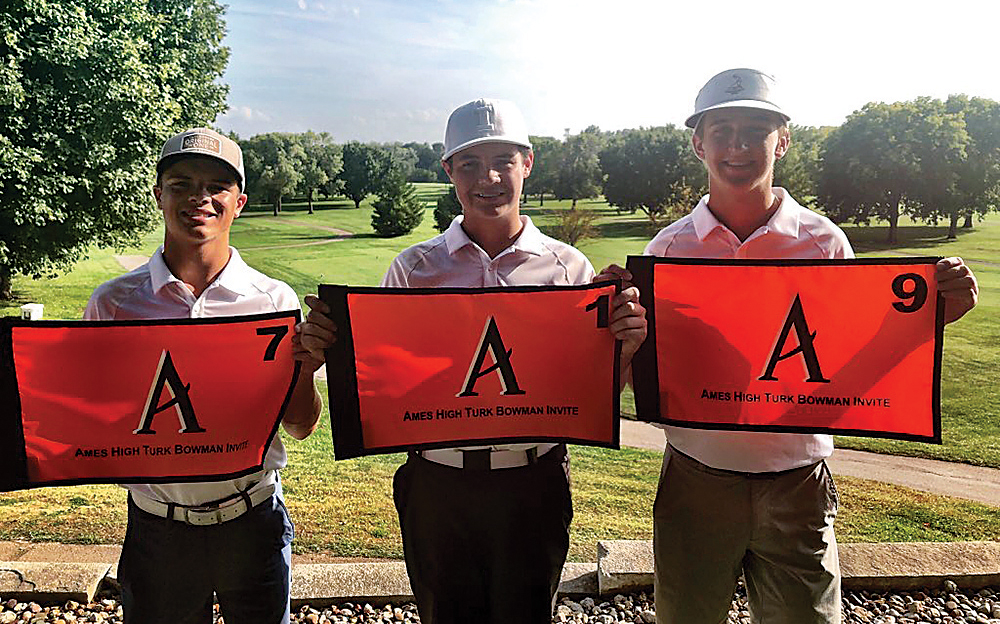 AMES — The Marshalltown boys’ golf team needed an 86 or better to bring in the Turk Bowman Invite title by the time the first three Bobcats had finished their rounds.

MHS sophomore Colin Schmit carded medalist honors for the first time in his prep career, but the Bobcats couldn’t make it a sweep after finishing fifth out of 15 teams on Tuesday at Veenker Memorial Golf Course.

Schmit shot a 2-over-par round of 74, fellow sophomore Grant Greazel took seventh place with his 77 and senior Cole Davis shot 78 for ninth, but the absence of a solid fourth score stopped the Bobcats from taking the team championship. Instead, tournament host Ames had a five-stroke cushion on runner-up Waukee as the Little Cyclones won with a 316 and the Warriors were second with a 321.

Marshalltown compiled a 326 total but lost a fifth-score tiebreaker with West Des Moines Valley for fourth place. Southeast Polk was third with a 325.

“As a team, we couldn’t have asked for a whole lot more out of our top three players,” said MHS head coach Lucas Johnson. “I think the combination of some tough hole locations, wind and heat caused scores to go higher than normal, but overall we competed well against many of the top-tier teams in the state.”

Schmit’s medalist round included three birdies, five bogeys and the rest pars. He shot 37 on both sides, starting both the front and the back nines with a birdie.

“Colin Schmit played the best round of his career and was steady the whole way through,” said Johnson. “Veenker is a course that is quick to punish wayward shots, and Colin did a phenomenal job of minimizing the damage on some of the tougher holes on the course.”

Schmit hit his first shot of the day out of bounds on the par-4 15th but managed to recover to make bogey. He had a birdie and three bogeys on his first four holes but dropped back down to 1-over with a birdie three on the par-4 first hole. Schmit followed with 10 birdies on his final 13 holes, playing them 1-over to finish at 2-over 74 for the round.

“To battle through and come out on top of a field of that caliber is a great accomplishment and is going to give him a lot of belief in his game moving forward,” said Johnson.

Greazel had two birdies on the day and Davis had three more, but the Bobcats couldn’t atone for the absence of senior Mason Reid, who had to withdraw because of a back injury. Instead the Bobcats’ fourth counting score came from both Drake Polley and Owen Chaloupek, who both shot 97.

“We really missed getting that fourth score somewhere in the high 70s or low 80s, which would easily have given us the team title,” said Johnson.

The Bobcats are back in action Friday with the Joe August Invitational, which begins at 10 a.m. at Elmwood Country Club.