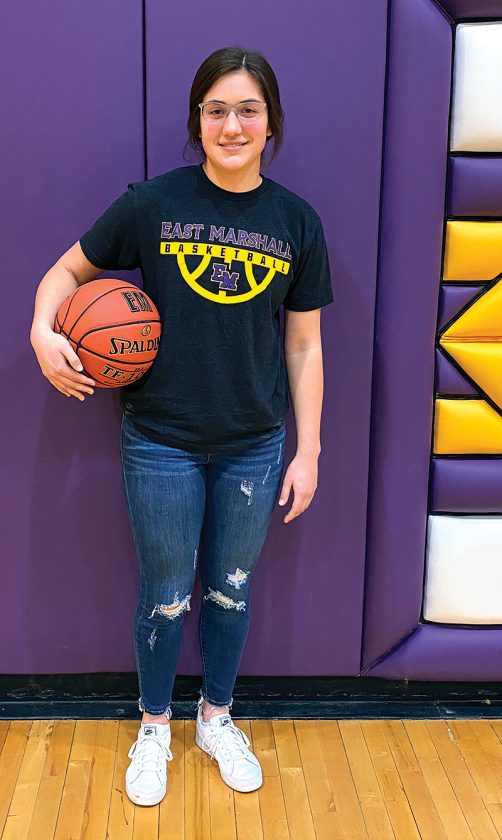 LE GRAND — Olivia Terrones is quiet and calm at all times. It’s something head coach Greg Lee noticed right away when he was working with her on the East Marshall girls’ basketball team. It’s something Lee says has made her popular among the EMHS student body outside of athletics.

Her calm demeanor is also hugely important to her basketball career — and her record-breaking season is what’s earned her the Times-Republican’s All-Area Player of the Year honors.

The 5-foot, 8-inch senior guard etched her name into the East Marshall record books as the school’s all-time leading girls basketball scorer, surpassing 1,200 points and scoring 30 points on Senior Day to end her home career with a win. She moved ahead of Abby Nuese — a player Terrones said she watched play as a middle schooler — and will get her name put in history.

Interestingly, it’s something Terrones said she hadn’t thought much about.

“That’s what basketball has always been for me is fun,” Terrones said. “All the extra accolades and stuff is nice, but like mainly it’s just been fun to play on this team with the girls I’ve gotten to play with.” 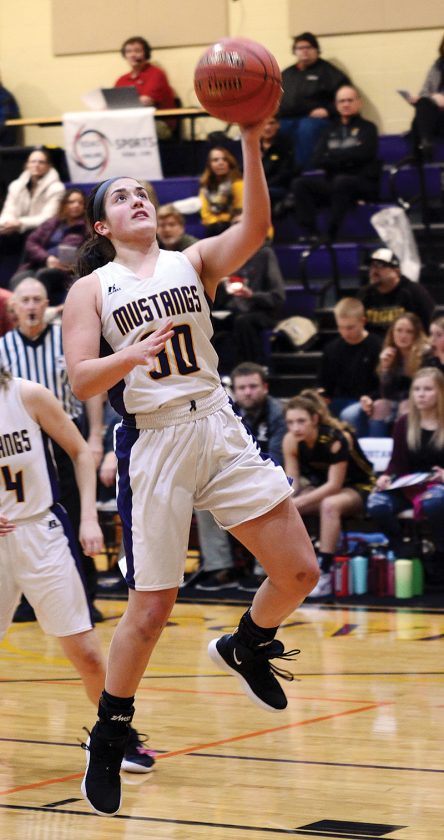 What Terrones did for East Marshall while hitting just 30 career 3-point shots as a guard helped her earn Class 2A third-team all-state from the Iowa Print Sports Writers Association. She said it started when she was playing in rec basketball and had to play in the post often — her familiarity with getting to the basket became a critical part of her game. She’s tried to improve her jumper, but more often than not she’s gotten discouraged and gone back to what she does best: cerebral, old-school basketball.

Terrones was supposed to be playing her senior season of high school soccer at the end of March. But, as with all prep sports, the COVID-19 pandemic has suspended all athletic events through at least mid-April. Given the current state of the virus in Iowa, there is every chance Terrones and many other seniors have played their final game for their schools.

For Terrones, it will have been her final game in organized athletics. She will be attending the University of Northern Iowa in the fall, but will not be playing any varsity sports.

Terrones said it’s going to be a weird adjustment to make.

“That was really hard because I love to play,” Terrones said. “I love scrimmaging, almost as much as I love playing as much as even just a normal game. So having played my last game is kind of hard, and it’s sad. But it’s also good, I’ve had such a great career, with the people I’ve gotten to play with, I can be done now.”

Her major at UNI is subject to change, but currently, she is thinking about going into elementary education.

Terrones has prided herself on being an example for her teammates — and in her senior year, sophomore guard Ellie Hall emerged as one of the Mustangs’ best complementary options. Hall began to take some of the massive scoring responsibility off Terrones’ shoulders — and she’ll take a big role in 2020-21.

But really, Terrones isn’t fazed by her own success. She’s as excited, if not more excited, about the future of East Marshall girls basketball and the legacy she can leave behind.

“I’m excited,” Terrones said. “The younger classes, they have a lot of talent I feel like. And Ellie, especially, I’m so excited for her to step into how good she can actually be.”