With defending champ absent, City title up for grabs 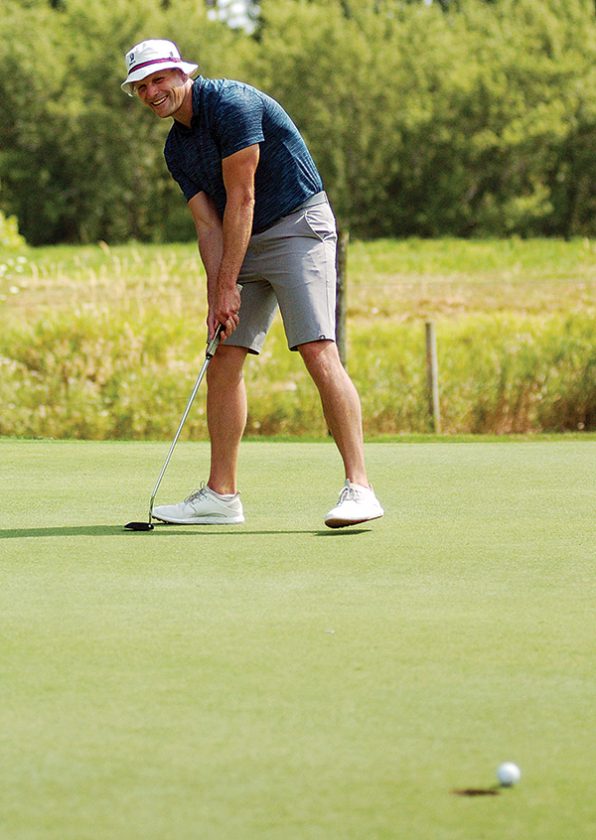 It’s safe to say almost nothing about 2020 has been “normal,” with COVID-19 still wreaking havoc on Americans and disrupting daily life. The Marshalltown golfing community has also experienced a blow in the past month with the loss of former Elmwood Country Club professional Jerry Johnson.

This disjointed year has given the leadup to the 2020 Times-Republican City Golf Championship a unique feel, according to four-time champion of the event Sam Zoske. The tournament, held Saturday at the American Legion Memorial Golf Course and Sunday at Elmwood, will be without defending champion Nate Vance — leaving the men’s division wide-open.

Zoske, who has a share of the tournament scoring record with a two-day total of 131 in 2016 and a record victory margin of 11 strokes in 2014, said his preparations this year have not been what they usually are — though he remains confident in his game.

“I haven’t played that much this summer, my work has kept me really busy,” Zoske said ahead of what will likely be his final go at the title, as he is moving. “I’ve got 20 rounds in when normally it’d be around 60. I’m excited for the weekend and looking forward to having fun in my group [Saturday].”

In the women’s division, two-time defending champion Amber Henson is a strong favorite to make it a three-peat with another victory after a record-breaking 22-stroke win last year.

Christensen is back in the men’s division this year, and he said he’s trying to prove he can still be competitive with some of the younger players in the field.

“I’m feeling pretty good considering I’m one of the seniors here,” Christensen said. “What’s great about Marshalltown is that we have a lot of really good young players and a group of really good seniors [participating].”

Christensen won the Elmwood Club Championship and a senior championship earlier in the year and said he feels confident about where his game is at heading into the weekend.

The tournament will also serve as a way to honor Johnson and his impact on golf in Marshalltown and Iowa as a whole.

Elmwood club professional Jay Giannetto — himself a former champion of this event — said that golfers will don a green ribbon in honor of Johnson during, as well as stopping tee times at 10 a.m. Sunday to hold a ceremony on Elmwood’s first tee box with Johnson’s wife, Deb.

“At 10 Sunday we’ll take a break in the tee times and present Deb with something at the first tee box,” Giannetto said. “We are going to recognize [Johnson] all he did for golf and the community.”

Christensen said that any honor for Johnson isn’t going to be enough, such was his massive impact on golf in the city. Christensen called him “a professional’s professional.”

It’s going to be an emotional, unique weekend at the Times-Republican City Championship — and with 93 participants at his last count, Giannetto is interested in how the battle for the win shakes out.

“I think people are excited to be participating in something outside,” Giannetto said. “I think it’s going to be a great event.”