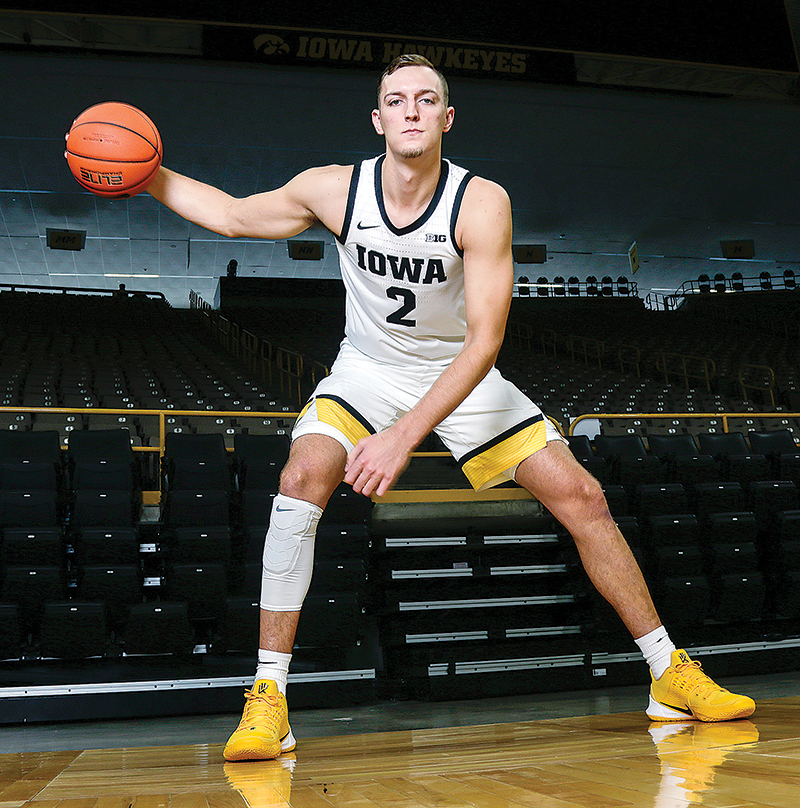 IOWA CITY — In an era when many college players want to speed up their careers in hopes of going pro, Iowa’s Jack Nunge took an unusual step back last season.

The sophomore redshirted for the Hawkeyes, and they hope that will help him blossom into an impact post player this winter.

The 6-foot-11 Nunge, who started 14 games as a freshman in 2017-18, took the year off partly because Iowa wanted to balance out its front-court depth for the next few seasons and partly so he could bulk up. Nunge’s work behind the scenes — along with the expected loss of star forward Tyler Cook to the NBA — should put him in position to compete for significant minutes this season.

Iowa (23-12 in 2018-19), which is coming off its fourth NCAA Tournament appearance in six seasons, opens on Nov. 8 against Southern Illinois-Edwardsville.

“I just thought it was the best decision for me, my skill development and to get to, ultimately, where I want to be,” Nunge said Wednesday during the team’s annual media day. “I got a lot stronger. I got to work on my game a lot.”

Nunge undoubtedly could have helped the Hawkeyes a year ago. He and the coaching staff instead bet that Nunge — one of a staggering seven forwards on Iowa’s roster in 2018-19 — would best help the program moving forward by redshirting.

Nunge had a promising freshman season, ranking second on the team with 25 blocked shots, fourth with 21 steals and fifth with 5.7 points a game. He said he has put on between 10-15 pounds since last playing.

“Physically, he is in a completely different place, especially as it relates to his ability to do things in the post,” Iowa coach Fran McCaffery said. “He was always a good post player, but he was on the thin side. He’s not on the thin side anymore. He’s finishing plays. Defensively, he’s always had tremendous defensive instincts, so now you have a bigger body to combat talented players in this league.”

How the Hawkeyes use Nunge in non-conference play will be one of their more interesting story lines ahead of Big Ten play.

Nunge is now listed at 245 pounds, but he also has a surprisingly strong shot for a guy his size, shooting 40 percent on 3s and 80 percent from the line in earning Mr. Basketball finalist honors as a prep senior in Indiana.

Those numbers dipped to 33.3 percent from beyond the arc and 75.5 percent from the line as a college freshman, but Nunge’s potential as a big man who can stretch the floor and create space for All-Big Ten honorable mention Luke Garza, emerging scorer Joe Wieskamp and others remains intriguing.

“Being a mismatch guy,” Nunge said when asked about his role. “Taking somebody who may not be as good on defense on the outside, or posting up a smaller guy down below.”

Nunge won’t be guaranteed a starting spot, with Ryan Kriener and Cordell Pemsl also competing for front-court minutes. Nunge might have an inside track at playing alongside Garza quite a bit at power forward.