Could ‘Alita’ be a breakthrough manga movie? 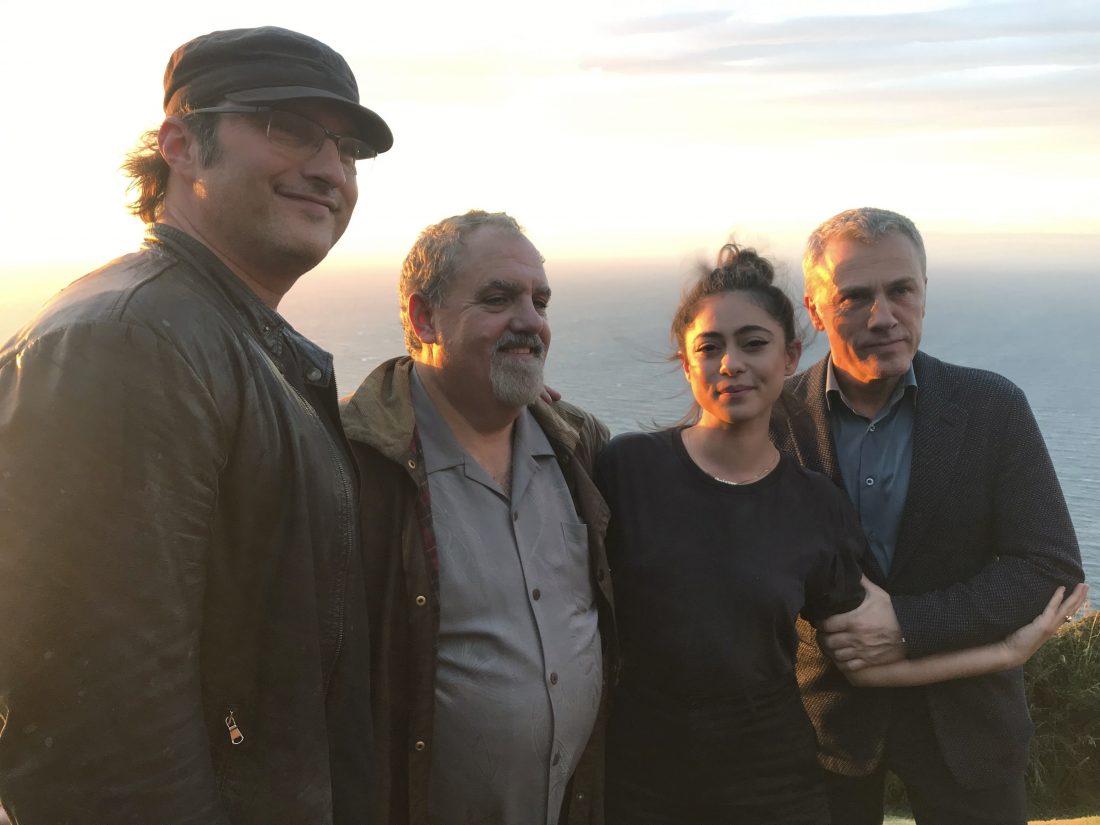 In this photo taken on Jan. 9, 2019, from left, director Robert Rodriguez, producer Jon Landau, actors Rosa Salazar and Christoph Waltz pose for a photo near Wellington, New Zealand. The movie “Alita: Battle Angel” has been 20 years in the making, and producer Jon Landau is confident it will finally signal a success for Hollywood in a genre which has proved problematic. (AP Photo/Nick Perry)

d — The manga movie “Alita: Battle Angel” has been 20 years in the making, and producer Jon Landau thinks it will finally represent the breakthrough success in Hollywood for a genre which has proved problematic.

“I think this is definitely the breakthrough one because of the story that Kishiro wrote,” said Landau, referring to Japanese author Yukito Kishiro, who wrote the graphic novels, or manga, upon which the movie is based.

“You know, other mangas that have not worked have been very Asian-centric in their world, and in their stories,” Landau said. “And Kishiro wrote a melting-pot world. He didn’t write a central character that was Asian. He wrote universal themes of discovery, of self-awareness, for these characters. And that’s what’s relatable to people across the globe.”

The film has an estimated budget of $200 million and when it opens in February, Twentieth Century Fox will be hoping for a much better reception than Paramount’s 2017 flop “Ghost in the Shell.”

That manga movie didn’t seem to connect with audiences, grossing just $41 million in the U.S. and $170 million worldwide, with some critics accusing it of “whitewashing” after Scarlett Johansson was cast in the lead role.

“Alita” tells the story of cyborg Alita (Rosa Salazar) who awakens without memory in a dystopic world where she’s taken in by a compassionate father figure Dr. Dyson Ido (Christoph Waltz). As she learns to navigate her new world, she begins to discover her latent fighting powers and develops feelings for street-smart Hugo (Keean Johnson).

Landau said director James Cameron first fell in love with the Alita novels in 1999, and spent five years working on a script that ballooned to nearly 200 pages with 600 pages of notes. He says Cameron got waylaid working on “Avatar” (2009) and its sequels before one day having a social lunch with director Robert Rodriguez.

“He said if you can crack this down to a shooting length, you can direct it,” Landau recalls. “And Robert did.”

During principal filming in Austin, Texas, Salazar wore a motion-capture suit so her character could later be animated to reflect its look in the novels. When the first trailers came out last year, some viewers said Alita’s eyes appeared huge to the point of being creepy.

Senior visual effects supervisor Joe Letteri, from the Weta Digital studio in New Zealand’s capital Wellington, said they discussed the eyes with Cameron, and he had the opposite reaction, telling them they had held back and should go bigger.

“And it wasn’t the size of the eyes, it was the size of the pupils,” Letteri said. “Because that was a quality in the book, that sort of doll-like quality, and he thought we should bring that out more. And it worked.”

Salazar, who previously appeared in “Maze Runner: The Scorch Trials” (2015), said she completed many months of martial arts training in disciplines like Muay Thai to prepare for the fight sequences.

She broke some ribs during her training, she said.

“I fell on my ribs doing a whip kick,” she said. “My other foot just kind of gave out, my other leg kind of swept from under me, and I fell directly on my ribs. I couldn’t breathe for a little while.”

She said she always trusted her character would look good on the screen after Rodriguez showed her some concept art before she got the role.

“They had a vision,” she said. “They stuck to that vision. I trust their vision. And then that is what we ended up with.”

She said she can empathize with the way Alita transforms from a girl to a woman in the movie, after shedding one body for another. “I could relate to that when I was 14 and I felt like a mutant,” she said.

Waltz, who played Col. Hans Landa in “Inglourious Basterds,” said he had no experience with graphic novels before reading up on Alita.

“The manga, comic, graphic novel thing is not my world at all,” he said. “I know nothing about it. And I realize that there is a vast field to be discovered.”