For Timothée Chalamet, becoming ‘The King’ was a terrifying experience 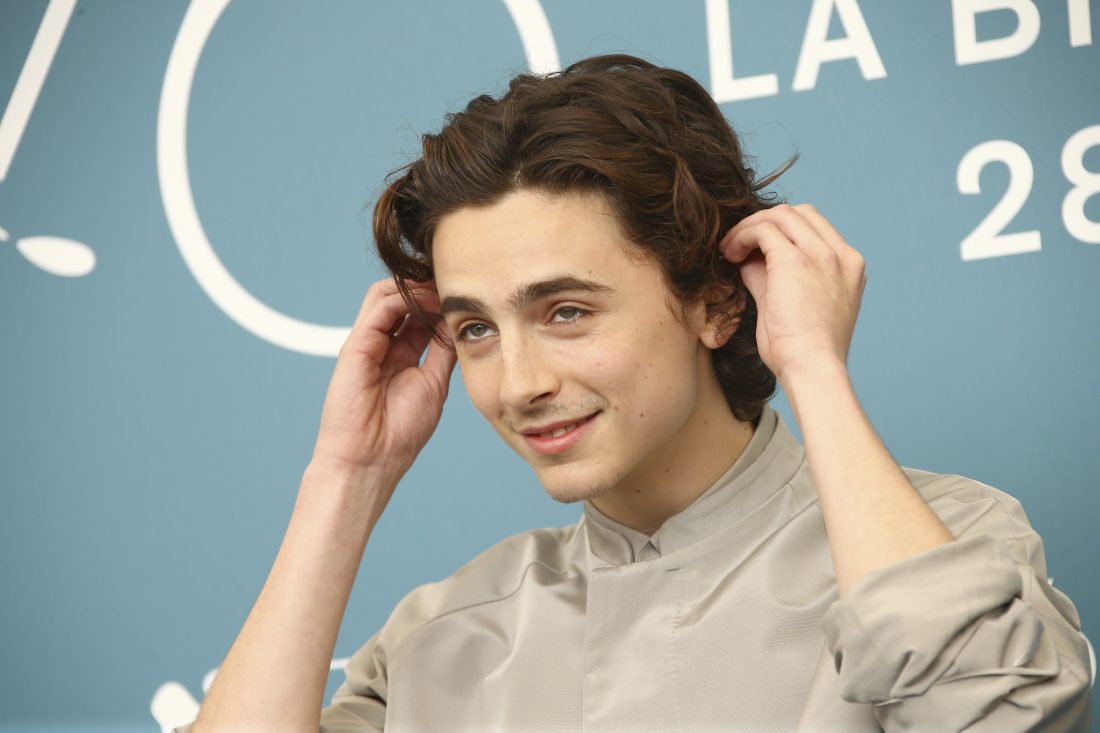 Actor Timothee Chalamet poses for photographers at the photo call for the film 'The King' at the 76th edition of the Venice Film Festival in Venice, Italy, Monday, Sept. 2, 2019. (Photo by Joel C Ryan/Invision/AP)

VENICE, Italy — Timothée Chalamet is already one of the most acclaimed young actors working today, but he says that the prospect playing young Henry V in “The King” was terrifying.

“It was a real challenge for me,” Chalamet said Monday at the Venice International Film Festival, where the film is having its world premiere. “It was terrifying at the same time but I had an amazing time.”

He was drawn to the project simply because he was out of his wheelhouse. The 23-year-old has been nominated for an Oscar, but he’s never done stunts, worked with swords or played a role quite like this. And not many people his age have.

The film is drawn from Shakespeare’s “Henry V” as well as “Henry IV” parts one and two. Co-writer and co-star Joel Edgerton, who plays Falstaff, had had a formative experience doing the plays. But they’d often cast older actors who had the perceived gravitas and experience for the part.

“There was a real aversion to using younger actors for these roles,” Chalamet said. “At the time power was wielded by unusually young people…That felt new and unique to explore.”

He said there is something “disturbed” about young people having so much power.

The film follows young Henry, or Hal, from his drunken days in Eastcheap to his early days as King of England, a position he never wanted and takes reluctantly when his father, Henry IV (Ben Mendelsohn), dies.

David Michôd (“War Machine”) co-wrote the script with Edgerton and co-wrote the movie even though he never saw himself doing a “swords and horses” epic. But he was intrigued to put his own spin on the plays, adding things from history and making up, “A whole bunch of stuff.”

When asked about Robert Pattinson playing a dandy version of the Dauphin — the son of King Charles of France — and whether or not that was rooted in history, Michôd said, “I honestly can’t remember what’s real, what’s made up and what’s from Shakespeare.”

But, he added, having worked with Pattinson before on “The Rover,” that it was “important to me that when he appeard in the movie, he does so with razzle dazzle.”

“The King” is playing out of competition at Venice, and is one of three Netflix films, including “The Laundromat” and “Marriage Story” making their debut on the Lido. It will open in theaters Oct. 11, before hitting Netflix on Nov. 1.

Chalamet, meanwhile, also has “Little Women” coming to theaters this Christmas, reuniting him with his “Lady Bird” director Greta Gerwig.

“I’m really trying to just do great projects and things that are challenging,” Chalamet said. “I feel I’m really still learning and trying to chase whatever best version of an actor I can be.”