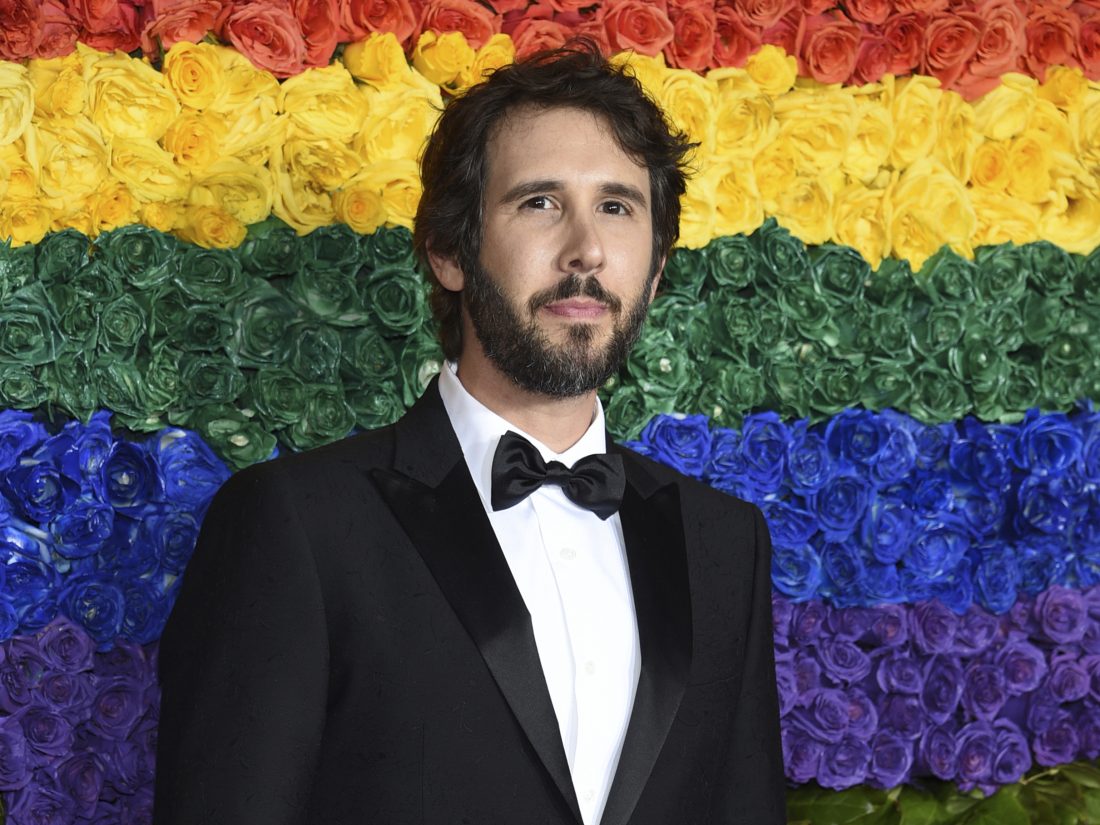 FILE - This June 9, 2019 file photo shows Josh Groban at the 73rd annual Tony Awards in New York. The Madison Square Garden Company (MSG) announced Tuesday, Oct. 8, that Groban will debut a one-of-a-kind residency at New York’s iconic Radio City Music Hall beginning in 2020. The series will kick off on Feb. 14, 2020, and continue on April 18, with tickets for the first two shows going on sale on Friday, October 11. (Photo by Evan Agostini/Invision/AP, File)

The singer-songwriter said Tuesday he has booked New York’s City’s massive Radio City Music Hall for a Feb. 14 show that he promises will be a night of music with special guests and plenty of spontaneous, off-the-cuff segments.

“I am most fulfilled when I am most scared so I’m excited to have the opportunity to terrify myself,” Groban told The Associated Press on the eve of the announcement. “As my tours have gone on, I have found that really where the good stuff lies is when you let go.”

In addition to Valentine’s Day, Groban has also booked Radio City for April 18 and hopes he will return to the venue for a new show every few months. Tickets for the first two shows go on sale Friday.

“This is something that’s so fun an idea for us that if this winds up just being two shows, it still would have been an incredible experience. I’m just excited to get in there and do this,” he said. “If it’s something people love to see, I’ll keep coming back.”

While details are still being worked out, the show will have an orchestra, band and choir — “all the bells and whistles that go into a regular ‘me’ show,” Groban said — plus guests and impromptu interactions with fans. He promised that no two shows will be the same.

“Everything that we have up our sleeve is still completely in development,” he said. “We have a 100 ideas and we are going to, from now until Feb. 14, whittle them down,” he said.

“The key was to make it loose, to make it impromptu. My fans have seen 18 years of touring where they’ve seen a very well-rehearsed show but then there have been these glimpses of really improvisational, fun moments that can occur even in the arenas. And those are the moments where the room just lights up.”

He compared Radio City to places like Yankee Stadium and Madison Square Garden. “There’s something holy about those places. You walk into a space that has so much energy from past performances, the history that’s in the walls.”

There’s also a more personal element to picking the venue. Groban early in his career played three nights at Radio City Music Hall. “The first time I felt the love and support of a New York audience was at that theater,” he said.