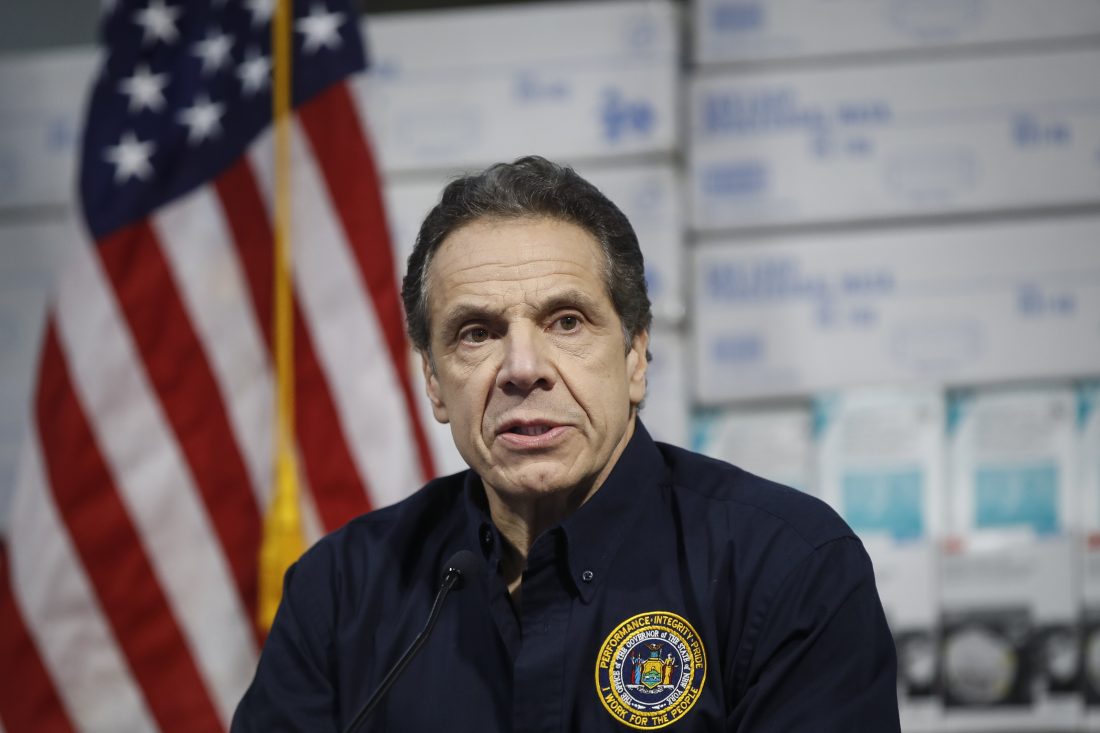 ap photo In this March 24 photo, New York Gov. Andrew Cuomo speaks during a news conference in New York. Cuomo will be a guest on the documentary news show “Axios” on HBO, moving to a new night on Monday.

NEW YORK — No one can accuse Axios co-founder and CEO Jim VandeHei of small dreams for his bi-weekly news series on HBO, which is ramping up production to air nearly every two weeks for the rest of the year and moving to Monday nights.

“If you’re going to design a ’60 Minutes’ for the new generation, it might look something like what we’re putting together,” he said. “Our ambition with it is we want to have influence on a consistent basis like a ’60 Minutes.'”

Axios’ concentration on the intersection between politics, the media, business and technology is reflected in interviews that are the centerpiece of the HBO show. Monday’s episode, the 18th one of the show since its premiere in Nov. 4, 2018, includes talks with New York Gov. Andrew Cuomo and Walmart CEO Doug McMillon.

Recent interviews include Jonathan Swan’s talk, conducted remotely, with Cui Tiankai, the Chinese ambassador to the United States, and VandeHei talking with Donald Trump Jr. in front of an audience of his father’s supporters in Wisconsin.

“What we have is 50 years of public trust and still, I would argue, the best group of television journalists in the business,” Owens said. “That’s taken a long time to assemble. Axios is just starting out and trying to do that. I salute them.”

Axios’ focus is more about the future than the past, said Matthew O’Neill, who produces the television show with Perri Peltz.

“It’s about pitching forward, it’s about what’s next,” O’Neill said. “It’s about driving the conversation. There is an aspect to that I think the audience is really hungering for.”

Although some interviews, like with Joe Biden and Tiankai, take up entire episodes, most shows have other elements, including a short documentary and animation segment. One memorable short piece last month followed a scientist in Nepal who had to phone a top government official with the news of the country’s first positive coronavirus test. The official asked that the news of the positive test be kept secret — as Axios’ cameras recorded the conversation.

O’Neill and Peltz bring a background in documentaries to the news immediacy of Axios’ journalists, and HBO executives add their own sensibility.

“You have those three things playing off each other that I think gives you something unique and different,” VandeHei said.