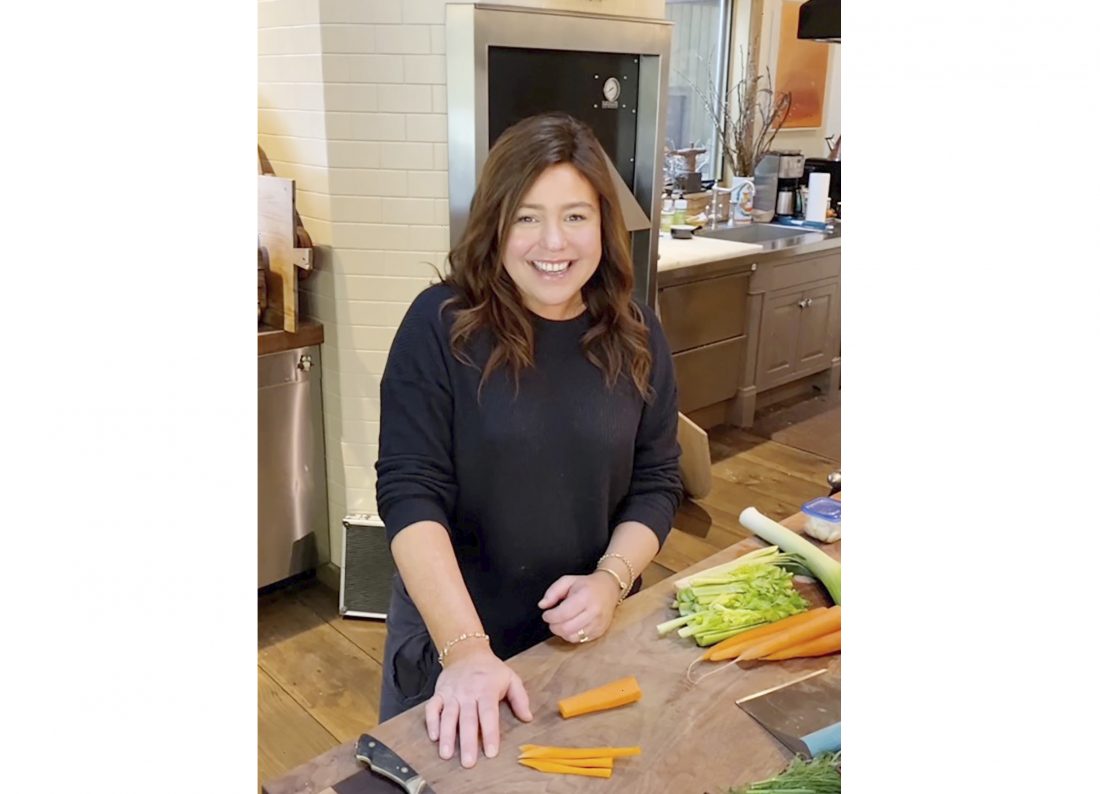 ap photo Rachael Ray cooks in her home kitchen in upstate New York. Ray is taping “#STAYHOME With Rachael” two days a week from her home.

Rachael Ray had big plans for the quarantine break at her home in upstate New York. She envisioned “a Renaissance time,” rereading the classics, resuming her Danish lessons and studying Italian.

“I was going to get more serious about my painting. I had all these lofty goals … and none of that’s happening,” the popular daytime talk show host told The Associated Press in a phone interview.

“We have never worked this hard in our entire lives,” said Ray, who is taping “#STAYHOME With Rachael” two days a week from her home.

She wears sweats and no makeup, cooking low-budget meals based around pantry staples like chickpeas and pasta, offering a refreshing peek into her kitchen — she misplaces the garlic sometimes — and a comforting smile.

“This is a weird time. I can’t say there’s a silver lining … but there are found moments every day,” she said at the start of the first at home show.

She recently announced her organizations will donate $4 million to several charities including food banks and relief funds for laid off restaurant workers, saying she wanted to “help people more than just, ‘hey, here’s three things you can do with canned tuna’.”

Half the money will go to animal rescue. The animal lover says “a lot of the shelters can’t afford to keep going, there’s no workers. Animals are in crisis too.”

That’s the answer she gives when asked why she’s donating so much — and also she’s afraid of her mother.

No, she’s not afraid that she might contract the virus, she’s “absolutely scared to death” of the 85-year-old tough Sicilian who lives across the street.